A major winter storm blanketed parts of the Chicago area with more than a foot of snow overnight, with the blast of winter weather continuing into Tuesday morning and making for hazardous conditions.

Here's the latest on what you need to know about the winter storm from across the Chicago area:

Chicago crews are being forced to bring in heavy equipment to "relocate" snow as the city works to dig out from a massive storm that dumped more than a foot and a half on already snow-covered areas.

"We're working on relocating the snow. This is not the kind of snow that's just going to melt so we've designated some areas so that we can start relocating it with some heavy equipment," said Department of Streets and Sanitation Commissioner John Tully.

Tully said as crews begin to shift from clearing main roadways to plowing side streets, many will bring in heavy equipment like high lifts, backhoes and semis, which will then "haul out some of that snow."

The federal government said Tuesday that shipping delays are expected across the country, including in Illinois, as winter weather wreaks havoc on several states.

According to Illinois Gov. J.B. Pritzker's office, "the federal government has notified all states of COVID-19 vaccine delivery delays across the entire country due to adverse weather and road conditions."

According to the U.S. Department of Health and Human Services and Operation Warp Speed deliveries slated for Tuesday would be "significantly impacted" as adverse weather impacted operations at facilities where "vaccines and ancillary supply kits originate."

The departments warned that delays could continue throughout the week.

Similarly, Chicago reported Tuesday that more than 100 providers were left without their expected shipments due to winter weather conditions.

In a Facebook post Monday night, city officials said a 69 households near Green Bay Road and Highland Place would be out of gas service due to a gas line fire, encouraging residents to utilize local warming centers amid the freezing temperatures.

"Due to the cold temperatures, residents without gas service may take advantage of the two overnight warming centers or seek overnight accommodation at an area hotel," the post read. "The City has made arrangements for a discounted rate. Income-qualified individuals may be eligible for a fee waiver."

Chicago Officials to Update at 3 p.m. as City Works to Dig Out of Snow

Chicago officials will hold a press briefing Tuesday afternoon as they update on the city's efforts to dig out of snow after a massive snowstorm dumped as much as 18 inches on parts of the city.

The briefing will include the Office of Emergency Management, Department of Streets and Sanitation and more as they aim "to provide information on the city’s coordinated response efforts the snow storm and prolonged cold temperatures."

Watch live at 3 p.m. in the player above.

Abandoned Building Collapses on South Side; 3rd Building This Month

An abandoned building collapsed Tuesday in the Brainerd neighborhood after a snowstorm dumped a foot of snow in Chicago.

No injuries were reported in the collapse in the 700 block of West 91st Street, according to preliminary information from Chicago police.

At least three other buildings have collapsed recently in Chicago due to snowy roofs.

Gov. J.B. Pritzker issued a disaster proclamation Tuesday for all Illinois counties after a "dangerous" winter storm swept through the region, leaving many without power.

The storm, which brought extreme wind chills, power outages and accumulating snow, left approximately 7,000 Illinois households without power as of Tuesday morning, according to state officials.

“I have directed my administration to use all resources at our disposal to keep our communities safe amid dangerous and ongoing winter weather,” Pritzker said. “We are in communication with local governments to ensure they have the support they need in disaster response and recovery operations. We are also working with our federal partners to pursue federal assistance to help communities recover and to do what we can to protect ratepayers from soaring utility bills."

Winter Storm Warnings End for Most, Continue for Some

The winter storm warnings and weather advisories were canceled across much of the Chicago area Tuesday morning, but for Porter County in Indiana and Kenosha County in Wisconsin, things continue through 3 p.m. CST.

Service on multiple Chicago Transit Authority train lines was suspended early Tuesday due to problems that arose as a major snowstorm pummeled the city.

Switching problems at Midway also temporarily shut down service on the Orange Line between Pulaski and Midway, the CTA said. Major delays were also reported on Brown Line trains at Kimball.

A winter storm warning remained in effect in parts of the Chicago area early Tuesday, with more lake effect snow to continue.

Cook County and Lake County in Illinois will remain under a winter storm warning through 12 p.m. Tuesday, according to the National Weather Service.

A winter storm warning for Kankakee, Kendall, Will, Grundy, Livingston and DuPage counties in Illinois, along with Lake, Newton and Jasper counties in northwest Indiana expired at 9 a.m. Tuesday, as did winter weather advisories in LaSalle, Kane, McHenry and DeKalb counties.

See Snowfall Totals So Far From Across the Chicago Area

A massive snowstorm dumped more than a foot of snow in some parts of the Chicago area beginning Monday and continuing into Tuesday.

Just how much snow has fallen in this latest blast of winter weather? Here's a look at the latest snowfall totals from around the area, according to the National Weather Service:

Dozens of school districts have canceled classes or announced that they will move to e-learning on Tuesday as a result of the winter weather.

According to the latest updates from the Emergency Closing Center website, dozens of districts have announced that they will either fully cancel classes or move to e-learning as a result of the severe weather.

All in-person classes in Chicago Public Schools were canceled on Tuesday, with those classes transitioning to remote learning.

More Than 150 Flights Canceled at Chicago Airports Amid Snowstorm

More than 150 flights have been canceled at Chicago’s airports Tuesday as heavy snow and frigid temperatures continue to grip the region.

Chicago closed its vaccination sites Tuesday as a winter storm dumped roughly 18 inches of snow on some locations.

Officials said all vaccination sites operated by the city would be closed alongside city-run testing sites. Those with appointments for Tuesday "will be notified of changes."

"The City is assessing the overall impact from the storm and will make decisions regarding testing and vaccine operations on a day-to-day basis during the inclement weather," city officials said in a release.

As a result of continued snow and dangerous travel conditions, the Circuit Court of Cook County will only conduct proceedings by video conference and teleconference Tuesday.

Litigants who cannot attend by Zoom, due to any technical limitations, will not suffer any adverse consequences, according to a news release. Traffic court proceedings also will be held by teleconference.

The Illinois Department of Transportation continued snow removal operations during the overnight hours and into Tuesday morning.

In a tweet on Monday evening, IDOT said some local agencies had decided to suspend plowing "out of an abundance of caution," though it did not specify which agencies made that decision.

Transportation officials reiterated that conditions are treacherous and it was "not the night to be driving."

City Colleges of Chicago announced Monday that all in-person classes would be switched to remote learning on Tuesday.

The news came as dozens of city and suburban school districts cancel classes due to the weather. Several colleges, including DePaul, UIC and the University of Chicago, have also canceled in-person learning.

You can find a full list of current school closures here.

ComEd Steps Up Staffing to Deal With Potential Power Outages

ComEd is stepping up staffing and response crews in the event of any power outages caused by the severe winter weather.

In a statement, the company emphasized that it did not anticipate major storm-related power outages because of the lack of ice on trees and power lines, which lead to more outages than heavy snow typically does.

Still, the company says that they are doubling up crews that are involved in responding to outage tickets, and that they have extra staff available overnight Monday and into Tuesday.

This news comes as ComEd crews report to West Virginia, Kentucky and Tennessee to give a hand to crews battling the damage caused by recent ice storms in those states. Approximately 350 crew and contract workers were sent out, and those crews are expected to remain out of state for at least the next week.

Several of Cook County Health's COVID-19 vaccination sites will be closed Tuesday as a result of the snow and hazardous travel conditions.

Patients who are scheduled for appointments on Tuesday will be contacted and rescheduled this week, according to a news release.

More Than 300 Plows Hit Streets of Chicago Amid Winter Storm

With more than two inches of snow per hour possible through the overnight hours, the city of Chicago has activated its fleet of snow removal vehicles, with more than 300 expected to be out during the height of the storm.

All in-person classes in Chicago Public Schools will be moved to remote learning on Tuesday due to heavy snowfall, the district says.

CPS students in pre-K and cluster learning classes will move to remote learning because of the storm.

“Safety is our highest priority which is why we have decided to move all classes to remote instruction for tomorrow, February 16,” said CPS CEO Dr. Janice K. Jackson. “The extreme weather conditions expected tonight and tomorrow could present a hazardous commute to families of pre-k and cluster program students who selected in-person learning, and  in the interest of safety we are cancelling in-person classes. We expect in-person learning to resume on Wednesday and will keep families updated as additional information becomes available.”

Snow and Cold: The Advice You Need to Get Through Chicago Winters

As temperatures drop or heavy snow falls, things can get dangerous.

It's important to be prepared, take precautions and know your resources.

Here's a look at some things you should know as you take on Chicago winters, including the symptoms of hypothermia, how to properly dress in the cold, and much more.

Due to the winter conditions hitting Chicago, officials announced that city-run COVID testing sites will not be open Tuesday. 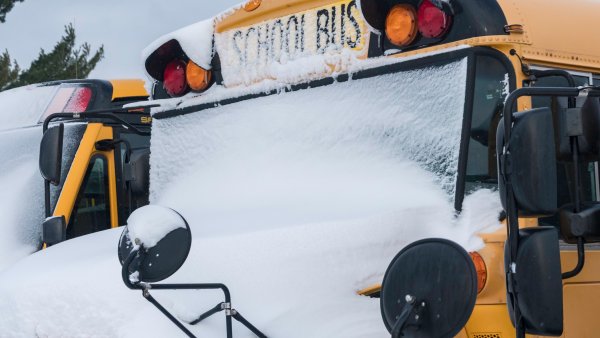 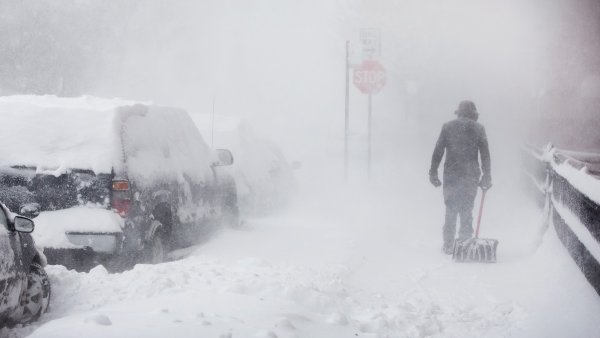 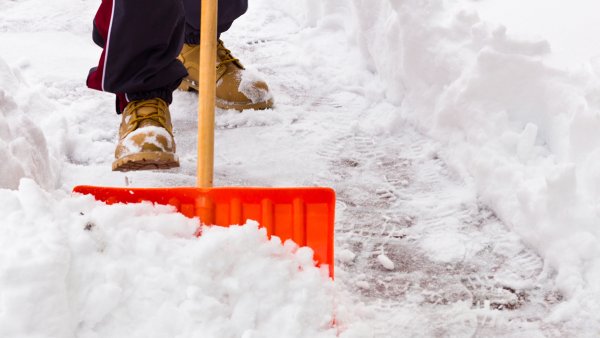 Winter Storm: Snowfall Totals in the Chicago Area So Far

Track Snow Live: See Where the Winter Storm is Hitting in Real Time With Live Doppler 5

While many already saw accumulating snowfall overnight and into Monday morning, more is on the way.

Track the system as it moves through the area live using our Live Doppler 5 radar.