A winter storm has moved into the Chicago area, bringing with it the threat for accumulating snow, freezing rain and rain in a wintry mix that could spell trouble for commuters.

Here are the latest updates as the storm makes its way through the area:

Snow and ice-covered roads made for dangerous travel conditions for early morning commuters.

As of early Wednesday, every Chicago-area county reported partly- to mostly-covered roadways, according to the Illinois Department of Transportation.

In McHenry County, there were reports of roads completely covered in snow and ice.

For Cook, DeKalb, Grundy, Kankakee, Kendall, Lake and LaSalle counties the orads were mostly covered and for DuPage, Kane and Will, partly-covered conditions were reported.

No major accidents, but several minor ones were reported across the area by 5:30 a.m.

NBC 5’s Natalie Martinez has the details on a winter storm that has hit the Chicago area on Tuesday. 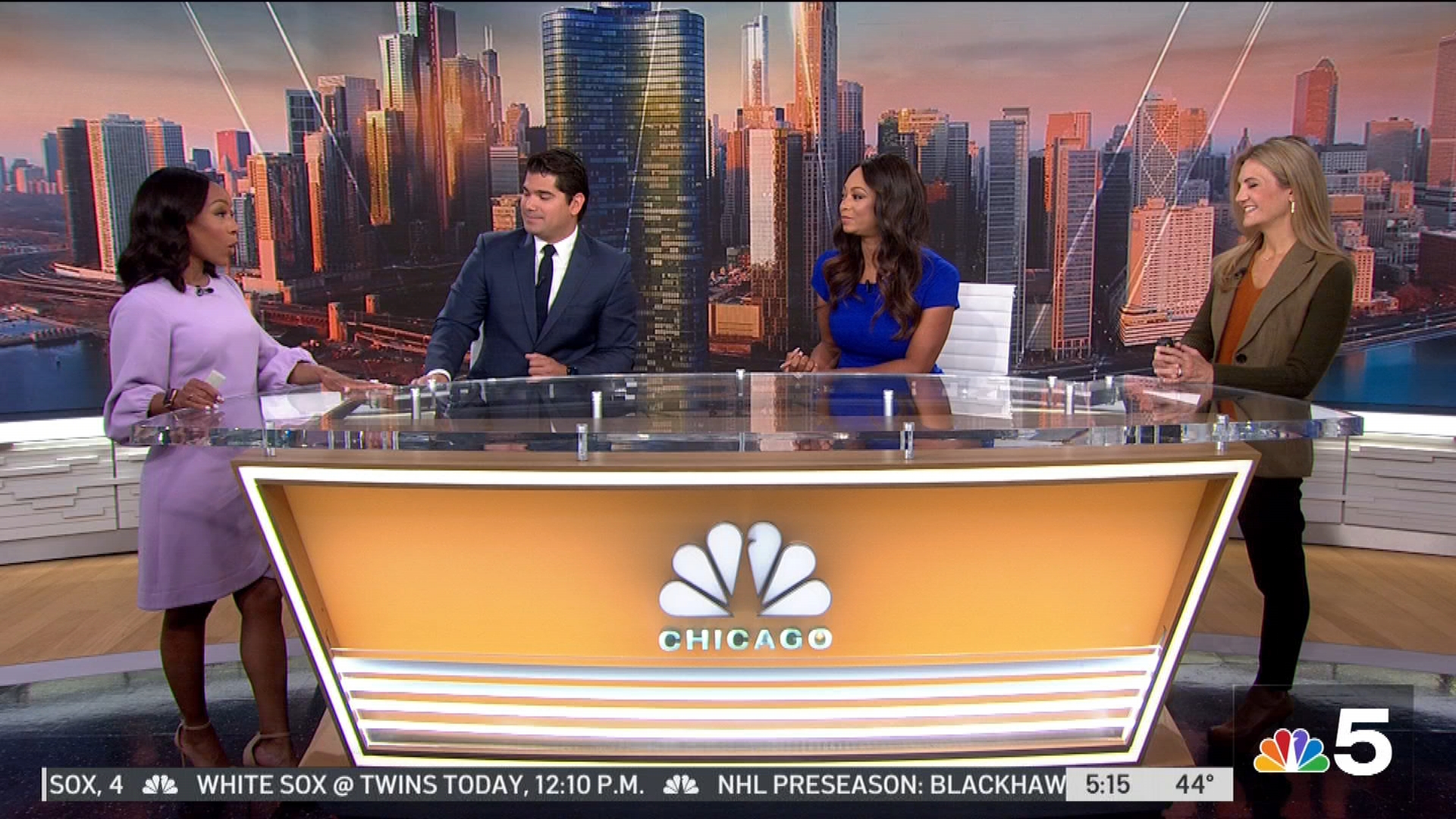 After a day that saw plenty of snow and some sleet in the Chicago area, things will continue to be treacherous for motorists in the overnight hours.

According to current forecast models, icy conditions are expected throughout the overnight, with temperatures near or below the freezing mark for most of the night and the early morning.

Secondary roads are expected to remain icy, and morning commutes could be challenging on area roadways.

NBC 5’s Trina Orlando covers the impact of the storm on the city of Chicago.

9:52 p.m.: Snow totals continue to pile up in suburban communities

Areas west of Chicago were especially hard hit by Tuesday's snowfall, according to the National Weather Service.

Officials say 3.2 inches of snow fell at Midway International Airport in Chicago, while total snowfall is still being tabulated at O'Hare.

The 9th Street bridge in Lockport, which was closed for several hours, has reopened after vehicles that had spun out were removed from the roadway.

Meanwhile, traffic is beginning to clear on northbound Interstate 55 near Channahon after several semi trucks became stuck, unable to make their way up a steep hill because of icy conditions.

A thin layer of ice has developed on some area roadways, causing crashes and closures. NBC 5’s Alex Maragos has more details on the storm’s impact on the region.

At Midway, at least 3.2 inches of snow have fallen so far, and another 1.3 inches of snow were recorded at O'Hare, although that total has yet to be updated from the last burst of snow to move through the region.

Multiple area roadways have ben closed due to icy and snowy conditions as snow plow crews struggle to keep up with rapid snowfall and freezing conditions.

On Interstate 55 near suburban Channahon, extensive traffic delays are being reported on the northbound side of the roadway, as multiple semi-trucks have been unable to make it up a steep hill in the area. Icy conditions are to blame in the area, with state police saying that the roadway is largely iced over.

In suburban Lockport, the 9th Street bridge over the Des Plaines River is closed due to multiple accidents caused by icy and snowy conditions on the roadway. The street is closed in both directions between Route 53 (Independence Boulevard) and State Street (Route 171) because of the conditions.

The National Weather Service offices in Romeoville have measured 3.2 inches of snow so far Tuesday, according to the agency.

Boulder Hill in Will County and Carbon Hill in Grundy County are still the locations with the highest totals reported so far, with 3.8 inches of snow falling in both communities.

5:20 p.m.: Flight cancellations continue to add up at Chicago airports

5:15 p.m.: Snowfall totals begin emerging from across the area

We are beginning to get our first reports of snowfall totals from across the area as a winter storm barrels its way through the region.

Here are the latest totals we have so far:

We will continue to update these figures as they become available.

With a winter storm moving its way into the Chicago area, the Department of Streets and Sanitation has now activated a “Phase III” response, meaning that even more snow vehicles will make their way onto city streets in the coming hours.

According to a press release from DSS, a total of 287 snow vehicles will be out on the streets, with salt spreaders and snow plows focusing on arterial routes and Lake Shore Drive to help keep those routes passable for motorists and buses.

After those streets are cleared, vehicles will move to residential streets as needed.

Nearly 200 flights have been canceled at Chicago’s airports on Tuesday as a winter storm barrels its way into the region.

With a winter storm warning taking effect in parts of Cook County, the Chicago Department of Aviation says that 120 flights have been canceled at O’Hare International Airport so far on Tuesday, with 70 more flights canceled at Midway as a result of the storm.

Flights delays are still under 15 minutes at both airports, but that could change as the wintry system works its way through the city and suburbs.

Chicago officials announced 211 snow vehicles will be deployed Tuesday evening to respond to expected snow from a winter storm hitting the area overnight.

A winter storm warning issued for McHenry and DeKalb counties took effect at 3 p.m. Tuesday and continues through 9 a.m. Wednesday. That alert was later updated to add northern Cook, Lake and Kane counties in Illinois.

Elsewhere in the Chicago area, a winter weather advisory began at 3 p.m. Tuesday.

2 p.m.: Snow expected to develop across Chicago area before transitioning to freezing rain and rain