Illinois Gov. J.B. Pritzker on Wednesday once again warned that state officials would take "immediate action" to impose more coronavirus restrictions if certain metrics are reached in any of the 11 health care regions across the state.

One downstate region is "dangerously close" to seeing that happen, he said, as the state reported its largest one-day addition of new cases since June 2.

Here are the latest coronavirus updates from around Illinois today, July 22:

If a region hits three consecutive days of an 8% average positivity rate, or sees a sustained increase in both positivity rate and hospital admissions, additional mitigations will automatically be put in place, state health officials said.

Any mitigations would be imposed on a three-tiered plan, ranging from reducing capacity at businesses in various industries to shutting down operations in some of the spaces that pose a higher risk of transmission, like indoor dining and bars or salons and personal care services.

Illinois Department of Public Health Director Dr. Ngozi Ezike compares wearing a mask in public to wearing a seatbelt in a vehicle, urging residents to continue to comply with health guidance as the coronavirus pandemic continues.

One of Illinois' 11 health care regions is "dangerously close" to seeing more restrictions put in place to slow the spread of the deadly coronavirus, Gov. J.B. Pritzker warned.

Some residents of Region 4 travel frequently into Missouri, state health officials said, noting that the state has less stringent mitigation measures in place and an overall higher positivity rate than Illinois.

Illinois health officials reported nearly 1,600 new cases of coronavirus on Wednesday, as well as 23 additional deaths as a result of the virus.

According to officials, the 1,598 new cases bring the state’s total number of coronavirus cases to 165,301 since the pandemic began.

According to the Illinois Department of Public Health, the rolling 7-day positivity rate increased very slightly, from 3.2 percent.

Over the last seven days, all four of those states have seen a smaller total of new cases than Illinois, which reported 7,992 new cases in the past week, according to data from the Centers for Disease Control and Prevention, which may vary slightly from Illinois Department of Public Health data.

Michigan saw 5,197 new cases, roughly two-thirds of what Illinois reported, the CDC reports. New York, which has a much higher population than Illinois and has reported the most total coronavirus cases in the country, reported 4,679 cases in the past seven days, just over half of Illinois' total. Massachusetts saw 1,962 cases and New Jersey reported 1,441 new cases in the last seven days.

More details, and a chart showing a comparison of each state's latest coronavirus data, can be found here:

School District U-46 officials have released a reopening plan that aims to begin instruction later and entirely online at first.

The U-46 school district is one of the largest in Illinois, with nearly 39,000 students in 40 elementary schools, eight middle schools and five high schools, according to the district's website. It serves the communities of Bartlett, Elgin, Hanover Park, South Elgin, Streamwood and Wayne, along with portions of Carol Stream, Hoffman Estates, St. Charles, Schaumburg and West Chicago.

Wisconsin ‘Very Close' to Being Added to Chicago's Travel Order

Wisconsin's increase in coronavirus cases puts it "very close" to the cutoff at which Chicago officials would add the state to its emergency travel order requiring anyone entering or returning to the city from more than a dozen states to quarantine for two weeks.

"The City continues to closely monitor the spread of COVID-19 in other regions across the country, including neighboring states such as Wisconsin where the case rate is very close to the cut off for quarantine," Chicago Mayor Lori Lightfoot's office said in a statement announcing an update to the order on Tuesday.

Wisconsin reported 703 new coronavirus cases Monday, bringing the statewide total to 43,018 confirmed cases since the pandemic began. The state has seen 846 deaths associated with the virus. Wisconsin health officials say that the positivity rate of tests reported in the state on both Sunday and Monday was just over 10%.

The city's travel order is assessed on a weekly basis to determine if states should be added or removed from the list of locations travelers must quarantine from, meaning Wisconsin could be added to the list as early as next week. 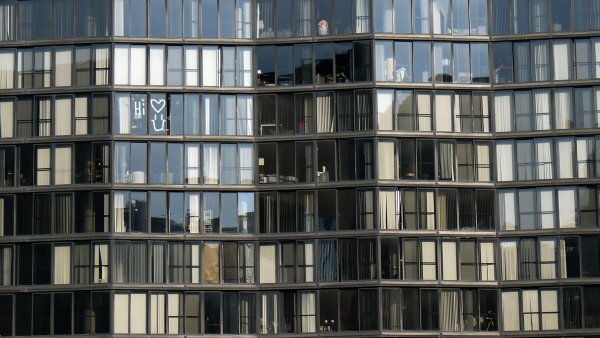 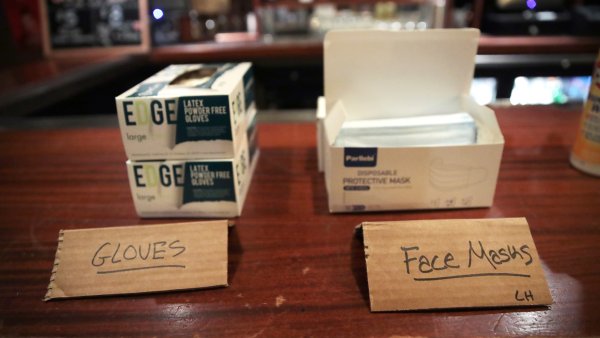 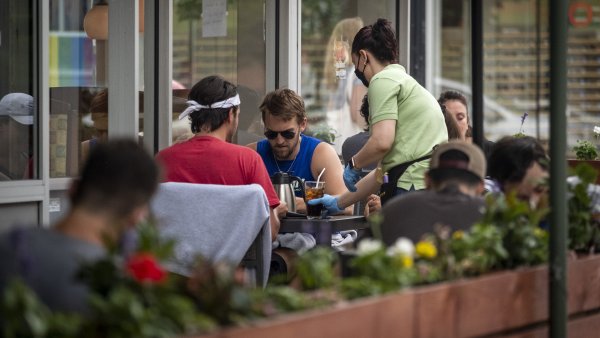 Illinois health officials reported 955 new cases of coronavirus on Tuesday, as well as 23 additional deaths as a result of the virus.

According to officials, those new cases bring the state’s total number of coronavirus cases to 163,703 since the pandemic began.

The additional deaths give the state a total of 7,324 fatalities related to the virus.

According to the Illinois Department of Public Health, the rolling 7-day positivity rate increased very slightly, from 3.1 percent.

According to hospitalization data, the state remains near its low watermarks for hospitalizations and ventilator usage since such data became publicly available in April. As of Tuesday, 1,466 patients are currently hospitalized in Illinois due to coronavirus, with 320 of those patients in intensive care units.

A total of 142 patients are currently on ventilators due to coronavirus.

Chicago Mayor Lori Lightfoot joined Chicago sports teams to announce the launch of the “We Are All One Home Team” campaign, her office said in a release Tuesday.

Chicago Mayor Lori Lightfoot joined Chicago sports teams to announce the launch of the “We Are All One Home Team” campaign, aimed at “city’s young adults.”

Chicago's travel order has been updated once again, with Kansas added to the list of states the city now requires a quarantine from.

The addition to the city's travel order will take effect at 12:01 a.m. Friday, according to city officials.

Adding Kansas to the list now brings the total number of states the city requires a quarantine from to 18.

As of Friday, the order was updated to add Iowa and Oklahoma, according to the city's website.