Casinos across Illinois are allowed to reopen to in-person gambling for the first time in months with some major changes on Wednesday.

That development comes as the city of Chicago says it will begin to resume normal ticketing enforcement, which was suspended in mid-March.

Here are the latest developments on the coronavirus crisis today (July 1):

The Illinois Department of Public Health has confirmed 828 new cases of coronavirus on Wednesday, along with 30 additional deaths.

According to state officials, 144,013 cases of the virus have now been confirmed across the state, with a total of 6,951 fatalities confirmed during the ongoing pandemic.

Illinois once again set a new high watermark for testing on Wednesday, with 33,090 coronavirus tests returned to state labs. That brings the state’s total to 1,636,055 since the pandemic began.

Two Chicago restaurants have closed their doors following coronavirus exposure as dining resumed in limited fashion in the city during the pandemic.

Fork in the city's Lincoln Square neighborhood became the latest to shut its doors temporarily, announcing Monday that the restaurant "had exposure to Covid-19."

"We look forward to seeing all your smiling faces again on July 8. Thank you for your patience, support and understanding," the post read.

Last week, Longman and Eagle announced a staff member had tested positive for the virus and the restaurant would be shutting down temporarily.

Casinos Allowed to Reopen With Restrictions

Ten casinos in Illinois were allowed to begin reopening for in-person gambling with some major changes on Wednesday.

The Illinois Gaming Board announced the reopening last month as the state continues to lift restrictions put in place to slow the spread of the deadly coronavirus. Under the new guidelines, in-person video and casino gaming can resume at 9 a.m. for the first time since March.

The reopening comes with plenty of changes for casinos in the state. There will be occupancy limits, social distancing guidelines, and more. Each facility was required to send an individual plan in order to reopen.

Capacity will be limited to no more than 50%, seating will be reduced at gaming tables and there will be fewer slot machines under the new regulations. Face coverings and health screenings are required for all employees and guests, regulators say, while buffets and valet parking are among the elements not allowed to resume operations.

Lightfoot to Speak at Library Reopening

Chicago Mayor Lori Lightfoot is expected to speak at the reopening of the newly renovated Merlo Branch of the Chicago Public Library.

Lightfoot will be joined by Ald. Tom Tunney and Chicago Public Library Commissioner Andrea Telli at a news conference. The event is scheduled for 1 p.m. at the library, located at 644 W. Belmont Ave., per her public schedule.

The city of Chicago's ticketing enforcement returns to normal with the start of the new month, officials say. Ticketing of certain vehicle violations was temporarily suspended in March but will resume for street sweeping beginning Wednesday.

City officials say booting will follow on July 6, and ticketing for expired city sticker and residential parking permits will return on July 16. Ticketing for expired vehicle registration enforcement will begin in October, per the Illinois Secretary of State's deadline extension.

Debt collection, non-safety vehicle impoundments and ticket issuance were suspended in March, Mayor Lori Lightfoot said, in an effort to relieve financial pressure of the pandemic on residents. After the city entered phase four of reopening on Friday, debt collection and payment plan defaults will resume, her office said Tuesday.

Couple Sues IDPH, Board of Education

A southern Illinois couple has filed a lawsuit against the Illinois Department of Public Health and the State Board of Education, alleging that the state’s plans to reopen schools this fall with safety protocols in place will “result in immediate and irreparable harm” to their three children.

The suit, filed in Clay County by James and Kali Mainer, requests a temporary restraining order that would put a halt to mandatory facial coverings, temperature checks, and limitations on groups of 50 or more individuals.

In the lawsuit, which was filed Tuesday, the couple alleges that the IDPH and ISBE “have promulgated unlawful, arbitrary and capricious mandates” that place an “unreasonable burden” on the family’s three children.

The family’s suit says that they have “protectable rights and interests at stake to be free from unlawful, arbitrary and capricious rule making,” and that the rules that state officials have formulated are “unlawful,” since they are only aimed at preventing the spread of coronavirus.

According to an email sent out by the sheriff’s office, video visitation will resume on July 6. Individuals wishing to come to the Lake County Jail for visitations can do so at no cost beginning on that date.

Remote video visitation will remain an option for those who choose to do it, the sheriff’s office said in the press release.

Minor League Baseball officials announced Tuesday that the 2020 season has been canceled after it was revealed that MLB would not be providing its affiliated clubs with players for the campaign.

The Cubs’ affiliates in Eugene, Myrtle Beach, Tennessee and Iowa, will not play this season. The Chicago White Sox affiliates in Great Falls, Kannapolis, Winston-Salem, Birmingham and Charlotte are also impacted.

Gov. J.B. Pritzker on Tuesday announced the state will expedite a portion of the Coronavirus Relief Fund, deploying $250 million to local governments in the coming months. The funds will go to governments in nearly 100 counties in Illinois using a "per capita and needs-based formula."

"We know that Illinois municipalities, counties, and local health departments have stepped up to take on significant costs throughout the COVID-19 pandemic – costs no one could have planned or budgeted for," Pritzker said in a statement. "From the beginning of this crisis, my administration has worked steadfastly to provide assistance and support to the communities hit hardest by this virus. While there's no question that more federal funds are needed to support vital local services like education, the Local CURE Program will provide much-needed relief for Illinois communities until an agreement is reached."

The federal funding will begin being disbursed in July.

Illinois conducted more than 30,000 coronavirus tests over the last 24 hours, with 724 new confirmed cases of the virus and 23 additional confirmed deaths.

According to the Illinois Department of Public Health, a total of 143,185 cases of the virus have now been confirmed across the state during the pandemic, along with 6,923 deaths in 101 of the state’s 102 counties.

In the last 24 hours, a total of 31,069 test specimens were turned in to state labs, bringing the new total statewide to 1,602,965. The slight drop in cases, along with an increase in tests, Tuesday dropped the seven-day positivity rate to 2.6 percent, according to state officials.

Chicago Mayor Lori Lightfoot and the Chicago Department of Public Health have awarded a $56 million grant to the Chicago Workforce Partnership to step up contact tracing efforts in the city.

The grant, given in collaboration with the University of Illinois at Chicago, University of Chicago and Malcolm X College, calls for the hiring of at least 600 individuals to help with contact tracing efforts, as the city hopes to prevent a resurgence of coronavirus.

“COVID-19’s outrageously disproportionate impact on Chicago’s most vulnerable communities has demanded that we as a city step up and take swift action to support our fellow residents in need,” Lightfoot said in a statement. “This exciting contact tracing initiative will not only significantly bolster our efforts to stay ahead of this terrible disease, but it will also create new jobs and opportunities for individuals to join in the fight against COVID-19, as well as develop invaluable skills for their own future careers in public health and patient care.”

The grant money will be used to create a group called the “COVID Tracing Corps” and the “COVID Resource Coordination Hub,” which will hire 600 individuals to provide contact tracing services in the city. 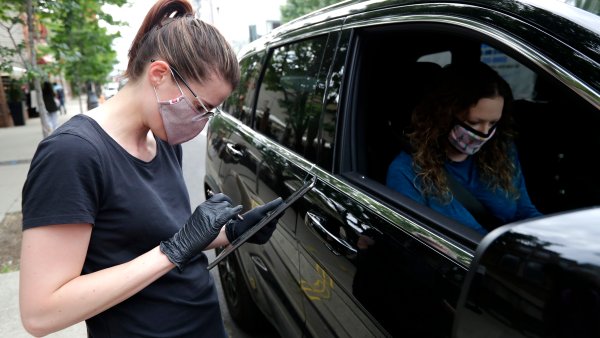 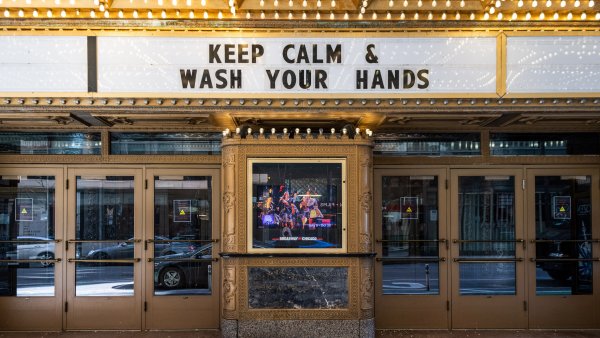 How Illinois Compares With Other States

At least a dozen states have reported more coronavirus cases than Illinois in the last seven days, including Florida, California, Texas, Arizona and Georgia, according to data from public health officials compiled by NBC 5 Investigates.

In recent days, Texas has passed Illinois in terms of overall cases since the pandemic began, and Florida could potentially pass Illinois within the next one-to-two days.