New Forecasts Give Predictions for Summer 2022 Weather in the Midwest

What will the weather be like this summer in the Chicago area?

Several predictions have been released in recent weeks and days offering guidance on what to expect for the coming months.

While predictions this far out can often be unreliable, they are largely based on trends seen in previous years.

According to the latest long-range predictions, things are looking to stay warm, but some locations may see some above-average precipitation.

The National Weather Service's Climate Prediction Center released its latest three-month outlook for May through July on Thursday, showing equal chances of either above or below-average temperatures across much of the Midwest. Meanwhile, regions like the Southwest and parts of the Northeast could see above-average temperatures, according to the projection.

The prediction also indicates the potential for average to slightly above-average precipitation for much of Illinois.

Earlier this month, the Weather Channel offered its own predictions, saying that temperatures look to be near-average or slightly cooler across the Midwest for the month of May, but by August, "above-average warmth will shift into parts of the Midwest and Northeast." 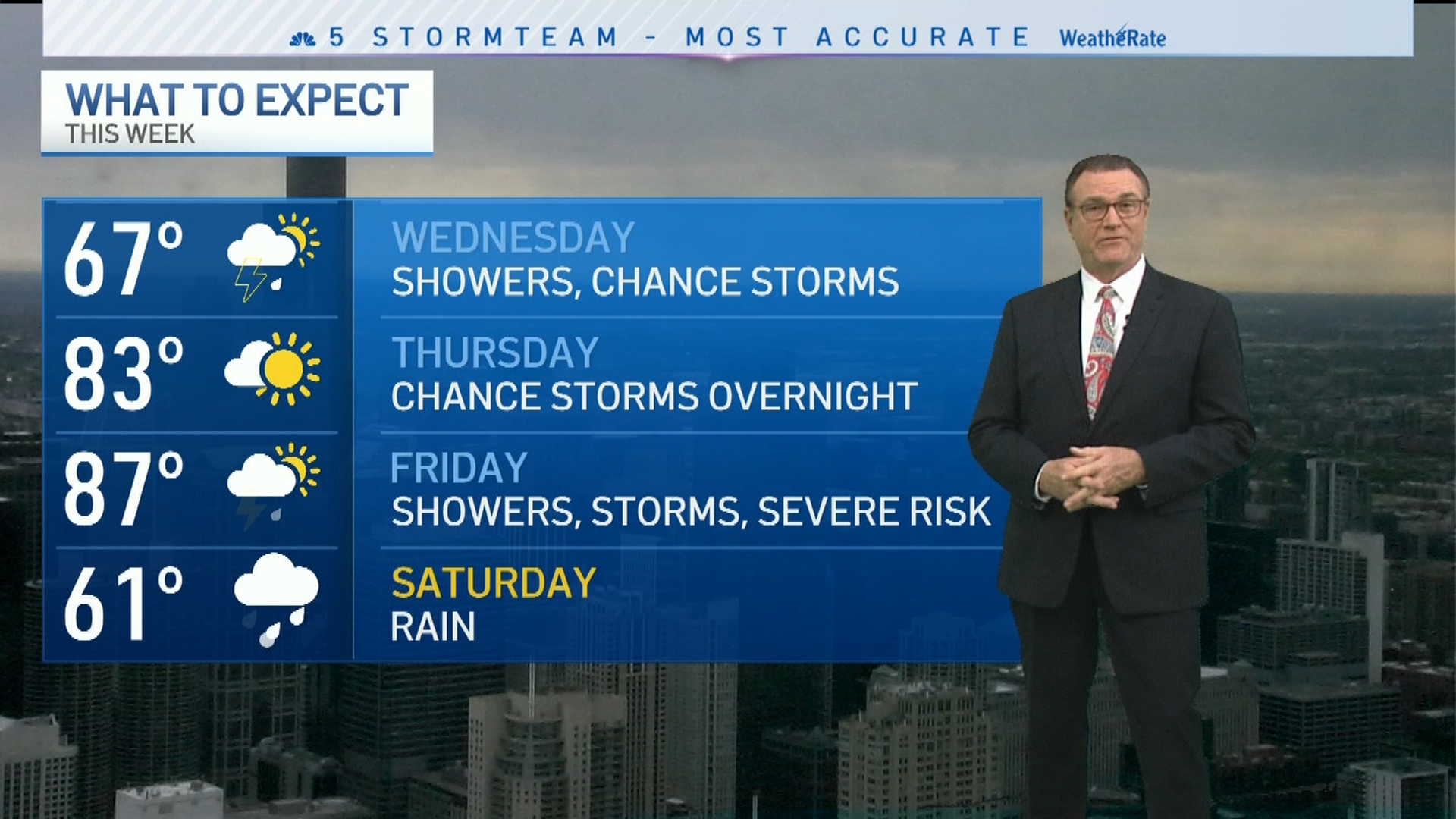 A large part of the reasoning behind the predictions is La Niña, which the Climate Prediction Center noted earlier this month is favored to continue through at least August, possibly even through the fall.

In a similar prediction, the Famers' Almanac forecasts "warm" and "showery" conditions for Illinois this summer.

"Only in New England and around the Great Lakes will the overall average temperatures tilt toward 'seasonably warm,' but that’s based on a wave of unseasonably cool air that arrives in September," the prediction states.

But the almanac adds that the transition from spring to summer will likely be a stormy one for the Great Lakes regions, "where we are predicting some big thunderstorms." Outside of that, the prediction calls for average precipitation this summer.

While long-range predictions focus on averages from previous seasons and can sometimes give a broad sense of what a season might look like, they often cannot project specific events like a severe weather outbreak, record-setting heat wave or even a prolonged cold snap as those are often not predictable beyond a week or two.

So what exactly will summer look like for the Chicago area? The real answer remains to be seen.