Chicago police say two dozen people were arrested and at least 17 police officers were treated for injuries after large demonstrations in downtown ended in violence Saturday evening, and now some elected officials are condemning Mayor Lori Lightfoot and Police Superintendent David Brown for their actions in the midst of the unrest.

The clashes began in downtown on Saturday evening after a day of mostly peaceful protests, with marchers moving from the South Side of the city into the Loop. Another group also gathered near Chicago’s Cloud Gate statue in Millennium Park, where a demonstration demanding the defunding of Chicago police and the expulsion of ICE agents from the city took place.

Chicago police said at least 24 people were arrested and 17 officers treated for injuries after large demonstrations in the city’s downtown were “hijacked,” some becoming violent as officers were beaten with items like skateboards and pepper spray was deployed.

Ultimately remnants of those two groups merged, and that’s when authorities say that a “group of agitators” apparently “hijacked” the protest and began to clash with police near Michigan Avenue and Wacker Drive, then again a few blocks south near Michigan and Wacker.

The unrest came to an end in the financial district near LaSalle and Monroe, where police issued an order to disperse.

A total of 24 people were arrested during the demonstrations, four of whom are expected to face felony charges, according to Brown.

A total of 17 officers were treated for minor injuries, including those officers who were sprayed with mace or hit with various items, including a skateboard.

“An officer was just beat in the head with a skateboard repeatedly and it’s clear that that was the intent of the agitators,” Brown said.

A video of that incident is expected to be released by police Sunday.

Meanwhile, some elected officials are condemning police actions during the protests, with United Working Families releasing a statement Sunday morning.

“Chicagoans have been told that it is necessary to spend 40% of the Chicago budget on police in order to prevent violence and promote public safety. Yet this weekend, just 24 hours after a 12-year-old boy was shot and at the same time as another shooting was taking place on the South Side, Mayor Lightfoot and Superintendent Brown stationed thousands of officers downtown, where they kettled, pepper sprayed and beat demonstrators,” the statement read, in part. 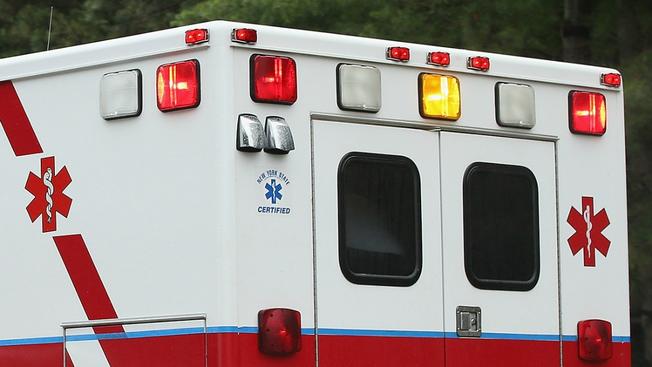