It marks the second arrest video to surface during recent events

Another investigation was opened into an arrest captured on video in Chicago this week.

The incident happened Monday in the city's Uptown neighborhood.

Video appears to show an officer chasing down a protester, shoving him to the ground and punching him multiple times after a demonstration, according to the Chicago Sun-Times.

Another officer attempts to intervene, the video shows, when the first officer appears to strike him as well.

"An investigation has been opened into this incident," CPD said in a statement, adding that the department "strives to treat all individuals our officers encounter with respect."

"We do not tolerate misconduct of any kind and if any wrongdoing is discovered, officers will be held accountable. Anyone who feels they have been mistreated by a CPD officer is encouraged to call 311 and file a complaint with COPA, who will investigate allegations of misconduct," CPD's statement continued.

It marks the second arrest video to surface during recent events.

The first took place at around 3 p.m. Sunday outside the city's Brickyard Mall in the 2700 block of North Narragansett.

Video shows nearly a dozen officers swarming a vehicle and using batons to smash its windows before removing a woman from the vehicle and pushing her to the ground.

Mia Wright was taken into custody and charged with disorderly conduct, with officers alleging they observed her "assembled with three or more persons for the purpose of using force or violence to disturb the peace." 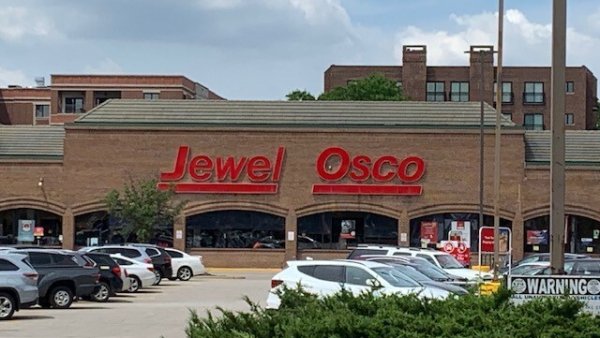 "We encourage anyone with information to contact our office," COPA said in a statement.

Lightfoot said Wednesday she had seen the video.

"When we see potential allegations of misconduct it gets referred to COPA for an immediate investigation," Lightfoot said.

"We don't tolerate misconduct. Period. It's just as simple as that," she later added.

Chicago's Civilian Office of Police Accountability said it has received more than 250 complaints against officers since Friday, many involving responses during the city's protests over the death of George Floyd.

As of Thursday afternoon, at least 258 complaints were reported to the city's police watchdog agency, Chief Administrator Sydney Roberts said.

The complaints related to excessive force, denial of counsel and improper search and seizure, Roberts said.

"COPA formed a specialized team of investigative personnel and we began reviewing and responding to those complaints in real time beginning Saturday," she said.

The incidents occurred against the backdrop of continued protests in Chicago, drawing hundreds of people to multiple demonstrations across the city every day since Friday to denounce police brutality and systemic racism.

"Let me be clear: there is no contradiction in supporting officers and holding officers accountable," Chicago Police Supt. David Brown said. "None."

The protests were sparked nationwide and around the world by the police killing of George Floyd in Minneapolis on Memorial Day that resulted in all four officers being fired and charged in connection with his death.