In a Twitter video, a woman said she was at a Starbucks in the grocery store when a man called her a "black b---" and said "this is why everyone is dying"

A man is facing a hate crime charge after a woman says he hurled racist comments at her before an altercation unfolded in a River Forest Jewel-Osco parking lot that was all caught on camera.

Police announced Thursday that Robert Palley, 61, was charged with one count of hate crime and one count of aggravated battery after he allegedly "committed a battery against a female, African-American woman in the parking lot of a Jewel Foods store following a verbal exchange that, according to the victim and witnesses, was racially-motivated."

The incident happened around 10 a.m. Wednesday at a store in the 7500 block of West Lake Street.

"A verbal exchange began between two customers, one a male, the other a female, which started inside the store and subsequently escalated in the store parking lot where the altercation became physical," police said in an earlier statement. "The Police Department was on scene moments after receiving the 911 calls and has been actively working on the incident since then. The alleged offender is in police custody."

In a Twitter video, a woman said she was at a Starbucks in the grocery store when a man called her a "black b---" and said "this is why everyone is dying." The exchange was not captured on video but the woman followed the man into the parking lot and started recording before a physical altercation broke out.

Police said they were reviewing videos posted to social media, cell phone footage of the incident, store video and street cameras as well as interviewing witnesses and the victim.

The department said they "have no tolerance for hate in River Forest" and support investigators and prosecutors as they work to "hold those who engage in criminal activity that is motivated by hate fully accountable."

“We have no tolerance for hate in River Forest,” River Forest Village President Cathy Adduci said in a statement. “We appreciate and support the thorough work of our River Forest Police Department as well as the cooperation of the Cook County State’s Attorney’s Office to hold those who engage in criminal activity that is motivated by hate fully accountable. And, we applaud the witnesses that helped the investigators determine the facts in this case so that felony charges could be brought against this individual. Finally, we’re pleased that officials from Jewel-Osco cooperated immediately by providing video footage, which helped us move forward quickly on this case.” 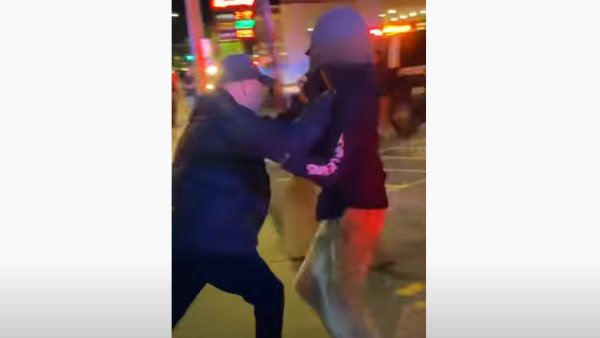