Baby girl had a 'smile that melted your heart'; Hero nurse 'sunshine in a room'

Kirstin Blockinger was remembered as a bubbly baby girl with sparkling eyes during a ceremony inside First United Methodist Church in Dekalb that was attended by about 90 grief-stricken friends and family members.

"Kirstin was a blessing to everyone around her," Rev. Wendy Witt, the family's pastor, said during the service. "Her laugh was contagious, and she had a smile that melted your heart and eyes that danced with life."

Kirstin's grandfather, Steve Ogletree, wept during parts of the eulogy when he spoke of the baby girl's courageous struggles. He recalled that Kirstin 2-year-old brother, Collin, kissed Kirstin good-bye before she was taken aboard the helicopter. 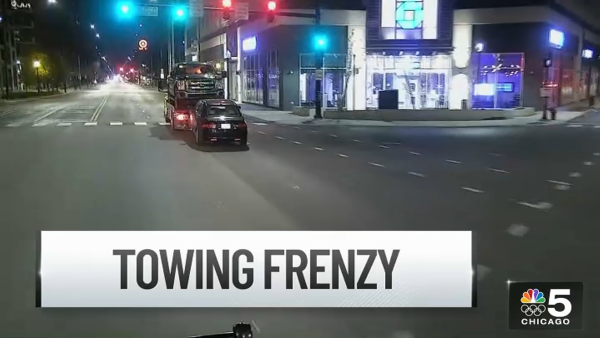 "Sissy not coming home," the little boy said, turning to his mother.

Air Angles nurse William Mann, 31, of Leland, Ill., was heralded as a hero who died doing what he loved in a separate ceremony attended by family, friends, paramedics, firefighters and Air Angles staff members with at Divine Savior Church in Norridge.

Mann wanted to be a helicopter nurse since he was 12 years old and saw the inside of a medical chopper at Loyola University, his family said.

"He was sunshine in a room," Mann's mother, Arlette, told the Chicago Sun-Times on Oct. 17. "He was an exceptional human being."

Baby Kirstin was being transported from a hospital in Sandwich to Chicago’s Children's Memorial Hospital when the medical transport helicopter apparently clipped a guy wire supporting a radio tower near Eola Road and Liberty Street.

Services were held Saturday for paramedic Ronald Battiato, 41, in Frankfort. Close to 1,000 friends, colleagues and family members --he was a father to six children, three boys and three girls, ranging in ages from five months to 15 years -- joined together for his funeral.