The alert warns of a band of snow shifting east into northern Illinois between 3 and 5 p.m.

A Winter Weather Advisory was issued for some Chicago-area counties Monday as a band of moderate-to-heavy snow moved into northern Illinois.

McHenry, Lake, DeKalb and Kane counties were all under the advisory, which indicated up to one inch of snow possible in a short amount of time.

The alert warned of a band of snow shifting east into northern Illinois between 3 and 5 p.m., but just after 4 p.m., the advisory had been canceled.

"While it will not snow much more than 40 minutes at any given location, the quick onset of the snow will result in quick reductions in the visibility," it stated.

The area is set to see a nearly 40-degree temperature drop that could send wind chills dipping into the single digits by the early morning hours Tuesday.

Less than 24 hours from a Monday morning that saw highs reaching near 50 degrees in Chicago, it appears conditions will shift dramatically.

Monday’s highs will fall quickly heading into the afternoon and evening. . 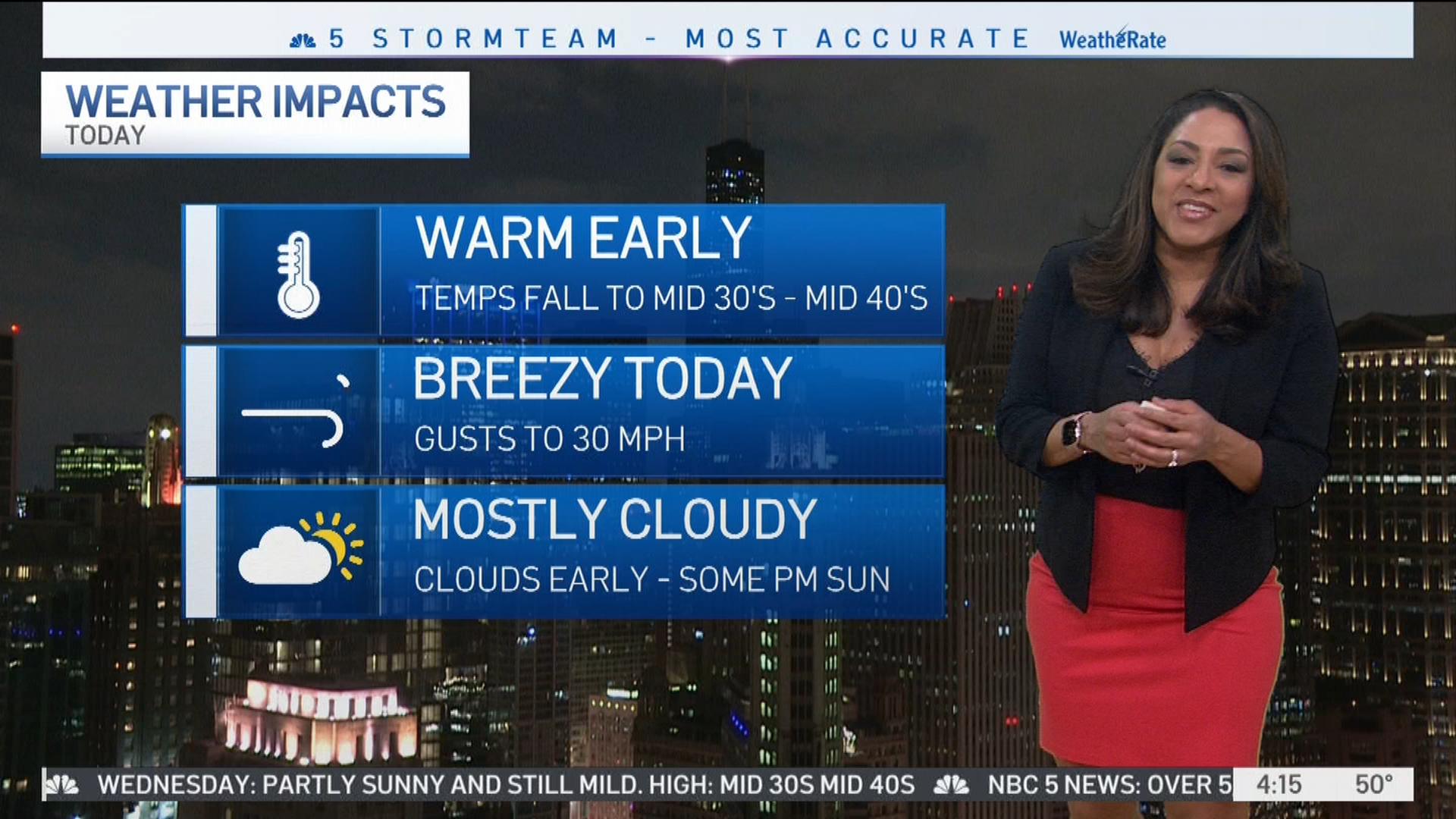 Lows will dip into the upper-teens inland and into the 20s toward the lakefront by Monday evening, according to NBC 5 Storm Team Meteorologists. By midnight, wind chill readings could be near 0 degrees for some.

By Tuesday morning, single-digit wind chill readings are expected as winds gust at up to 25 mph. Temperature highs Tuesday are only expected to reach into the low- to mid-20s, where they will stay through Wednesday as another chance for light snow or flurries moves in.

Things rebound slightly by Thursday with highs returning to the 30s, possibly reaching 40 degrees by Friday.