"It's about learning to win and compete, you know, and beat people," Rupp told NBC Chicago as he prepares to head to the Tokyo Olympics. "Running fast times is great and there's definitely, you know, it's fun anytime you set a PR, or you're able to just get on the back of the men or women running and hang on and they can kind of pull you through some really fast time but, for me, you know, I just I thrive on competition and I love that part."

Tokyo will mark Rupp's fourth Olympic appearance and it comes just weeks before he returns to Chicago for another shot at a marathon medal. 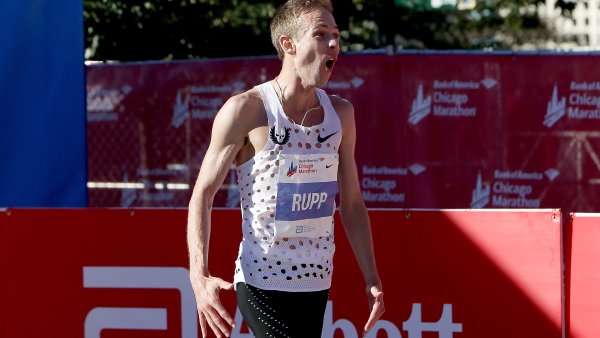 You Might Recognize These Olympic Runners From the Chicago Marathon 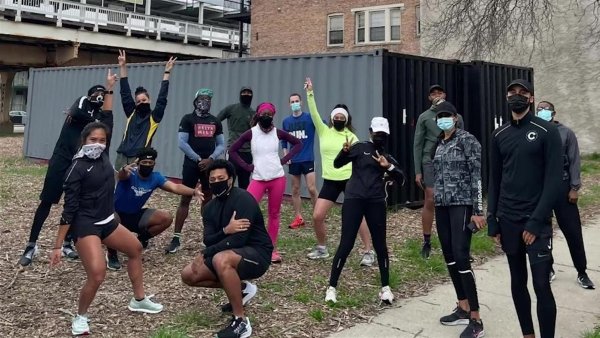 "Running in Chicago, it's about winning," he said. "You've got to learn to break people. Nobody's going to do that work for you, you know? You've got to learn how to pass people, when to push, when to back off and ultimately, you know, when to make that final long drive to the finish line."

Rupp's Chicago victory was followed by a rough journey back to the top as he suffered an injury and underwent Achilles tendon surgery in 2018. He later went on to win the 2020 U.S. Olympic Marathon Trials.

After Tokyo, which marks his fourth Olympic appearance, Rupp will return to the Windy City race this fall - making a clear statement that he is ready to return to racing in a big way.

If Rupp claims another victory in Chicago, he will be only the seventh man in Bank of America Chicago Marathon history to do so, according to race organizers.

But with his sights first set on Tokyo, Rupp is hoping to make his mark once again after earning a bronze medal in the marathon during the 2016 Rio Games. And he goes for gold in Tokyo, he's hoping the similarities between the Olympic marathon and Chicago's will serve him well.

"The conditions could be pretty similar," Rupp said. "When I won [Chicago], it was definitely a little muggy and it's going to be a little hot and humid in Japan as well over in Sapporo," he said. "It's going to be a loop course over there. Chicago obviously is a little bit different but yeah, they're both fairly flat and I'm really looking forward to doing both."

But there's one thing that will be missing in Tokyo that Rupp had in Chicago - his family at the finish line.

Rupp's 2017 Chicago victory came with a viral moment as he crossed the finish line and was quickly embraced by his loved ones, but this won't be the first time his family has been sidelined from an Olympics due to virus concerns.

"My wife was pregnant in 2016 during the Olympics and with the zika virus, you know, she wasn't able to go down there, you know, just because of concerns with that so unfortunately she wasn't there in 2016 and she won't be here in 2020," he said. "But hopefully there'll be another opportunity where her and all my kids will be able to come because I gain so much strength from them."

But they will be on his mind before, during and after his race - even if they aren't there.

"They just have given up so much for me to be able to go after my goals and that's something that I always think about, you know, before I run, during when I'm running and definitely afterwards," he said.