The attorney told Superior Court Judge Timothy Walmsley that he was concerned Rev. Al Sharpton's presence in court was an attempt to intimidate the disproportionate white jury

An attorney for one of the white men standing trial in the death of Ahmaud Arbery told the judge Thursday he doesn't want “any more Black pastors” in the courtroom after the Rev. Al Sharpton sat with the slain man's family.

Kevin Gough represents William “Roddie” Bryan, who along with father and son Greg and Travis McMichael is charged with murder and other crimes in Arbery's Feb. 23, 2020, killing. The 25-year-old Black man was chased and fatally shot after the defendants spotted him running in their neighborhood outside the Georgia port city of Brunswick.

Gough told Superior Court Judge Timothy Walmsley that he was concerned Sharpton's presence in court Wednesday was an attempt to intimidate the disproportionately white jury hearing the case. The jury was not in the courtroom when he made the remarks.

"Obviously there’s only so many pastors they can have," Gough said. “And if their pastor’s Al Sharpton right now that's fine, but then that’s it. We don’t want any more Black pastors coming in here ... sitting with the victim’s family, trying to influence the jurors in this case.”

The trial of three men charged with the murder of Ahmaud Arbery began with an unusual choice by the defense. One of the three attorneys representing Gregory and Travis McMichael and William Bryan decided to make his opening statement after prosecutors laid out all their evidence. University of Georgia law professor Ronald Carlson tells us more about the openings of the trial.

Jason Sheffield, one of Travis McMichael's lawyers, told the judge he didn't notice any distractions caused by Sharpton, who sat in the back row of the courtroom gallery wearing a mask.

Gough said he didn't realize Sharpton had been there until after court had adjourned for the day.

“You weren’t even aware of it until later?" the judge said. "I’m not sure what we’re doing.” 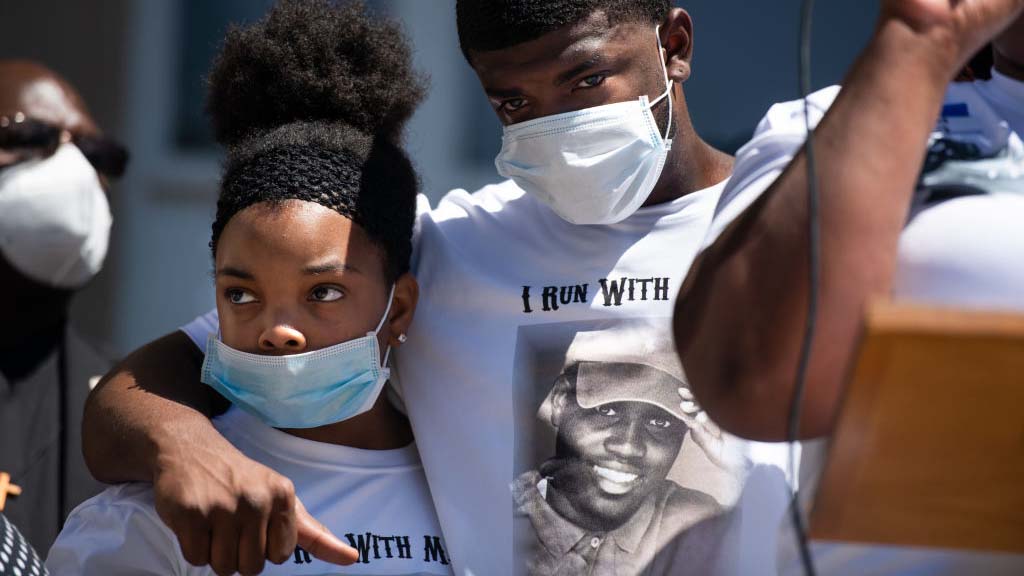 Sharpton held a prayer vigil and news conference outside the Glynn County courthouse Wednesday afternoon to show support for Arbery's family. Afterward he joined Arbery's parents and their lawyers to listen to portions of the trial testimony.

“I respect the defense attorney doing his job,” Sharpton said, "but this is beyond defending your client, it is insulting the family of the victim.”

Warning: this clip contains video of the encounter that killed Ahmaud Arbery. Attorneys in the trial of Travis McMichael, Gregory McMichael and William Bryan will have to ask whether jurors have already seen the viral video of the men fighting Arbery before he was killed. Ronald Carlson, law professor at the University of Georgia, says people who have seen the viral video will not be permitted to be jurors.
Copyright AP - Associated Press