Which Side Did Better in Kyle Rittenhouse Closings? Experts Explain

A defense lawyer angrily accused the prosecution at Kyle Rittenhouse's murder trial of lying. The lead prosecutor struck a measured tone, even as he raised the accused's rifle at one point and sighted at a courtroom wall.

How the indignation and theatrics during Monday's closing arguments played with jurors won’t be clear until 12 of them return with verdicts in a case that underscores American divisions on issues of guns, protests and policing. 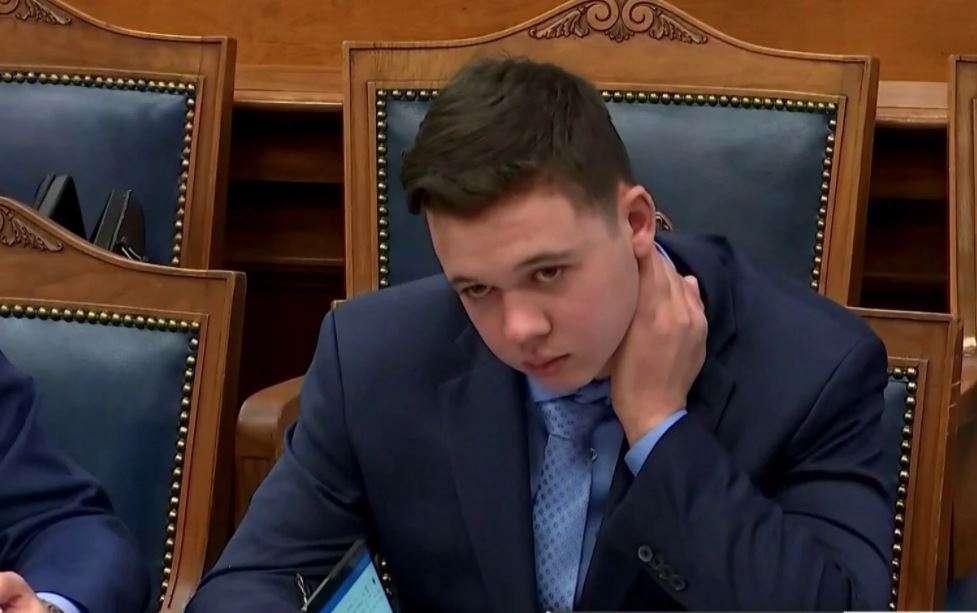 Here's a look at how some five hours of closings went and which side may have made the stronger argument to jurors:

LIVE COVERAGE: A live feed of Kyle Rittenhouse's murder trial is available when court is in session. Watch live here.

WHO DO EXPERTS SAY MADE A BETTER CLOSING ARGUMENT?

Most agreed going into the trial that prosecutors would have the tougher case to make given Rittenhouse’s claim under state law that he shot three men, killing two, in self-defense. That challenge remained in closings, where prosecutors had to account for two weeks of evidence that largely showed Rittenhouse as the one being chased when he opened fire.

He said evidence that the first protester Rittenhouse shot and killed, Joseph Rosenbaum, was under treatment for bipolar disorder and depression helped buttress the defense's arguments that Rosenbaum was an erratic presence who ambushed Rittenhouse and tried to take his gun.

Prosecutors fared better, he said, with their frequently repeated argument that of all the people who turned up with guns in Kenosha, only Rittenhouse shot anyone.

Another Chicago-based defense lawyer who has closely followed the trial, Joe Lopez, said he thought both sides missed an opportunity to tell compelling, memorable narratives to help jurors remember the evidence.

“The defense could have talked about Rittenhouse and his family and said, ’Look at my client. … he came to Kenosha and was willing to die for you, to protect you,'” Lopez said. Instead, he said, both sides frequently offered comparatively dry recitations of evidence.

WHAT ISSUE WAS AT THE CORE OF THE ARGUMENTS?

Neither Rittenhouse's alleged poor judgment in showing up in Kenosha with an AR-style rifle, nor wider issues of American gun culture, are supposed to be a focus for jurors. They're supposed to render their judgment based on whether Rittenhouse acted in self-defense by the letter of sometimes complex, counterintuitive Wisconsin law.

Boiled down, the law requires that someone’s decision to react with deadly force be reasonable in the seconds and minutes that a conflict occurs.

SO HOW DID PROSECUTORS TRY TO MAKE THAT POINT IN CLOSINGS?

Prosecutor Thomas Binger attacked the self-defense argument by arguing that Rittenhouse provoked conflict by showing up with his rifle. Binger retrieved Rittenhouse’s rifle — kept for much of the trial in a white box behind the defense table — and demonstrated how he said Rittenhouse wielded it recklessly and menacingly that night.

He repeatedly showed the jury drone video he said depicted Rittenhouse pointing the weapon at demonstrators, saying that was what led to a chain reaction of deadly events.

“This is a guy who came with special bullets and a gun, who came up to Kenosha with a gun to shoot someone,” said Lopez, summarizing what he called the thrust of Binger’s closing. “I think the prosecutor effectively made that point.”

But Binger hit jurors hard with images from the violence, too.

With no warning, he displayed a close-up photo of the arm of Gaige Grosskreutz, the protester who survived a Rittenhouse bullet. Some jurors winced and turned away at the sight of a bicep in bloody tatters.

That image and photos of Rosenbaum, lying on a gurney during his autopsy, are likely to stick with jurors during deliberations.

HOW’D THE DEFENSE DO?

What may linger for jurors from the defense closing was gruff lead attorney Mark Richards, opening his argument by accusing Binger of lying to salvage a faltering case.

“Mr. Rosenbaum was shot because he was chasing my client and going to kill him, take his gun and carry out the threats he made,” Richards said. He added that Rittenhouse never pointed his gun before being chased: “It didn’t happen.”

Greenberg said he didn’t think the approach of attacking the prosecutor would play well with jurors.

“There was a lot of bashing of the prosecutor by the defense,” he said. "People don’t like that. You have the facts or you don’t.”

WHAT AUDIENCE WERE ATTORNEYS PLAYING TO?

Not the courtroom spectators, the viewers watching the closings on a livestream or journalists. Their target audience was jurors. Though they are anonymous by the judge's order, prosecutors and the defense team would have been able to identify them and delve into their personal histories — and perhaps tailor their arguments to sway a few.

Still, both Greenberg and Lopez said closings are almost never as decisive as people think.

“I don’t think many cases are ever won in closings,” Greenberg said. “Jurors go back to the juror room and talk it all out amongst themselves.”