What's Next for Rod Blagojevich After Prison Release?

Blagojevich was released Tuesday after President Donald Trump commuted his sentence, but what will happen now that he is a free man?

(NOTE: A "homecoming press conference" has been scheduled for 11 a .m. CT. NBC Chicago will offer a live feed of Blagojevich's remarks in the player above)

Former Illinois Gov. Rod Blagojevich is back in Chicago and at his home after spending nearly eight years behind bars.

Blagojevich was released Tuesday after President Donald Trump commuted his sentence, but what will happen now that he is a free man?

Blagojevich will remain a convicted felon as his sentence was only commuted and he was not pardoned.

Former Gov. Rod Blagojevich's sentence was commuted by President Trump, but what is the difference between a commutation and a pardon? NBC 5's Chris Coffey explains.

While he cannot run for office in the state of Illinois, he can still run for federal office.

"He certainly could do it," said attorney and former federal prosecutor Ron Safer. "He’s there in Colorado coming out of jail shaking hands like a politician."

Blagojevich's law license also remains in question as the state agency that disciplines lawyers is still considering whether to revoke it.

It is likely his license will ultimately be revoked, Safer said, as Blagojevich's felonies remain on his record.

As he landed at Chicago's O'Hare International Airport early Wednesday, Blagojevich hinted at what he has planned for his future.

He spoke of criminal justice reform and a broken judicial system.

Rod Blagojevich arrived at his Ravenswood home where he was quickly surrounded by cameras, reporters and supporters. He shook hands and even hugged some of his fans. The former Illinois governor had his prison sentence commuted by President Donald Trump Tuesday.

At the Denver Airport, Blagojevich said he would speak more on Wednesday but wanted to point out that inside his jail cell, he took note of the "broken and unfair criminal justice system" with "too many people who have too much power who don’t have any accountability."

NBC 5’s Phil Rogers speaks with former Illinois governor who opens up about what he learned and what could come next for him.

Blagojevich served more than seven years of a 14-year prison sentence after he was convicted of trying to sell the Senate seat of then-President-Elect Barack Obama. The former governor has gone through numerous potential appeals and his wife Patti has appealed directly to the president in interviews on Fox News.

Patti Blagojevich tweeted that a "homecoming" press conference has been planned for 11 a.m. on Wednesday in Chicago.

"I want to express my most profound and everlasting gratitude to President Trump, he didn’t have to do this," Blagojevich told NBC 5 before he boarded his plane home Tuesday evening.

"He’s a Republican president, I was a Democratic governor, my fellow Democrats have not been very kind to him but in fact they’ve been very unkind to him and what he did was I think something that deserves a great amount of appreciation on my part, personally…I can’t wait to get home, I miss my daughters, I miss my wife, I miss home," he said.

After months of speculation, Trump finally made the announcement as he prepared to board Air Force One Tuesday morning.

"Yes, we commuted the sentence of Rod Blagojevich," Trump said. "He served eight years in jail, a long time. He seems like a very nice person — don’t know him."

Blagojevich appeared on "Celebrity Apprentice" with Trump as host in 2010.

Ex-Illinois Gov. Rod Blagojevich appeared on “The Celebrity Apprentice” in 2010 but didn’t make it to the winner’s circle. Watch as now-President Donald Trump delivered the bad news to Blagojevich.

President Donald Trump spoke to reporters before boarding Air Force One Tuesday where he confirmed he commuted the sentence of former Illinois Gov. Rod Blagojevich.

"I never gave into the false accusations and the railroading that was done to me and my family because if I did that, I would’ve violated my oath of office and my commitment to them," Blagojevich said. "You know, I wasn’t just some business man who may have done some things that maybe you make a decision because it’s practical, a business decision…I was an elected governor twice by the people of Illinois, they trusted me and I didn’t let them down and so fighting back was a way to not only stand up for my own reputation, and for my children, my wife, of my late parents who raised me the right way, but it was a way to fight for the people of Illinois."

Among getting to hug and kiss his family soon, he said after a few days of settling in, one thing he is most looking forward to — the idea of eating a banana split. 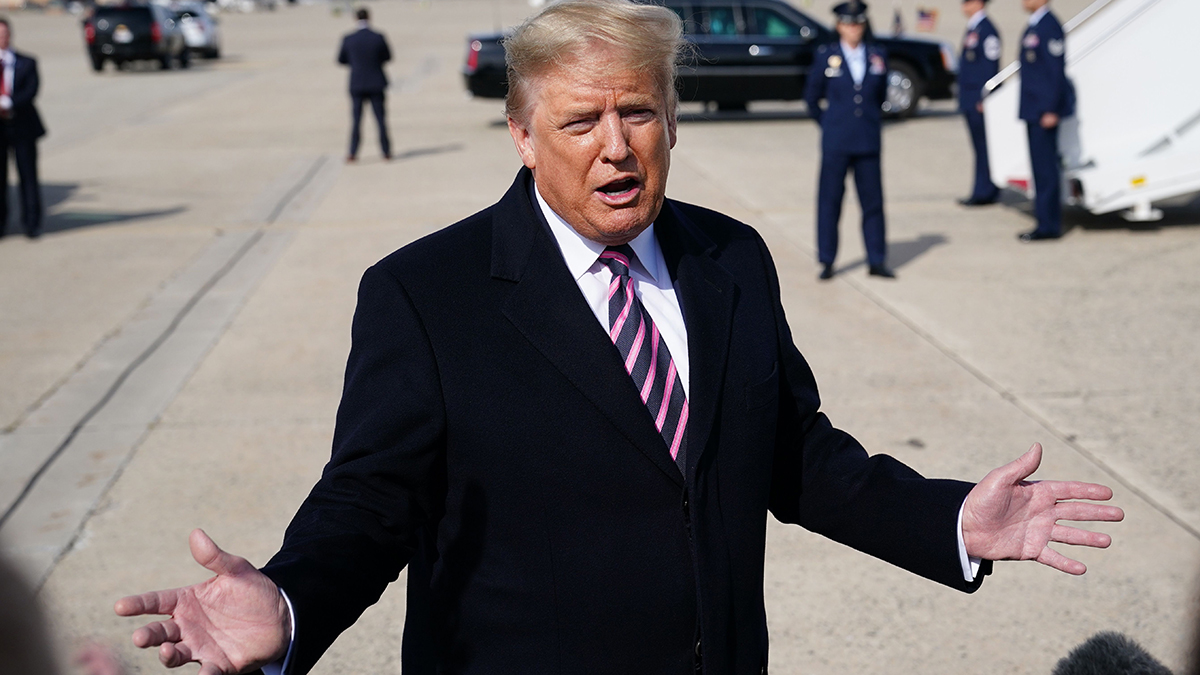 "I'd like to have three scoops of ice cream, vanilla, and chocolate and strawberry with chocolate syrup on it and cherry syrup, and pineapple syrup, with a whole bunch of whip cream but no peanuts cause my youngest daughter Andy is allergic," Blagojevich said.