A big honor in Northbrook Thursday night was held for a very special teacher who’s impacted generations with the power of music.

The music at Wescott Elementary School was the soundtrack to 37 years of teaching music.

The smiling faces don’t show the sadness beneath as this is Bill Vaananen’s swan song. He says he's retiring.

"I’m a storyteller and then my love of music ... it’s music and children that’s the secret," he said. 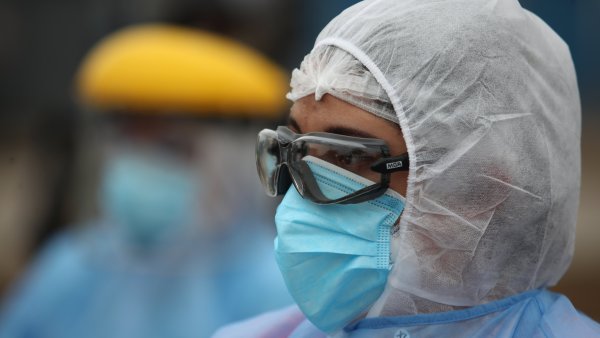 Prior COVID Infection Does Not Protect Patients from Omicron Variant, Chicago-Area Doctor Says

And the children adore him.

"I think of him as the best music teacher I’ve ever had and he just brings out the joy in me," said Ava Meltser.

"I’m so sad for sure, Wescott’s definitely not going to be the same without him," Cailyn Kelsen said.

"He was a hidden treasure here in Northbrook," he said. "He’s impacted so many peoples lives and I’m so proud."

Vaananen won numerous teaching awards including the Golden Apple and the National Star of teaching.

"Gratitude, for not just what we do in school, but for making me part of their community," he said. "I’m honored to have been their teacher and maybe even inspire them in some way."