These Are the Worst Tragedies in Illinois History, According to a Poll by the Lincoln Library

Abraham Lincoln’s death, the Great Chicago Fire and the deadliest tornado in American history top the list of Illinois’ most heartbreaking moments, according to voters in the Illinois Top 200 project.

Residents of Illinois have voted in a poll of natural disasters, horrifying accidents and bursts of violence, according to results from the Abraham Lincoln Presidential Library and Museum released earlier this week.

“It’s fitting that President Lincoln’s death leads this list. His loss was heartbreaking in so many ways,” said Dr. Samuel Wheeler, the Illinois state historian. “America lost a leader at a critical moment, the people of Illinois lost a favorite son, and his family lost a husband and father.”

The Illinois Top 200 project lets Illinoisans vote every two weeks on the most inspiring leaders, greatest inventions, top businesses and much more, a press release from the museum said. By the state’s 200th birthday on Dec. 3, voters will have chosen 10 favorites in 20 different categories – the Illinois Top 200.

Here are the 10 most heartbreaking moments chosen in online voting: 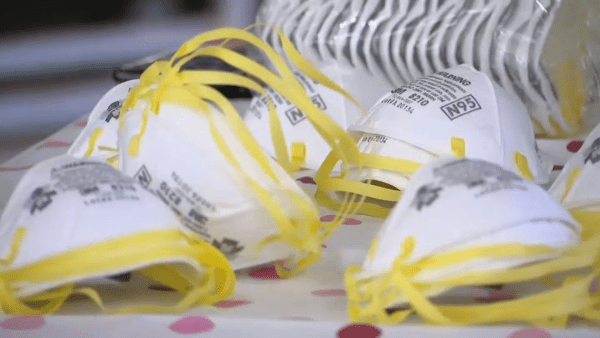 Walgreens Begins Distributing Free N95 Masks. Where to Get Them in the Chicago Area

Nominated events that did not make the top 10 include a 1903 theater fire that killed at least 600, multiple incidents of labor violence at Illinois coal mines and massive flooding along the Ohio River in 1937.

The Illinois Top 200 is a joint initiative of the Abraham Lincoln Presidential Library and Museum, The Springfield State Journal-Register and the Illinois Bicentennial Commission.

Future categories include actors, leaders and unforgettable moments. Everyone is invited to suggest possible nominees in each category by using the hashtag #ILtop200 on social media.