‘Is This a Joke?': Lice Allegation Gets Chicago Family Bound For Disneyland Barred From Flight

It was supposed to be a fun-filled trip to Disneyland for the Newman family. But all it took was uncomfortable fellow travelers and an allegation to get them bumped off their Southwest Airlines flight. Now the Chicago family wants answers and someone to be held accountable.

It all started while the family was waiting to board their flight to Santa Ana Friday afternoon when J Newman’s wife noticed something.

A half hour later a Southwest Airlines gate agent approached Newman, his wife and daughters--aged 4 and 6--with a concern. 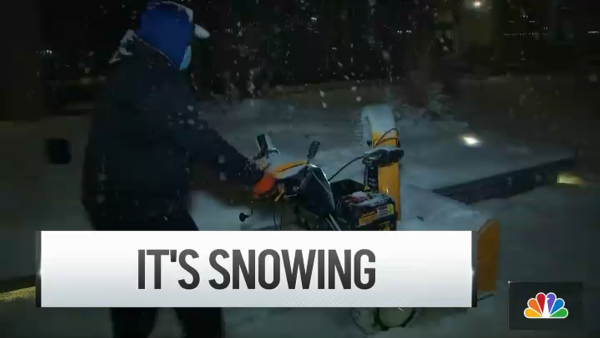 “That they saw my wife going through my daughter’s hair and that she might have lice," Newman told NBC 5. "And we looked at each other like are you serious right now or is this a joke?”

It was no joke.

Southwest tells NBC 5 in a statement that their employees were approached by several customers “…with concerns about a fellow passenger in the gate area exhibiting behavior consistent with a highly contagious medical condition. We never want to inconvenience customers but when we receive concerns from multiple people, we’re obligated to look into them.”

That diagnosis from customers was enough for southwest to remove the Newmans from their flight even though, no confirmation of lice was made.

“We don’t even have lice. That’s the crazy thing. Our daughter doesn’t have lice," he said. "So, why they would do this to us I have no idea.”

Newman wonders if they were bumped because of standby passengers and overbooking - but Southwest claims the flight, which had been delayed five hours already, was not overbooked.

“My daughter is hysterical because she thinks this is her fault that she’s not going to Disneyland,” Newman said.

The Newmans' say they were told the next flight they could get on would be two days from now. They say they never received an apology or any compensation for their lost expenditures.

Southwest says they regret any inconvenience and is working directly with the family.