A woman whose feet were severed in a boating accident in the “Playpen” near Oak Street Beach over the weekend says she would have drowned had her husband not pulled her out of the water at the last second.

“I truly began to drown,” Lana Batochir, 34, said on a GoFundMe page that is raising money for her recovery. “I felt myself drifting down like an object, I knew I would die.

“At a distance I saw my husband’s eyes searching for me in a panic,” she added. “I would never forget his face of pain. We connected eyes, but I couldn’t stay up … My husband truly saved my life when he pulled me out of the water.”

Police say Batochir and several other people were on a raft in the usually crowded “Playpen” — a protected part of Lake Michigan between Oak Street and Ohio Street beaches — when a power boat backed into it around 5 p.m. Saturday.

Batochir and others were pulled under the boat, according to Marine Unit Officer Art Patchnik. Responding officers found Batochir and another woman hanging from the boat.

Batochir was conscious but had suffered severe injuries from the boat’s propeller. “Both feet were severed,” Patchnik said. The other woman suffered a serious injury to her hand and a tourniquet was applied. 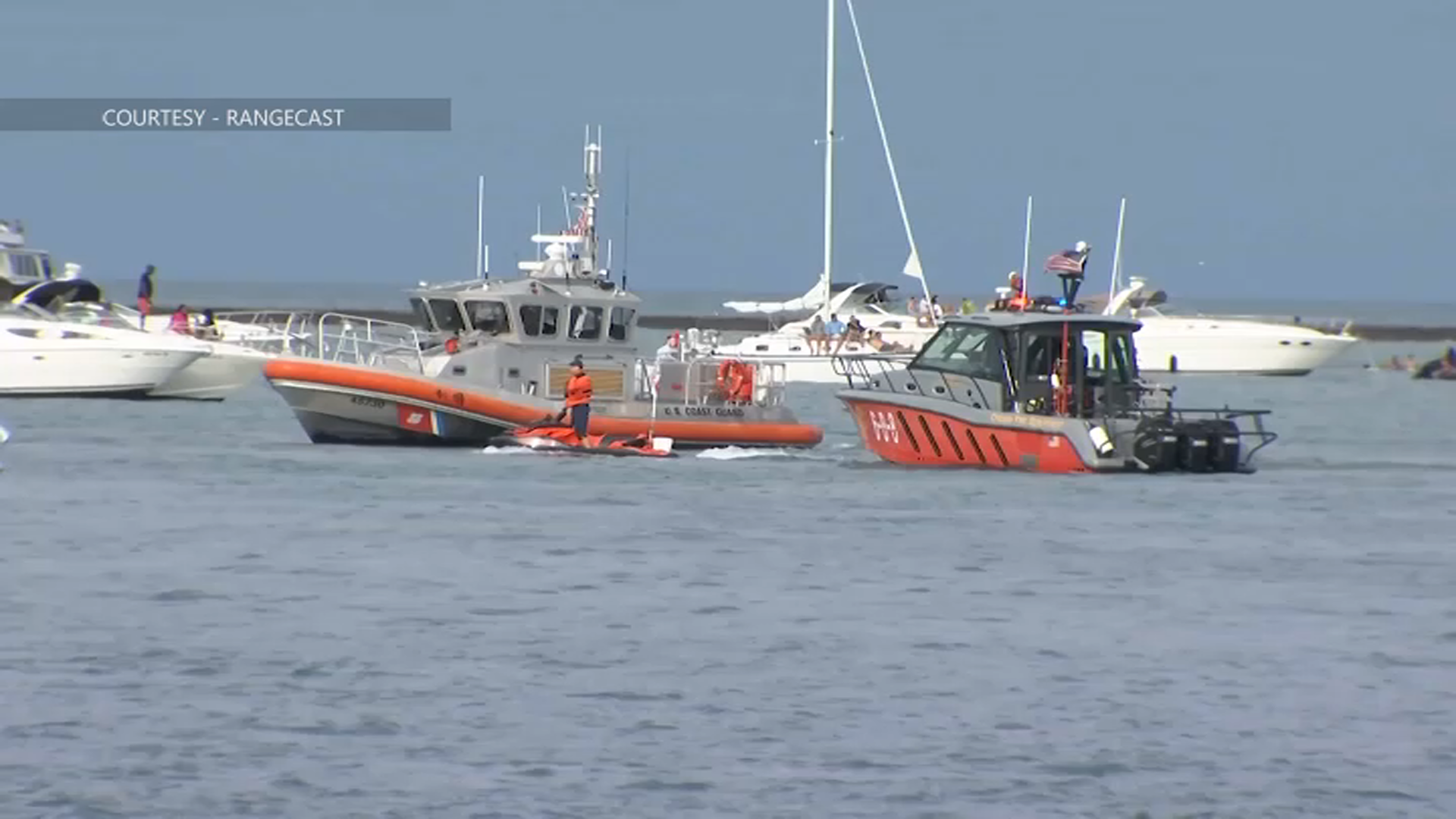 “It was very hectic, people were in shock, we just knew we had to render aid immediately,” the officer said.

Batochir said she and her husband had gone out in a friend’s boat and she had joined several people on a floating raft that was attached to it.

“Everything happened so fast,” she said on the GoFundMe page. “We were all under his boat within seconds. The boat’s propeller struck me, leaving me with unimaginable pain.”

Batochir says she been told by doctors at Northwestern Memorial Hospital that her legs will have to be amputated below the knees. “It still feels like a nightmare. Anyone who knows me knows that I love to dance, love music, and enjoying life itself with family. My life has completely changed because of one unfortunate tragedy.”

But she added, “I still feel very lucky to be alive. I thought I would die. I’m grateful I will be able to hug and kiss my kids, my husband, my family, and my friends.” I will get through this and come out stronger with my new lifestyle.

Batochir said she has no insurance to cover her medical bills and so started the GoFundMe page herself. “I am being told from my doctors that I will be here for a while.”

The U.S. Coast Guard said it is seeking witnesses to the accident as the investigation continues with the Illinois Department of Natural Resources. So far, no charges have been filed against the operator of the boat, a rental named La Aqua Vida.