The Hazel Crest Village President, who was called to the scene to speak with police, said he believes the incident was not domestic in nature

Officers responded to a call of shots fired in the 2400 block of Crescent Drive in Hazel Crest at approximately 2:21 a.m. and found the father and two kids in the house, according the Hazel Crest Police Department.

Paramedics rushed them to local hospitals where they were pronounced dead, according to police. They were later identified as 39-year-old Dionus M. Neely, 3-year-old India Neely and 10-year-old Ellie Neely, according to the Cook County Medical Examiner. All three lived in the 2400 block of Crescent Drive.

Neighbors told NBC 5 the family has three other children. All five children were at her home Friday night, neighbor Joanne Polzin said, playing with her grandchildren. 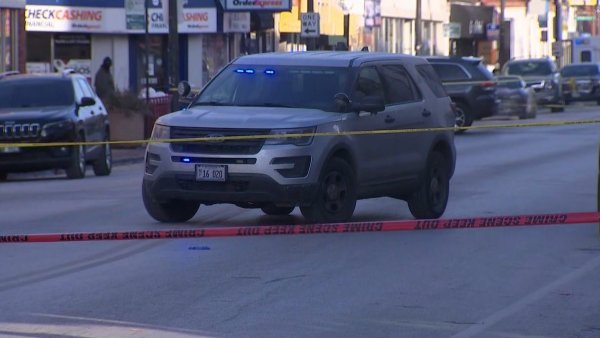 Polzin told NBC 5 she woke up to gunshots and heard a woman cry out.

"I heard the mother screaming," Polzin said. "She was just wailing, 'My babies, my babies.'"

"I didn't know it was them until the police all showed up," she added. "I saw them take the three bodies out."

Police have not released any further details about the circumstances surrounding the incident, but the Hazel Crest Village president, who was called to the scene to speak with police, said he believes it was not domestic in nature.

"As far as I know right now, it was an isolated incident, what happened, so the community is safe," said Vernard Alsberry, Jr. "But just to hear that children were involved in this horrific incident really hurt all of our hearts."

Officers from the Cook County Sheriff's office and the Hazel Crest Police Department went door-to-door in the area Saturday, asking community members for information related to the ongoing investigation.

Anyone with information is asked to contact the Hazel Crest Police Department at 708-335-9640 ext. 1