Chicago Mayor Lori Lightfoot said Friday she ordered her office to file a complaint against Chicago's police union and its president, John Catanzara, "for engaging in, supporting, and encouraging a work stoppage or strike."

Noting that Illinois law prohibits sworn officers from engaging in a strike and that the city's agreement with the union has a no strike commitment, Lightfoot said she directed the city's law department to file a Complaint for Injunctive Relief.

"As Chicago’s Mayor, I cannot and will not stand idly by while the rhetoric of conspiracy theorists threatens the health and safety of Chicago’s residents and first responders," Lightfoot said in a statement. "President Catanzara has time and again deliberately misled our police officers by lying about the requirements of the policy and falsely claiming that there will be no repercussions if officers are insubordinate and refuse to follow a City and Department directive or order."

Chicago Fraternal Order of Police President John Catanzara has encouraged union members not to adhere to the terms of the city’s mandate, sparking concerns from some on staffing issues heading into the weekend. 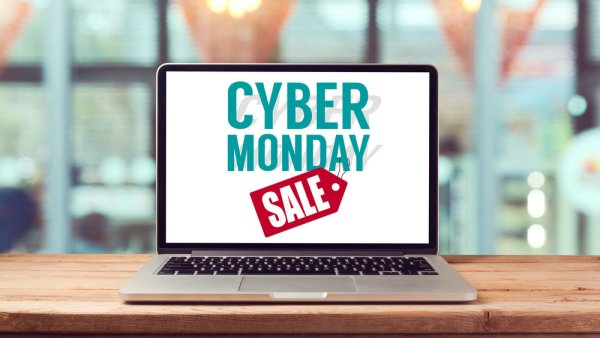 “It is an improper order. It’s illegal,” he said. “I don’t care if it’s Superintendent (David) Brown. If somebody orders you to go into the portal, refuse that order,” he said.

He instructed officers to file for exemptions to receiving vaccines but to not enter that information into the city's portal, telling the rank-and-file, "I do not believe the city has the authority to mandate that to anybody, let alone that information about your medical history.”

"By doing so, and by predicting that 50% or more officers will violate their oaths and not report for duty, Catanzara is encouraging an unlawful strike and work stoppage which carries the potential to undermine public safety and expose our residents to irreparable harm, particularly during an ongoing pandemic," Lightfoot's statement read.

The union said in a tweet Friday morning that Catanzara "has never engaged in, supported, or encouraged a work stoppage."

"@LoriLightfoot is the only one who has said she will send our dedicated Officers home without pay if they choose to reject her unlawful orders," the tweet read. "Hold the line, CPD, like you always do."

Under the city's rules, city employees who aren't vaccinated by Friday have to get tested twice a week on their own time and expense until the end of the year, when they will be required to be vaccinated. Any employee not complying with those requirements could face disciplinary action, including and up to termination.

City officials say that employees who don’t adhere to the mandate, filling out information on a health portal set up by the health department, will be designated as non-disciplinary non-paid status.

First responders nationwide have been hit hard by the virus but some have been resisting vaccine mandates. More than 460 law enforcement officers have died of COVID-19, including four members of the Chicago Police Department, according to the Officer Down Memorial Page.

Police officers in Chicago will not be ordered to go home if they defy the city's requirement that they report their COVID-19 vaccination status or be placed on unpaid leave, police leaders and Lightfoot said Thursday.

“Nobody is going to be turned away,” said police department spokesman Tom Ahern. “Officers will be working their normal shifts this weekend (and) they wont be turned away or sent home... Officers will continue coming to work until they are told otherwise (and) that they are no longer on pay status."

While there are still concerns about police officers not reporting for work, the department said it won’t happen this weekend.

“I can assure you that this is not true. CPD will be fully staffed and ready to protect residents of this city,” Brian McDermott, chief of the Bureau of Patrol, said. “It is our full expectation that all CPD members will comply with the city’s policy.”

At City Hall, aldermen didn’t sound so confident, with some encouraging Lightfoot to postpone the implementation of the mandate, which both the police and fire unions in the city have promised to challenge in court.

“I don’t think people realize what could happen if hundreds of officers don’t show up for work,” Ald. Matthew O'Shea said. “Are we prepared for several hundred first responders not being there this weekend?”

Ald. Brian Hopkins said the public needs to be assured they won’t have their safety compromised if officers are stripped of their pay amid the vaccine mandate debate.

Here are the latest headlines from around the Chicago area in the NBC 5 Nightly Update for Thursday, Oct. 14, 2021.

“We have to clarify, say ‘let’s everyone take the weekend to hit the reset button on this, let tempers cool down, and have the union and administration talk this thing through,'” he said. “We can’t have police walk off the job, but we have to stand by a vaccination mandate. We have to incentivize and maybe add a carrot to the stick to get police officers to comply.”