The deadline for NFL teams to sign franchise tagged players to a contract extension passed Thursday with the Bears and Allen Robinson unable to reach an agreement on a long-term deal. Now, Robinson will play the upcoming season under the tag, and he will earn $18 million for the year. 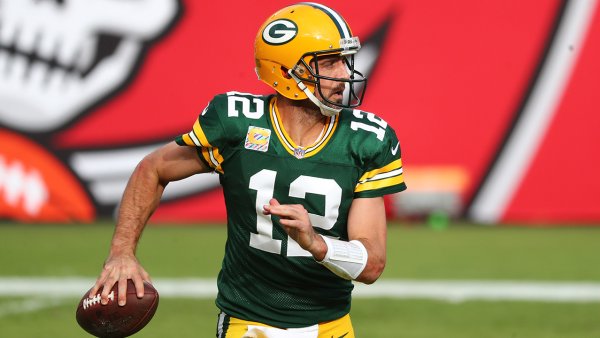 Report: Aaron Rodgers Plans to Play for Packers in 2021

This move does not preclude the Bears from signing Robinson to a long-term deal at the end of the season. They could begin negotiations again next offseason, similar to how the Tampa Bay Buccaneers re-signed Shaquil Barrett one year after failing to come to an agreement during the franchise tag extension window. Regardless, Ryan Pace’s inability to reach an agreement with Robinson now will hurt the team in the long run.

Let’s say the Bears do decide to extend Robinson next offseason. It will probably be coming on the heels of another great season— maybe even his best season in Chicago since he will have Andy Dalton or Justin Fields throwing him the ball— and it will likely cost the Bears more money to sign him then, than it would have if they got a deal done now, or even last year. That obviously gives the Bears less flexibility to spread money around to re-sign players like Roquan Smith, or bring in new free agents.

Now let’s say the Bears let Robinson walk. This is probably the worst-case scenario for the good of the offense, as the team would then have an enormous void to fill on the roster. Conventional thinking would say, go and find a wide receiver in the draft to replace him, like the Vikings did by selecting Justin Jefferson after trading away Stefon Diggs. The only problem is the Bears don’t have a first-round pick next year, as they shipped it to New York as part of the deal to move up for Justin Fields. To be fair, top-tier WR talent can be found in the second round. That’s where D.K. Metcalf and A.J. Brown went in 2019, and where the Saints scooped Michael Thomas in 2017. But there are plenty of second-round duds too (see: Anthony Miller). Further, if the Bears decide to replace Robinson through the draft, they essentially lock themselves into picking a wideout with their top pick, instead of going with the best player available.

So then we look at other free agents. Besides Robinson, Davante Adams tops the class and he would obviously be an incredible addition to any offense. But if the Packers and Adams can’t come to an agreement on a long-term deal, there’s a solid chance that Green Bay places the franchise tag on Adams, just like the Bears did with Robinson. So that would take the next-best option off the board. Chris Godwin could be ready to take the next step as a No. 1 wideout, but all reports this offseason indicate that the Buccaneers would like to keep Godwin in Tampa Bay, and work out a contract extension over the next offseason, just like they did with Barrett this year.

After that, the list thins out considerably. Will Fuller and JuJu Smith-Schuster are both big names, but each player carries his own question marks about whether he can truly carry the load as a No. 1 wide receiver. T.Y. Hilton and A.J. Green would’ve been great No. 1 options five years ago, but each of those guys is past their prime now. The list also features plenty of other great complementary pieces, but not true No. 1s. Robby Anderson, D.J. Chark, Jamison Crowder, Mike Williams and Tyrell Williams can all help the Bears, but none of those guys can fully replace what Allen Robinson brings to the field.

But the No. 1 reason the Bears should want to keep Robinson in Chicago goes beyond the production he adds to the offense. As the team works to develop Justin Field into a superstar, who would be better to help bring him along than Robinson? The reliability Robinson offers on the outside provides Fields a safety valve of sorts on the field. He’s an incredibly precise route runner, who has a knack for coming down with contested catches. But Robinson is the perfect pro to groom Fields in the locker room too. He’s a consummate pro with an incredible work ethic, by all accounts. He’s also shown his willingness to mentor young players, as he’s been spotted working with Darnell Mooney this offseason. In short, Robinson is exactly the type of wide receiver every young quarterback would dream of playing alongside. If the Bears want to get the most out of Fields as he develops, they’ll be hard-pressed to find someone who can do it better than Robinson.