Blackhawks Fans, It May Be Time to Panic

March ends with team dropping a spot in the standings.

With the Blackhawks losing their last two games, they have fallen to fifth in the Western Conference standings. With that loss, March mercifully ended for the Blackhawks, who went 6-7-2 for month. The sad showing for March doesn't mean that the Blackhawks should be concerned about not making the playoffs, but it should scare fans about how they will perform when the postseason begins in a few weeks.

For a season that has been downright magical, with the United Center sold out, games back on TV and Chicago taking a vested interest in hockey again. Until late in the winter, the team played the part, pulling out exciting wins and keeping pace with the archrival Detroit Red Wings. But with February and March, Chicago was hit with injuries, losing Patrick Sharp, who is still out, and Nikolai Khabibulin for a spell.

What is frightening about this bad spell is that the team should be peaking in order to have a shot at the Stanley Cup. Defender Brian Campbell feels the desperation:

''We have to put a game together,'' Campbell said. ''At this time of the year, it shouldn't be that difficult, but we're having a hard time.''

, the Blackhawks need to realize that everyone has figured out how to stop their offense, and they've yet to change up their style. The numbers hold up this theory, considering they've only scored four goals in the past three games. 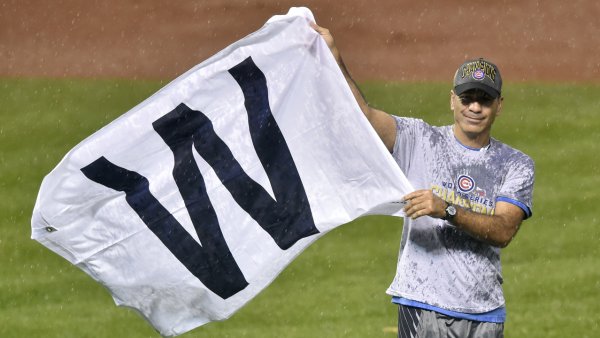 Maybe the change of seasons will be exactly what the Blackhawks need. Their schedule is chock full of conference opponents who are familiar with Chicago's style of play, so the team will need something to right the ship, and quickly. It would be a shame for this magical season to end with a quick exit from the playoffs.