The New York Times on Sunday revealed that Trump paid just $750 in federal income taxes in 2016, the year he won the presidency, and in 2017, his first year in office

The bombshell revelations that President Donald Trump paid just $750 in federal income taxes the year he ran for office and paid no income taxes at all in many others threaten to undercut a pillar of his appeal among blue-collar voters and provide a new opening for his Democratic rival, Joe Biden, on the eve of the first presidential debate.

Trump has worked for decades to build an image of himself as a hugely successful business mogul — even choosing that moniker as his Secret Service code name. But The New York Times on Sunday revealed that he paid just $750 in federal income taxes in 2016, the year he won the presidency, and in 2017, his first year in office. He paid no income taxes whatsoever in 10 of the previous 15 years, largely because he reported losing more money than he made, according to the Times, which obtained years' worth of tax return data that the president had long fought to keep private. 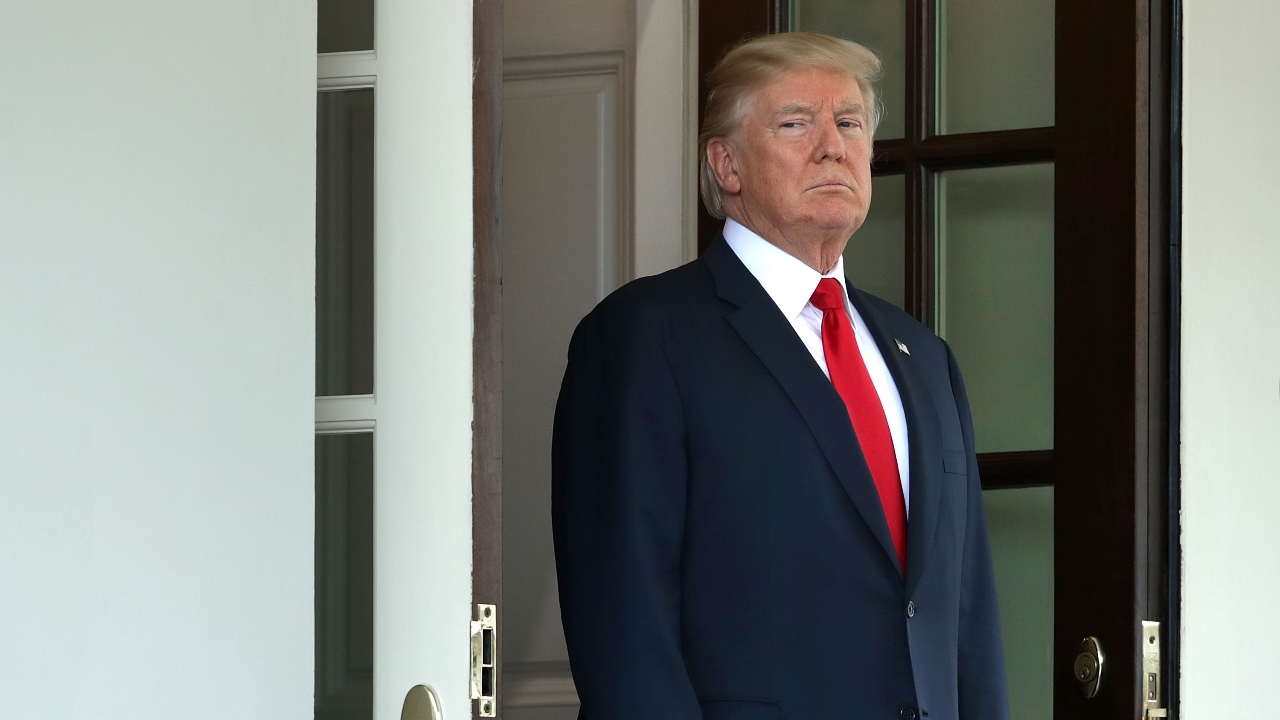 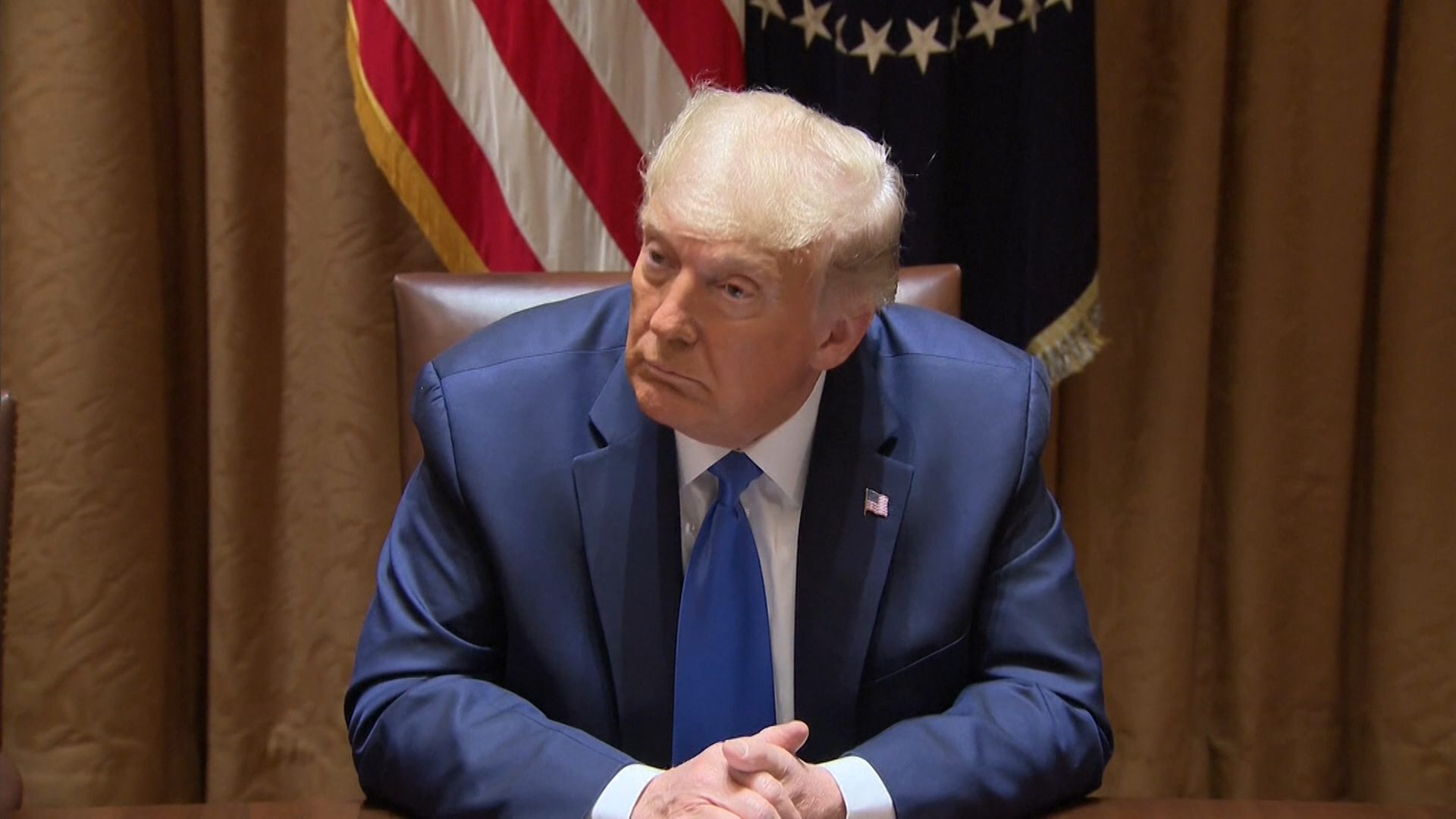 The development comes at a particularly precarious moment for Trump, whose Republican campaign is struggling to overcome criticism of the president's handling of the pandemic. It hands Biden an easy attack line heading into Tuesday's debate. And with early voting already happening in some states and Election Day just over a month away, Trump may be running out of time to turn his campaign around.

“Donald Trump needs this election to be about Joe Biden as a choice," said longtime GOP consultant Alex Conant. “This keeps the focus squarely on Trump’s character and the chaos going into the most important night of the campaign, the debate.”

Of course, Trump has repeatedly faced — and survived — devastating turns that would have sunk any other politician. That includes, most notably, the stunning “Access Hollywood” tape released in October 2016, in which Trump was recorded bragging about kissing and groping women without their permission. The video’s release came just two days before Trump was set to face then-candidate Hillary Clinton in their second debate and was considered a death knell to his campaign at the time.

At this point in the race, with voting already underway in many states and so few voters still undecided, it is unclear whether any new discoveries about Trump would make any difference. Trump's support over the years has remained remarkably consistent, polls over the course of his presidency have found.

Yet the tax allegations go to the very heart of Trump's appeal, especially among the blue-collar voters in states like Pennsylvania, Wisconsin and Michigan who propelled him to the presidency in 2016. Trump was supported by about two-thirds of white voters without college degrees, according to an analysis by the Pew Research Center, versus only about 2 in 10 nonwhite noncollege graduates.

Indeed, in a Gallup poll from February 2016, Republicans who wanted to see Trump win their party’s nomination cited his experience as a businessman as the second-most important reason they backed him, surpassed only by his status as a nonpolitician and an outsider.

The U.S. Supreme Court upheld the Manhattan district attorney's demand for President Donald Trump's tax returns, voting 7-2 that a New York grand jury can subpoena the president's financial documents. In a separate ruling, the justices kept a hold on Trump's financial records that Congress has been seeking, sending the case to lower courts.

Even today, when asked to explain their support for Trump, voters often point to his success in business as evidence of his acumen. And they often repeat his talking point that he gave up a great deal to serve as president, citing his sacrifice as evidence that he ran for the job not out of self-interest, but because he cares about improving the lives of people like them.

But the image of a man flying around in private jets from one luxury property to another and paying less in taxes than millions of Americans with far more modest lifestyles could prompt a backlash similar to the one 2012 GOP nominee Mitt Romney faced after he was secretly recorded at a closed-door fundraiser saying that the 47% of Americans who don’t pay income taxes were “dependent upon government” and would never vote for him.

″(M)y job is not to worry about those people. I’ll never convince them they should take personal responsibility and care for their lives,” Romney said.

Roughly half of Americans pay no federal income taxes, but the average income tax paid in 2017 was nearly $12,200, according to the IRS.

Democrats wasted no time in seizing on the news, with the Biden campaign's online store already selling stickers saying “I paid more income taxes than Donald Trump" on Sunday night.

Senate Democratic leader Chuck Schumer tweeted an emoji calling on followers to raise their hands “if you paid more in federal income tax than President Trump.”

“That’s why he hid his tax returns. Because the whole time, he wasn’t paying taxes. But you were," added Sen. Chris Murphy, D-Conn.

And Rep. Richard Neal, D-Mass., chair of the House Ways and Means Committee, said the new report highlights the importance of the House Democratic lawsuit against the Trump administration to access Trump's tax returns.

The bad blood between House Democrats and the Trump administration is growing by the day, with a court battle all but ensured now that the Treasury Department has formally denied the Ways and Means Committee's request for President Trump's tax returns.

“This reporting shines a stark light on the vastly different experience people with power and influence have when interacting with the Internal Revenue Service than the average American taxpayer does," he said in a statement.

In addition to the news about Trump's annual payments, the Times found that many of his best-known businesses, including his golf courses, reported huge losses, and that, as he faces an uphill battle for reelection, his finances are under particular stress thanks to “hundreds of millions of dollars in debt coming due that he has personally guaranteed.” Trump is also under audit over a $72.9 million tax refund that could cost him more than $100 million if the IRS rules against him, the Times revealed.

Trump dismissed the report in a series of tweets Monday claiming “The Fake News Media, just like Election time 2016, is bringing up my Taxes & all sorts of other nonsense with illegally obtained information & only bad intent."

He said that he is entitled to take tax credits and account for depreciation and that when extraordinary assets are included, “I am extremely under leveraged - I have very little debt compared to the value of assets."

The development comes after Biden recently stepped up his efforts to paint Trump as a charlatan who has lied to his working-class supporters. In contrast, Biden has tried to highlight his own middle-class upbringing.

The election, Biden has said, is “Scranton vs. Park Avenue,” pitting Biden’s boyhood hometown in Pennsylvania against Manhattan, where Trump built his branding empire and reality television career.

“This clearly plays straight into that contrast that Biden has opened up,” said Joe Trippi, a veteran strategist of multiple Democratic presidential campaigns.

Trippi said coming into the debate, Biden now has something he can concretely point to as he tries to sway the slim margin of voters who remain undecided.

“You move a few points of working class voters, and you’re talking about Biden winning in places like Ohio,” Trippi said.

Conant, who worked on Florida Sen. Marco Rubio’s 2016 presidential campaign, noted how defensive Trump became when Rubio, during a primary debate, charged that Trump “would be selling watches in Manhattan” had he not inherited tens of millions of dollars from his father, Fred.

Trump raised an index finger in the air, yelling, “No, no, no, no,” as he sought to interrupt Rubio and insisted that he had instead borrowed money. “That is so wrong,” he said.

“So long as this campaign is all about Trump,” Conant said, “he’s going to lose.”

Associated Press writers Bill Barrow in Atlanta, Josh Boak in Baltimore, and Darlene Superville and Lisa Mascaro in Washington contributed to this report.