A car crash in suburban Grundy County has cost a woman and her two children their lives.

A vehicle crashed and rolled over near Hwy. 47 and Gardner Road.  The impact forced the southbound vehicle to roll several times before coming to a resting place in a southwest cornfield. The crash happened on a road running through rural farmland outside of Morris, Ill., and police said alcohol was a contributing factor.

The car being driven by the 27-year-old mother, Amanda Jahn, was struck by another vehicle, which police said had blown through a stop sign.  That car slammed into Jahnn's car.  She was pinned-in and pronounced dead at the scene. Her children, Ryan, 3, and Kaitlyn, 11 months, also died from their injuries. Officials say both children were ejected from their carseats.

Authorities say 43-year old Ann Marie Getz is expected to be charged with aggravated DUI and reckless homicide in connection with the crash. The sheriff says at 8 p.m. last night, Getz disobeyed a traffic signal and hit Jahn's car, sending it careening into a cornfield.  Getz is in the hospital as well, NBC5's Anthony Ponce reported. Through a blood draw, authorities were able to determine she had a blood-alcohol content over the legal limit, although the sheriff declined to comment on how far over the .08 limit she was. 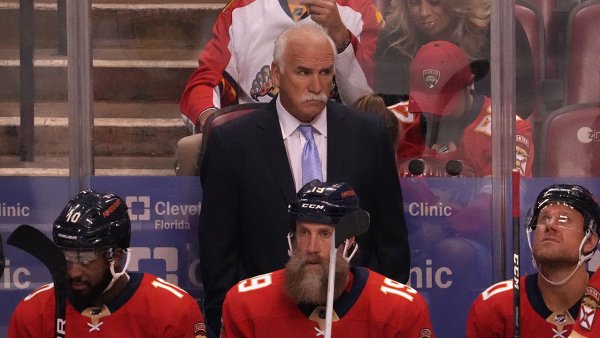 Joel Quenneville to Meet With Gary Bettman About Blackhawks Scandal

"Our heart just goes out to her husband, Josh, and her family," said one of Jahn's friends, Melanie Layne. "And we're also going to pray for the woman who did this."

The sheriff's department said Getz blew the stop sign at the intersection of Route 47 and Gardner Road. She then hit the driver's side of the family's southbound car, likely at speeds of 55 m.p.h., authorities said. The stop sign is marked with a sign saying cross traffic doesn't stop, but authorities said Getz ignored that warning.

"Mr. Jahn lost his whole family, basically, because of someone who was driving impaired," said Grundy County Sheriff Terry Marketti. "It's very frustrating that we couldn't have stopped her before this accident happened."

Jahn's friends and family members consoled each other at the crash site, Ponce reported.

"She took them everywhere," Layne said. "She was always shopping with them, going to the zoo, they've been to Disney. She was just amazing."

Layne also added that Jahn was a stay-at-home mother and a violin teacher.

The sheriff's department said before the accident, Getz had been convicted of multiple DUIs, Ponce reported.

"I can imagine her hurt right now, knowing that she has just killed this beautiful woman and her children," Layne said.