Meet the Experts Answering Your Cannabis Questions This Friday

On Friday, Dec. 6, a panel of experts who know the ins and outs of recreational cannabis becoming legal in Illinois in 2020 will be at NBC Tower to answer your questions live.

Got a question about legal weed in Illinois? You’re not alone.

Do you want to know where to buy it, where to smoke it, how much is allowed, if you can have it in your car and whether you can still be drug-tested at work?

On Friday, Dec. 6, a panel of experts who know the ins and outs of recreational cannabis becoming legal in Illinois in 2020 will be at NBC Tower to answer these questions and more LIVE.

Here's how it works: Starting at noon on Friday, head to NBCChicago.com and click on the live chat. Enter your question about cannabis, and an expert will view your question and answer it.

Throughout the afternoon news on Friday, NBC 5 Investigates reporter Phil Rogers will feature some of the questions -- and expert answers -- live on TV.

Submit Your Questions! Ask Experts About Recreational Cannabis in Illinois 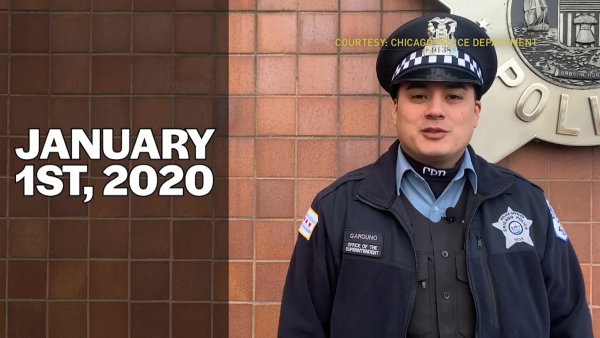 CPD Details What You Should Know About Legal Weed Come Jan. 1

Meet the experts you'll be talking to:

Following his graduation from Dominican University, Sergio Medina searched for a career that would allow him to utilize his degree in psychology and help improve people’s quality of life every day. He is a cannabis product expert that studies different strains, consumption methods and the relief they can provide patients and consumers. He considers himself a specialist on cannabis concentrates but is well-versed in all forms of cannabis consumption. Medina has advised hundreds of patients and worked with them to find relief and is looking forward to working with adult-use consumers helping them implement cannabis as part of their regular wellness regiment.

Ben is responsible for drafting and analyzing criminal justice legislation and lobbying in the Illinois General Assembly. Ben joined the ACLU of Illinois in April 2015 after more than seven years in the office of the Illinois House Minority Leader, during which time he held the position of Deputy Legal Counsel and staffed the Judiciary and Criminal Law Committees. Prior to his work in the legislature, Ben practiced law in Chicago.

Deputy Tyler Fry is a ten-and-a-half-year veteran with the DuPage County Sheriff’s Office, where he is currently assigned to the night shift of the Law Enforcement Bureau. He currently serves as a K-9 handler with his partner K9 Odin and he is one of the Sheriff’s Office Drug Recognition Experts. Dep. Fry is also a trained Standardized Field Sobriety Test Instructor, as well as a certified Breathalyzer Operator. He has also previously served in the Corrections Bureau as a corrections deputy for two years.

Deputy Fry has had approximately 110 DUI arrests in the eight and a half years being on patrol (as of Nov 2019), as well as being in contact with dozens of individuals who have been under the influence of a drug or combination of drugs. His duties include patrolling the unincorporated areas of DuPage County which include taking calls for service. Dep Fry conducts traffic enforcement throughout the county, and is involved in DUI investigations, and accident investigations. Dep. Fry’s K9 duties include detecting drugs and cadavers with K9 Odin. Dep. Fry has been involved in several trainings in detecting alcohol/drug impairment, including two alcohol wet lab training sessions as a student during the DRE School.

Brett Novey is an accomplished business leader with a wide range of financial, operational and executive experience. For the past 18 years, Brett has driven superior business results for industry leading firms in the financial services, management consulting, technology and retail sectors.

In August 2019, Brett took on the role of Chief Executive Officer for PharmaCann, one of largest vertically integrated cannabis companies. Founded in 2014, PharmaCann is rapidly expanding across the United States and is currently licensed to grow, process and dispense cannabis products in multiple states including Illinois, Maryland, Massachusetts, New York, Ohio, and Pennsylvania.

Brett joined PharmaCann in 2016 and became Chief Financial Officer in 2017. In that role, he developed PharmaCann’s financial function and led the Company’s accounting, finance, business development, and fundraising activities. Shortly thereafter, Brett also took on the responsibilities of Chief Operating Officer from January 2019 to August 2019 prior to becoming CEO.

Before joining PharmaCann in 2016, Brett was the Global Head of Financial Planning & Analysis for KCG Holdings, Inc., a publicly traded financial services firm later acquired by Virtu Financial. At KCG, Brett was responsible for cash/capital management, monthly forecasting, and KCG’s annual budgeting process, among other responsibilities.

Prior to KCG, Brett worked for Sears Holdings, KPMG, and Arthur Andersen where he advised multiple billion-dollar companies through financial restructurings including Chapter-11 bankruptcy filings.

Brett holds a Bachelor’s degree in accounting and finance from Indiana University and a Master’s degree from Northwestern’s Kellogg School of Management, and he serves on the board of the Chicago Metropolitan Battered Women’s Network.

She has been employed with CGLA since 2012, after graduating from Loyola University Chicago School of Law. Before attending law school, Cynthia accumulated over 30 years of professional and managerial experience in diverse fields, including information technology, process reengineering, and consumer advocacy.

Sgt. Malinowski is a former Chicago Park District Lifeguard Captain who is currently a 21+ year veteran of the Chicago Police Department and an adjunct professor teaching police administration and criminal investigations for more than 10 years.

He was assigned to district and citywide plain-clothes teams before becoming an instructor at the Chicago Police Academy in 2004.

Malinowski taught DUI classes and was cross trained as a firearms and control tactics instructor functioning as the lead scenario-based training coordinator while at the academy.

Malinowski was promoted to Detective in 2008 and assigned to Chicago's west and south sides as an Area 4 and Area South violent crimes detective.

Malinowski was promoted to Sergeant in 2014 and worked in the Roseland neighborhood assigned to the 005th District.

He is now at the Superintendent's Office of Communications where he has functioned as the Commanding Officer of external communications for the last three years.