Rittenhouse testified before a jury Wednesday about the moments he opened fire on three people during unrest in Kenosha, growing so emotional at times that the judge in the case called for a break

The defense called its final witnesses in Kyle Rittenhouse's murder trial Thursday, one day after what arguably became the biggest moment in court as the Illinois teen took the stand himself.

Rittenhouse testified before a jury Wednesday about the moments he opened fire on three people during unrest in Kenosha, growing so emotional at times that the judge in the case called for a break.

But Rittenhouse wasn't the final witness in his own defense.

His attorneys called several more witnesses to the stand, and the judge in the case indicated that the expectation is that the jury will be able to begin deliberations soon. 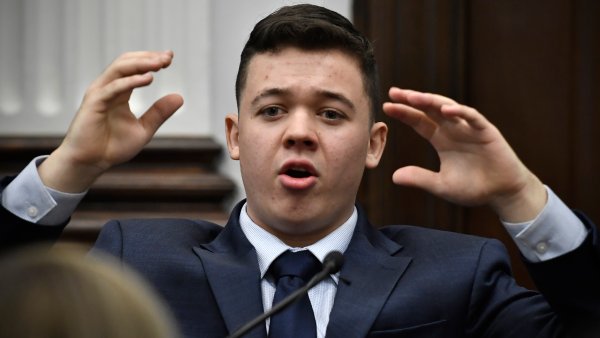 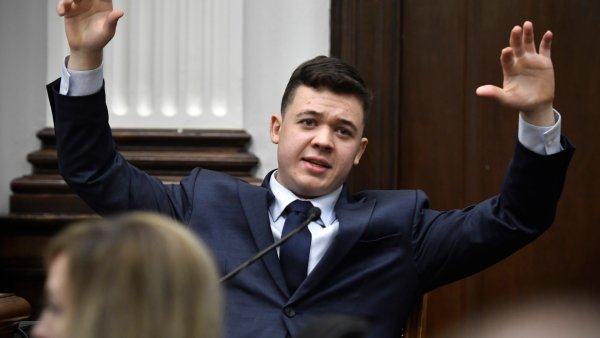 Here are the latest updates as the case unfolds before the jury.

--Judge Schroeder agrees to Monday for closing arguments and requires time limits of two and a half hours for each side. "The brain cannot absorb what the seat cannot endure," he said.

-- Jury is dismissed for the weekend, but attorneys from both sides are expected to work on instructions for a verdict Friday.

-- The defense has rested its case at the murder trial of Kyle Rittenhouse, setting the stage for closing arguments in the shootings that left Americans divided over whether he was a patriot taking a stand against lawlessness or a vigilante.

The judge indicated closing arguments could be held Monday.

-- Judge Schroeder, who admits he doesn’t understand some of the technology used to manipulate video being used in the trial, stepped down from his bench to get a better look at one exhibit. He was making sure the original and the blow up of a scene showing Rittenhouse putting down his fire extinguisher and picking up his gun were essentially the same before allowing that video to be shown to the jury.

-- When the jury comes back from a short break, the defense will rest its case. The prosecution is planning a rebuttal case with only one witness and three minutes of planned questions.

Judge has grudgingly agreed to the Monday time frame, however.

-- After blistering cross examination of self-proclaimed “journalist” and “professional commentator” Frank Andrew Hernandez, the defense indicates that it “may be done here.”

Hernandez claims he only posted what he saw on his social media accounts, but prosecutors said his efforts were done in support of Kyle Rittenhouse. “is it your practice to interject your personal opinion into the stories you are reporting on?” asked Thomas Binger, the Kenosha County prosecutor. Hernandez responded “no.” Binger retorted, saying, “but you did that here.”

-- Hernandez is coming under fire for bias in the video and descriptions he is providing about the night of Aug. 25 and his interpretation of the protests. He insists on calling them “violent riots” that he says are stoked by “Antifa and BLM.” He provided the video to the attorneys in this case through his attorney. When asked why he felt he needed an attorney to handle the submission, Judge Bruce Schroeder interrupted asking, “What is this?”

When prosecutor Thomas Binger said his line of questioning went to bias and credibility, Schroeder abruptly broke for lunch.

Hernandez' attorney uses a law firm that also represents one of the defense experts.

-- “Professional commentator” Frank Andrew Hernandez testified that Joseph Rosenbaum was combative and provocative in the moments prior to being shot by Kyle Rittenhouse. He says Rosenbaum pushed a flaming dumpster at occupied police cars and repeatedly antagonized other protesters.

“He led the charge into the gas station. He was physically aggressive. He tried to start a physical altercation with people at the gas station,” Hernandez said.

He also shows video he says he recorded of Rosenbaum being held back by other protesters.

-- When shown pieces of evidence, Officer Brittany Bray identified the exhibits as spent shell casings she recovered from the street after they were fired by Rittenhouse. She also talked about how they are ejected from the gun.

-- Defense then calls to the stand Officer Brittany Bray. She is a Kenosha cop who collected the shells from the gun Rittenhouse fired.

He estimates the first four shots fired, the ones that killed Joseph Rosenbaum, were squeezed off in less than three quarters of a second.

There is tension between the defense and the prosecution about his testimony. The prosecution thinks it is going outside the range of what was agreed to by the judge.

However, this is highly technical testimony and not the kind of thing jurors are likely to see much value in.

-- First witness today is Dr. John Black, an expert on police use of force. He also claims to be an expert when it comes to examining video evidence.

The prosecution is objecting to the scope of his proposed testimony arguing it will be beyond the scope of the terms previously agreed to by both sides.

Judge seems inclined to accept the broader scope of his testimony.

-- Judge admits he was confused yesterday and thought it was Thursday. That means the trial could end as early as Friday.

-- The defense team says it will likely call three more witnesses to the stand, and the judge in the case indicated that the expectation is that the jury will be able to begin deliberations on Monday.

There had been brief discussion of working through the weekend to wrap up the trial, but the prosecution indicated a desire to finish closing arguments on Monday in the case.

-- Kyle Rittenhouse's testimony has wrapped up after prosecutors concluded their cross-examination Wednesday afternoon.

Prosecutors showed several videos, asking Rittenhouse to detail several actions he undertook both leading up to, and following, the shootings. Prosecutors also pressed Rittenhouse on why he didn't render first aid to any of the individuals that were shot, with Rittenhouse saying that he still felt threatened and felt he had to flee the scene to escape imminent danger.

After Rittenhouse's testimony, the defense is expected to call an expert on police use of force to the stand.

-- The trial is taking a brief break after a discussion between the prosecution and judge over the reliability of images and videos after using the "pinch and zoom" function on an iPad.

Prosecutor Thomas Binger wants to use video to cross-examine Rittenhouse, which depicts aerial video of the shooting scene.

The defense is objecting to this, saying that using the "pinch and zoom" function on such a video would alter the video by inserting additional pixels.

The judge has asked the prosecution to find an expert that can testify as to the reliability of pinched and zoomed video. The prosecution asked for court to be adjourned so such an expert could be found, but the judge did not grant that request.

-- Under cross examination, Rittenhouse talks about trying to get back to his friends at the Car Source store where he felt safe.

He denies that the crowd was hostile to him prior to the shootings.

Binger still being watched by the prosecution and the judge after his previous rebuke. At one point, Judge Schroeder cautions him: “don’t get brazen with me, you know very well an attorney can’t go into these areas when a judge has already ruled.”

Rittenhouse says he brought his gun along for protection, but he didn’t think he would have to use it.

-- Defense motion for a mistrial with prejudice over what appeared to be out-of-bounds questions asked of Rittenhouse by the chief prosecutor.

Circuit Judge Bruce Schroeder did not immediately rule on the request but was clearly angry at the prosecution, telling Thomas Binger: “When you say that that you were acting in good faith, I don’t believe that.”

Rittenhouse attorney Mark Richards suggested Binger might be attempting to provoke a mistrial. The defense asked for a mistrial with prejudice, meaning that if it is granted, Rittenhouse cannot be retried in the shootings. 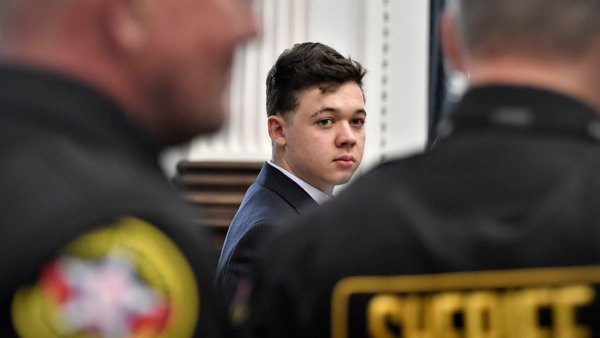