Is the Omicron Variant Less Severe Than Delta? Here's What Experts Are Saying

Chicago's top doctor said that while we are still learning about the variant and research is still developing, an early look at the latest data has led to some findings so far

Chicago Department of Public Health Commissioner Dr. Allison Arwady said Tuesday there is increased confidence that omicron "is likely to spread quickly" and even faster than the delta variant, which is behind the latest surge in the U.S., but how severe are those cases becoming?

Experts had said that in the week's following the variant's initial detection more would be learned about how it spreads and how severe it could be. Health officials have cautioned that while initial cases have appeared mild, the variant could still be dangerous to communities and severe cases are still possible.

"The early data suggests that this is probably, you know, maybe two to two-and-a-half times as easy to spread, as contagious as the delta variant," Arwady said.

Her comments echo the early findings of a study by the U.K.'s Imperial College London, which indicate there is currently no evidence the variant is any less severe than delta.

"The study finds no evidence of omicron having lower severity than delta, judged by either the proportion of people testing positive who report symptoms, or by the proportion of cases seeking hospital care after infection," the research team said Friday in a blog post accompanying the study.

The study used the data from the U.K. Health Security Agency and the U.K.'s health service for all PCR-confirmed Covid cases in England between Nov. 29 and Dec. 11.

Meanwhile, an analysis Tuesday of data from South Africa, where omicron is driving a surge in infections, found the variant seems to not just spread more easily from person to person, but is better at evading vaccines while causing less serious illness.

The data also shows, however, that while case numbers are rising, hospitalizations are not increasing at the same rate, leading the scientists to believe that the risk of hospitalization from omicron may be lower than delta or earlier variants. Hospital admissions for adults diagnosed with COVID-19 are 29% lower compared to the wave that South Africa experienced in mid-2020, after adjusting for vaccination status, according to the analysis.

But the World Health Organization's COVID-19 technical lead, Maria Van Kerkhove, said Wednesday that increased transmission will result in increased hospitalizations that burden health-care systems, some of which will fail.

"We know that people infected with omicron can have the full spectrum of disease, from asymptomatic infection to mild disease, all the way to severe disease to death," Van Kerkhove said. 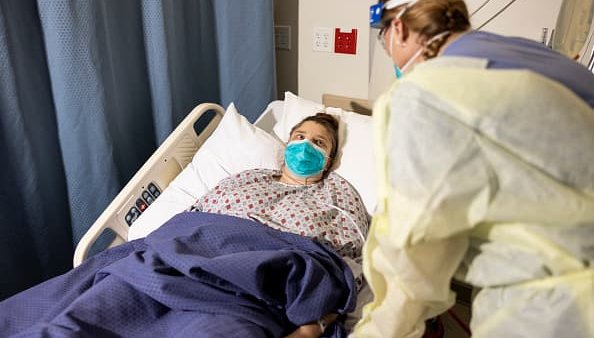 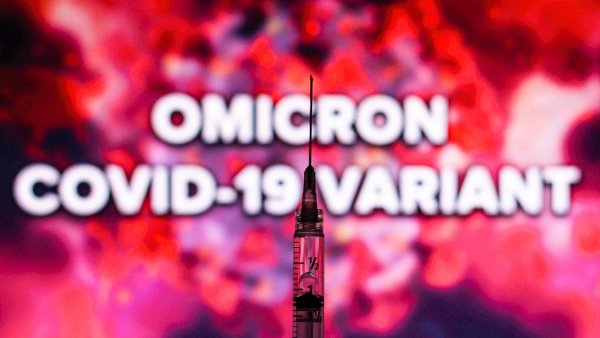 Still, the 33% marks a significant drop from the 80% protection against infection afforded during earlier periods.

The study shows protection against hospital admission even among older age groups, with 67% in people aged 60 to 69 and 60% for people aged 70 to 79.

The analysis was based on examining more than 211,000 positive COVID-19 test results, 41% of which were for adults who had received two doses of the Pfizer vaccine. About 78,000 of the positive results were attributed to omicron infections.

Other studies suggest that both the AstraZeneca and Pfizer vaccines are less effective in preventing symptomatic infections in people exposed to omicron, though preliminary data show that effectiveness appears to rise to between 70% and 75% after a third booster dose.

Dr. Anthony Fauci, the nation’s top infectious disease expert, said Wednesday there is no need, for now, for an omicron-specific booster shot. The two-dose mRNA vaccines, the Pfizer and Moderna shots, still appear to offer considerable protection against hospitalization from omicron, Fauci said.

“If we didn’t have these tools, I would be telling you to be really, really worried,” Fauci said.

In Illinois, just two cases of the omicron variant have been confirmed so far - one in Chicago and one in suburban Cook County, but authorities say they are testing for additional cases.

The case was reported in an asymptomatic person who had received at least two doses of the coronavirus vaccine, officials said.

The person had contact with someone else who tested positive for the omicron variant, but officials would not say whether that contact was in the state of Illinois or out of the state or the country.

Additional cases could soon be identified as "there are other cases that are currently being genotyped for omicron," the Cook County Department of Public Health stated.

"We're investigating positive cases that are also contacts of this case, as well as a couple of other individuals that do not seem to have a direct contact, but these investigations are underway right now," Dr. Rachel Rubin, co-lead and senior medical officer for the Cook County Department of Public Health, said.

In Chicago, the case was reported in a fully vaccinated city resident who had also received a booster dose but was visited by an out-of-state traveler who also tested positive for the variant. The resident did not require hospitalization and had been self-isolating since their symptoms began, officials said.

Arwady also said at the time that test results were pending for city residents who are known contacts of out-of-state or out-of-country omicron variant cases.