With nearly two weeks left of a statewide stay-at-home order, some counties have started defying rules by allowing businesses to reopen and not enforcing the guidelines.

But what could happen to the areas that choose to violate the order? 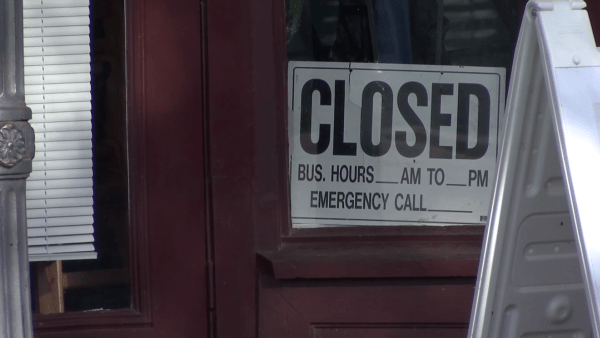 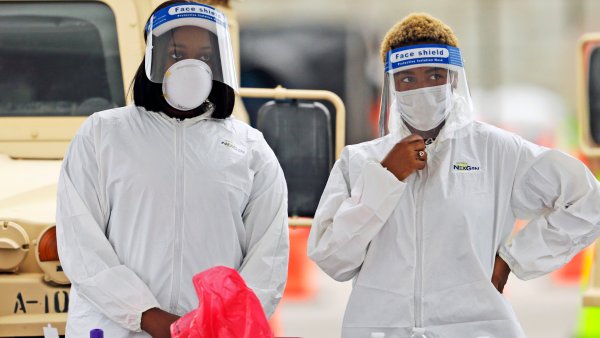 Here are the latest developments on the coronavirus crisis today (May 14):

All Regions in Illinois Now on Track to Move to Phase 3 at End of May, Pritzker Says

With just over two weeks left in Illinois' stay-at-home order, all regions across the state are now on track to meet the metrics needed to move into the next phase of reopening, Illinois Gov. J.B. Pritzker said Thursday.

"Every region is so far meeting all the metrics," Pritzker said, noting, however, that to truly meet the mark for entering a third phase, a region must average below a certain threshold for several weeks.

As of Thursday, however, the region's positivity rate fell just below the threshold needed - one of multiple factors required.

One day after Illinois saw its deadliest day of the coronavirus pandemic so far, the state reported an additional 138 deaths.

According to officials, Illinois returned 22,678 test results in the last day. That brings the state's total number of tests performed to 512,037 as of Thursday and brings the statewide positivity rate to 17 percent.

As of Thursday, 1,132 people were in intensive care units and 689 were on ventilators.

The Adler Planetarium has laid off 120 employees as the iconic Chicago institution remains closed during the coronavirus pandemic.

"The Adler made the difficult decision to reduce our workforce in order to help the Adler survive and continue to serve Chicago and the world in the post-pandemic future," a spokeswoman for the planetarium said in a statement.

The Adler has continued to pay all full-time and part-time staff since its closure on March 14, the statement continues, adding that all those whose positions were eliminated will receive their standard compensation for 60 days and benefits through the end of July.

As unemployment filings surpassed one million in Illinois during the coronavirus pandemic, the state has rolled out a digital hub to connect job seekers and employers with open positions.

"Have you lost your job as a result of the COVID-19 pandemic?" the prompt reads at the top of the state's "Get Hired" page. "Are you looking for candidates to fill open positions?"

Amid warnings from Gov. J.B. Pritzker that businesses could be held accountable or even lose their licenses if they open in defiance of his stay-at-home order, more suburban mayors are seeking to convince the governor to change his mind, saying their virus numbers are low enough to reopen now.

“We’re not really asking the governor to do anything different than he has already proposed,” Woodstock Mayor Brian Sager said.

Sager is one of several mayors in McHenry County asking Pritzker for permission for their county to move forward into Phase 3 of the state’s “Restore Illinois” plan. Under the current parameters of the plan, regions aren’t eligible to move into Phase 3 until May 29 at the earliest, but as things stand now McHenry County, a part of the Northeast region in the plan, would not be eligible to move forward, as the region’s positivity rate of coronavirus tests still is too high.

At the same time, the Kendall County Sheriff’s Office said it will no longer enforce Pritzker’s stay-at-home order after Sheriff Dwight Baird sent a letter outlining his position on the matter to the governor’s office.

In the letter, Baird said that calls to his department have been increasing about whether certain behaviors fit within the parameters of the order, but now says his department will not arrest or fine anyone for disobeying the order.

The Illinois General Assembly will return to Springfield for three days next week to take up a spring session workload long delayed by the coronavirus pandemic.

The extraordinary safety measures that will govern the May 20-22 session were delineated in a letter Wednesday from Democratic House Speaker Michael Madigan to the House minority leader. Legislators will have to pledge to follow Illinois Department of Public Health guidelines to prevent the spread of the highly contagious and potentially lethal coronavirus. They include pre-session testing of all legislators for COVID-19.

In addition to pre-trip testing, they also include agreeing to undergo body temperature checks upon entering the building for sessions, wearing provided face coverings whenever meeting with staff members or colleagues, avoiding outside meetings or social engagements, and undergoing another test upon returning home.

Coronavirus Illinois: Scenes From the Pandemic

Illinois Gov. J.B. Pritzker is warning local governments that there could be consequences if they disobey the state’s “stay-at-home” order amid the ongoing coronavirus pandemic.

With numerous communities seeking permission to move forward into phase three of the state’s reopening plan, and with some counties, including downstate Madison County, saying they will move ahead in defiance of the order, Pritzker said that numerous enforcement actions remain available to him, including withholding federal funding.

“Businesses and individual professionals that are licensed by state agencies can be held accountable for defying public health orders,” he said. “Counties that try to reopen in defiance will not be reimbursed by FEMA for damage they cause themselves. Local law enforcement and the Illinois State Police can and will take action.”

The threat of withholding federal funding is not unique to Illinois. Earlier this week, Pennsylvania Gov. Tom Wolf said that counties that disobeyed his stay-at-home order would not receive federal stimulus funds earmarked to assist counties impacted by the coronavirus.

Pritzker said Tuesday that he would consider similar measures, and on Wednesday threw down a gauntlet to state officials and lawmakers that are looking to operate their governments in defiance of protocols.

“You weren’t elected to do what is easy. You were elected to do what’s right,” he said. “I don’t have sympathy for those so intent on disregarding science and logic, so afraid to tell their communities what they don’t want to hear, that they put people’s lives at risk.”

A federal judge on Wednesday rejected a challenge to Illinois Gov. J.B. Pritzker’s authority to impose stay-at-home orders on churches in the battle against the coronavirus.

The judge dismissed the comparison between churches and grocery stores. He asserted churches are more comparable to schools, movie theaters or concert halls, where people are also not gathering.

With less than six months to go until the general election and with concerns over social distancing at polling places, some Illinois leaders are pushing to significantly expand the use of vote-by-mail ballots.

State Sen. Julie Morrison, a Democrat from Lake Forest, plans to introduce a bill that would allow the state to mail a ballot to every registered voter in Illinois. Under the provisions of the bill, select polling places would remain open for early voting and on Election Day for those who don’t feel comfortable casting ballots by mail.

Current law allows Illinoisans to request a vote-by-mail ballot as early as Aug. 5. Sen. Morrison said her bill would only apply to the 2020 Election as a direct response to the coronavirus pandemic, so voters don’t have to choose between their right to vote and their health and to protect poll workers.

In a virtual speech to the Economic Club of Chicago, Mayor Lori Lightfoot detailed which industries could reopen and what restrictions might be in place as the city prepares for phase three of reopening.

New Details on What Can Reopen in Phase 3 in Chicago

Chicago Mayor Lori Lightfoot gave a first look at what might be allowed to reopen in the next phase of the city's plan.

During a speech to the Economic Club of Chicago, Lightfoot detailed which industries will be included as the city prepares for phase three of reopening. It's the first time many residents are learning the new information as the mayor's initial plan offered few specifics.

Among those that are expected to or "on track" to reopen in the next phase, with safety guidelines in place, are childcare, manufacturing, construction and elective surgeries. That's in addition to essential businesses that have already been opened in the city, such as grocery stores, healthcare, public transit and social services. 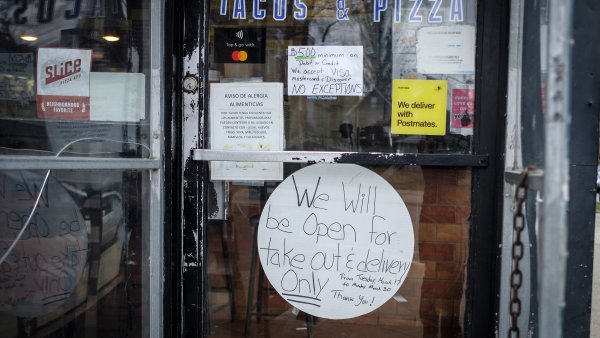 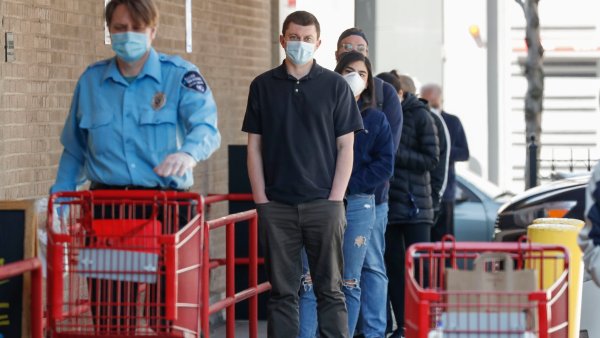 "Unfortunately at this point, we will not be ready to reopen our lakefront," she added.