While the change won't take effect until Jan. 2023, criminal justice reform advocates say the bill's passage is nothing short of historic

Under the Pretrial Fairness Act, which was spearheaded by the Illinois Legislative Black Caucus, a judge can still detain an individual if they're charged with felonies such as murder or domestic battery. However, those who aren't deemed a threat to the community won't be required to obtain cash to be released from jail prior to trial.

The change won't take effect until Jan. 2023, but criminal justice reform advocates say the bill's passage is nothing short of historic. 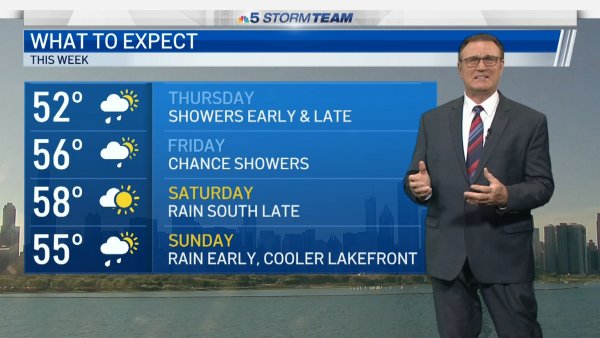 "The end of cash bond -- one of the most important reforms -- will put meaning into our criminal justice system's 'presumption of innocence,'" the Illinois Justice Project said in a statement.

While Illinois is the first state to get rid of cash bail, New Jersey has largely reduced its use in recent years, and similar proposals have been made in other states.

The Illinois Supreme Court Commission in Pretrial Practices, which strongly urged bail reform in its report last spring, found that a defendant who can't afford bail sees his or her life unravel within days -- loss of a job, loss of child custody, health problems without access to medication.

What's more, it tends to generate spurious plea deals. Someone charged with a crime, although innocent, can plead guilty to a lesser charge to get out of jail, having completed the sentence for the less-serious offense.

"I hope the rest of the country, if they're looking at this, they can see a model that says that we can get rid of a tiered system of public safety so that…especially if you're a poor person of color, you're not saddled with a really, really horrible form of public safety," Pritzker said at a press conference.

"It's a bit surreal to be standing here today to see that the fight paid off and money bond will soon be abolished at a state level, and it inspires me to keep up advocating for our communities," he said. "At the end of the day this isn't about me, but all of us, working toward making everyone in this state whole."

On the other hand, House Republican Leader Jim Durkin, a former prosecutor, previously said, "The elimination of cash bail basically says that we respect the honor system for violent criminals and gang members."

In a news release Monday, he said Illinois won't become safer because of the bill.

"This past year, Chicago has been traumatized with epic acts of violence through murders and car-jackings with no apparent end in sight," Durkin said. "At a crucial time when we should coalesce around the good men and women of law enforcement, Governor Pritzker has turned his back on them with his signature on House Bill 3653."