Here's What Won't Reopen in Phase 3 of Illinois' Plan

Certain places must wait until later phases to reopen their doors

Much of Illinois will begin reopening on a limited scale Friday, but there are some places that still must remain closed.

Gov. J.B. Pritzker announced Thursday that all four of Illinois' health regions will be eligible to enter phase three of the state's reopening plan Friday.

Chicago will not be joining Illinois in entering phase three on May 29, the mayor said. The city won't enter a third phase until at least June 3, she announced Thursday. (Click here for the city's guidelines for reopening)

For the rest of the state, Friday will mean additional businesses can resume certain services and people can begin gathering in small groups while social distancing.

(Note: For a detailed look at the guidelines for each business click here.)

But some places must wait until later phases to reopen their doors. 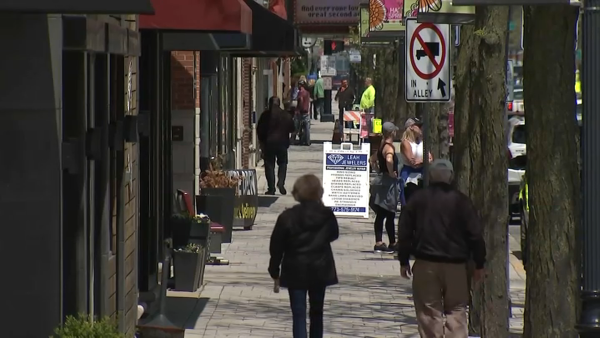 Here's a look at what will remain closed in phase three, as of today (May 28):

Cinema and theaters will not be allowed to open, even with capacity limits and approved safety guidance, until phase four, according to the plan.

Restaurants will not be allowed to reopen with limited capacity for dine-in service until phase four, according to the statewide plan. Outdoor service is allowed under phase three, along with carryout and delivery options.

Conventions, festivals, and large events cannot take place until phase five, according to the plan.