"We actually did a preparedness exercise here in Chicago that, believe it or not, was actually written as an exercise for a new virus emerging from China with the first cases seen here in Chicago," said Dr. Allison Arwady, commissioner for the Chicago Department of Public Health

Chicago health officials started preparing for an outbreak like the coronavirus almost a year ago, the city's Department of Public Health revealed Wednesday.

Last spring, the city hosted the first of a two-phase "preparedness exercise" that brought hundreds of federal, state and city officials together to plan for a potential outbreak of a new virus.

With Coronavirus spreading across the world, experts have asked people to stop touching their face. Here's why. Plus, experts give you a few tips to try to curb the habit.

"We actually did a preparedness exercise here in Chicago that, believe it or not, was actually written as an exercise for a new virus emerging from China with the first cases seen here in Chicago," said Dr. Allison Arwady, commissioner for the Chicago Department of Public Health.

While the first phase was simply a roundtable discussion, a second phase took place in August, putting much of that discussion into practice.

"We actually did a weeklong exercise that wasn’t just a tabletop when you talk through these things but we actually practiced them," Arwady said. "And as part of that we did bring together folks not just from CPS but from other schools, from higher learning, from some of the preschool and childcare facilities and we brought together folks who help plan large events in the city to really talk in some detail in an exercise setting about what this might look like."

Chicago's Health Department has set up a hotline with information and to answer questions on the coronavirus. The hotline can be reached at 312-746-4835 or email: coronavirus@chicago.gov 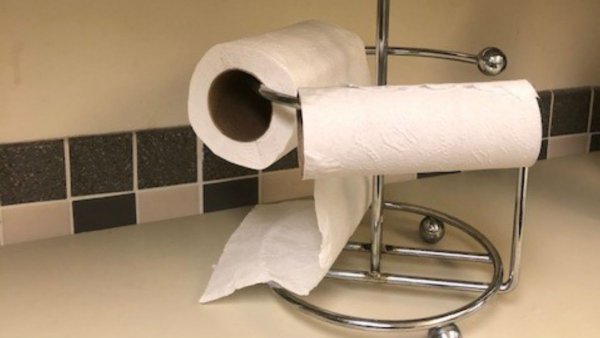 The exercise included looking at the "ripple effects" of what might happen should area schools close or major events shut down due to such an outbreak.

The city is far from taking such measures, however, Arwady said, adding that the risk to the Chicago area still remains low. Still, she noted the city expects to see more cases as the virus spreads.

Chicago Public Schools furthered its coronavirus plan Wednesday, saying in a letter to parents that sick children should stay home or will be sent home.

"Students who are sick will be sent home immediately," CPS said in a letter to parents, noting student absences will be marked as excused. "We will contact you to schedule a pick-up."

As the number of coronavirus cases rise, so do concerns from travelers.

The guidance warns that new cases of COVID-19 could arise in coming weeks as the coronavirus spreads in the United States. For now, at least, CPS doesn't plan to close schools.

"At this time, the district is not considering closing schools based on the recommendation of local health authorities," CPS noted in the letter.

The Chicago district isn't alone as multiple suburban schools announced similar precautions they were taking to prevent the spread of the virus.

Similarly, the Chicago Transit Authority said it will continue a "rigorous vehicle-cleaning schedule."

The Archdiocese of Chicago is changing how priests and parishioners interact during mass to limit exposure. The new guidelines eliminate the use of the chalice during communion and suspend handshaking during the sign of peace, Archdiocese spokeswoman Susan Thomas said in an emailed statement.

So far, Illinois has confirmed at least four cases of the novel coronavirus, also known as COVID-19. The most recent case involved a man in his 70s who was being treated at an Arlington Heights hospital. His wife, who is also in her 70s, also tested positive and was quarantined at home.

Two earlier cases in Chicago, also a husband and wife, were treated in a northwest suburb and have made a full recovery.