A coalition of activists and racial justice organizations planned to discuss the controversial Chicago police raid in which officers handcuffed a woman naked in her own home as she repeatedly cried out they were in the wrong house.

Members of Black Lives Matter Chicago, the Chicago Alliance Against Racist and Political Repression and United Working Families were among those scheduled to speak at a news conference at 11 a.m. Thursday.

The groups planned to call for a Civilian Police Accountability Council, an elected council to review the Chicago Police Department's new and existing policies, appoint the superintendent, determine CPD's annual budget and more, according to a petition in support of the effort.

"The decision by the Mayor’s office to cover up what happened to Anjanette Young proves exactly why we need an independent CPAC whose responsibility it will be to protect Chicagoans, not the Mayor’s power and office," a statement on the news conference reads.

Anjanette Young and her attorney say police wrongly raided her home on Feb. 19, 2019, as they served a search warrant. Recently released video showed officers handcuffed Young while she stood naked for several minutes, despite her saying dozens of times they were in the wrong home.

Videos of the incident that Young obtained as part of her lawsuit against the city were released this week and obtained by NBC 5 Wednesday. Chicago Mayor Lori Lightfoot's administration tried to prevent the footage from being aired on television in an emergency court filing Monday, which a federal judge rejected.

Anjanette Young said she is still dealing with the aftermath two years after Chicago police officers stormed into her home while serving a search warrant and handcuffed her naked for several minutes, despite her repeated cries that they were in the wrong home. NBC 5's Christian Farr reports. 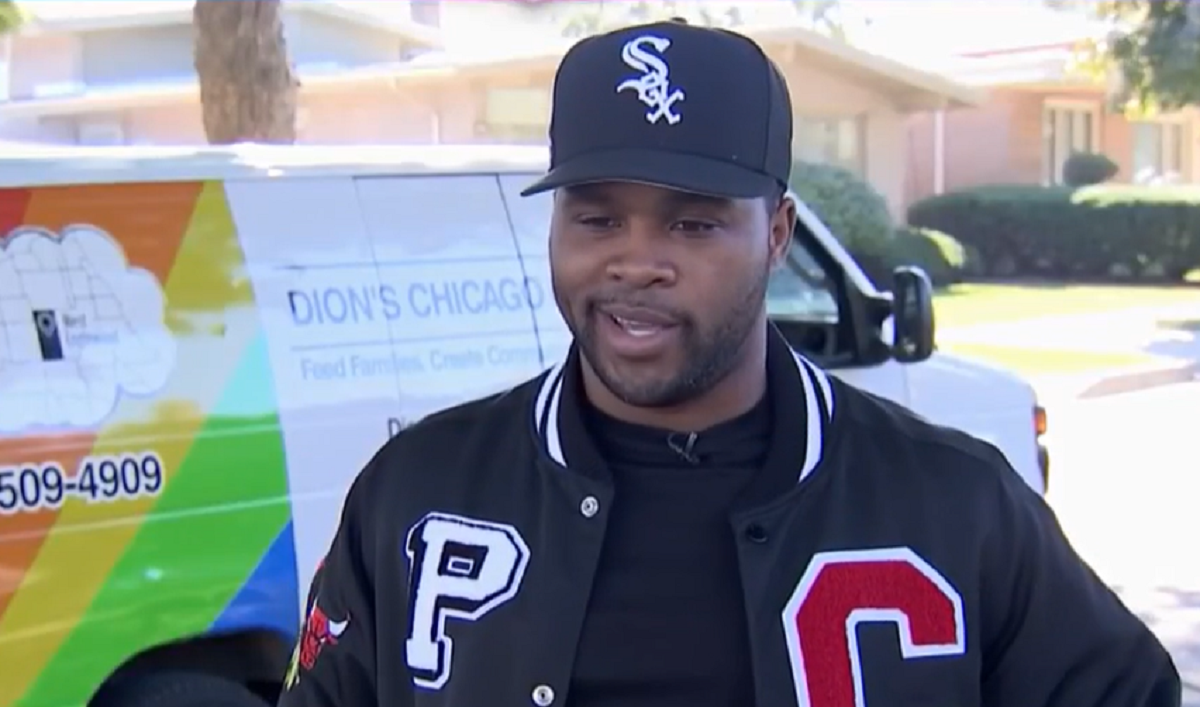 Lightfoot apologized for the "colossal mess" she said followed the raid that the woman said left her traumatized.

"As a human being, as a black woman and as a parent - yes, I am mayor - but absent that reality, I could have easily been Miss Young and I could put myself in her place...all of that is horrifying to me."

Lightfoot said she first learned of the incident, which happened before she became mayor, following media coverage Tuesday and was "completely and totally appalled."

"Miss Young's dignity that she and all of us deserve was taken from her in those moments. Her obvious trauma and distress were real, profound and resonate deeply with me," Lightfoot said Wednesday. "We should all be shaken by what she was forced to experience through no fault of her own... Miss Young, knowing that my words will not change what happened to you and your family almost two years ago, I nonetheless say to you I am sorry."

Chicago Mayor Lori Lightfoot apologized for the “colossal mess” she said followed a Chicago police raid that left a woman, naked in her home, handcuffed and traumatized. NBC 5’s Natalie Martinez has the story.

"I made it very clear to the corporation council that I will not be blindsided by issues like this," Lightfoot said Wednesday. "Had I been advised that this was in the works I would have stopped it in its tracks. This is not how we operate."

Young said she is still dealing with the aftermath from the incident nearly two years later.

"This is so terrifying for me that two years later, I'm still dealing with it," Young said. "That the city has spent the last two years and, for lack of better words, is telling me that they did nothing wrong."

Young spoke publicly Wednesday amid what her attorney and city activists said was an attempt to cover up the video of the raid, which her attorney described as "a very eerily similar situation" to the one that killed Breonna Taylor in Louisville, Kentucky.

"Laquan McDonald tragically lost his life. Breonna Taylor tragically lost her life. Miss Young was violated and by the grace of God, she's here to tell her story," said attorney Keenan Saulter. "But Laquan McDonald and Breonna Taylor should have been instrumental in the decisions that the city made about this video, and in the ways that they approached this case. How, after seeing the horrific nature in which Breonna Taylor was murdered in her own home - in a very eerily similar situation - how could you know that that occurred during this calendar year, that caused global level protest during a global pandemic, and think it was okay to try to suppress?"

Anjanette Young said she is still dealing with the aftermath two years after Chicago police officers stormed into her home while serving a search warrant and handcuffed her naked for several minutes. She also shared her message for Chicago Mayor Lori Lightfoot surrounding the handling of the case.

In the video, police officers can be heard knocking before shouting "police search warrant."

According to her attorney, Young repeated that phrase 43 times during the raid.

An officer ultimately threw a blanket over her shoulders at one point, but because she was handcuffed the blanket slipped off her shoulders, leaving her exposed again.

The scene was captured by body cameras officers on the scene were wearing.

"I pride myself in being a law-abiding citizen. I've always lived my life being truthful to what is right and wrong," Young said. "Working as a social worker, I've spent over 20 years working with families who deal with trauma, helping families through hard situations. And it's been very surreal and overwhelming to live this experience."

A spokesman for the Civilian Office of Police Accountability, tasked with investigating police misconduct, said Young had not filed a complaint with COPA but that the agency initiated an investigation in November 2019 after it was notified that a lawsuit had been filed.

Saulter blasted the city's handling of the case as he alleged police raided the wrong home.

"There's no justification for withholding videos under the guise of saying there's an ongoing investigation," Saulter said Wednesday. "How long does that investigation take?"

On Tuesday, Lightfoot blamed COPA for not releasing it earlier.

“I respect the independence of COPA, but give me a break that we didn't put this video out in all this time," she said at an unrelated press briefing. “It's ridiculous, it really is.”

Lightfoot noted in a statement Tuesday that a new search warrant policy took effect in January, requiring additional CPD supervisory review and sign off before a search warrant can be sought from a judge and a separate verification step to ensure the property is the correct location.

“I have further directed a review of how this matter was handled by various city departments to determine that there was compliance with city procedures," her statement read. “Since this matter is the subject of litigation and an open COPA investigation, I will have no further comment.”

Still, both Young and her attorney questioned Lightfoot's handling of the aftermath.

"A mayor that ran on transparency, a city corporation council that is clearly out of control, not reporting details to the mayor. Something has to change," Saulter said. "And the change can't be to attack another innocent woman first in her home, and then in court to say she violated a protective order. How is that the response? Has there been any discipline of any police officer for violating this woman's privacy?"