Federal Judge Joan Lefkow walked into a nightmare in February of 2005, when she returned home to find her mother and husband murdered at the hands of a man who had appeared before her months before. It was the kind of crime few could have imagined at the time.

"No, not before it happened to me," Judge Lefkow told NBC 5. "You know, we took [security] seriously, but not to the point of changing our lifestyle very much."

Heightened threats have become more clear, based on data, against Chicago judges and federal buildings in the city in the last several years. NBC 5 Investigates' Phil Rogers reports.

After the murders, home security was enhanced for judges nationwide. But now, members of the federal bench face a very different kind of threat, often from individuals who have never appeared in a courtroom.

"I think the expansion of communication through social media has really magnified the voice of people at the extremes of society," Lefkow said. "You know, our last president was very vocal about judges and accusing judges of being political operatives."

President Donald Trump was indeed vocal about judges, often singling them out on Twitter and in speeches, especially over rulings involving his immigration policies or travel bans.

"That sort of feeds into this narrative that judges are biased and not to be trusted," Lefkow said. "But that goes back quite a long ways."

Data from the U.S. Marshal's Service shows an alarming spike in threats against judges and other protectees, from less than 1,000 in 2015 to over 4,000 in each of the last three years.

And there have been other horrifying examples of individuals acting on their anger. Last year, a former litigant shot and killed the son of New Jersey Judge Esther Salas and critically wounded the judge's husband. In 2013, a sniper fired a shot within a few inches of Judge Timothy Corrigan in his Florida home after purchasing the judge's personal information online for less than $2.

Last month, Joshua Farner of downstate Marion was charged with threats against a federal judge in Chicago. Another man, Damien Grant, faces charges of threatening another judge, as well as the U.S. Attorney in Springfield, and President Trump.

"The people who are being charged in court are only the tip of the iceberg of all of the threats that we are seeing," said Judge David McKeague, the chair of the security committee for the Judicial Conference of the United States. "They certainly have become more personal over the years, and they have become more fixated on individual judges."

Federal legislation prompted by the attack on Judge Salas' family came within a vote of passing by unanimous consent in Congress last year. That bill, named after Salas' son Daniel Anderl, would shield the personal information of judges and their families online. Another attempt at passage is currently pending, as are a number of companion measures, intended to strengthen judicial protections.

"Judges' photographs are being posted, pictures of their homes, their home addresses, their phone numbers, information about their significant others and their kids," McKeague noted. "All are apparently considered to be fair game by these people with grievances against federal officers."

Money has been allocated to create a monitoring center where marshals will watch the internet for violent chatter targeted at judges. But that element alone would cost an estimated $10 million per year. Another $7 million would go for enhanced security of judges' homes.

Over $100 million is proposed for enhancing the physical security of courthouses. That's another move that might not have been envisioned a few decades ago. But the sight of hundreds storming and breaching the United States Capitol was a sobering reminder that protecting judges goes beyond their private lives.

"All that would be left if someone breaks into the building would be deputy marshals and courtroom security officers with guns," Judge McKeague said. "And using lethal force against the public is the last thing that should happen, not our first line of defense."

Rebecca Pallmeyer, the chief judge of the Chicago federal court, said she knew she wanted to be a judge since law school. And that the recent personalization of judges flies in the face of the role she has always believed she and her colleagues play in society.

"We ought to be viewed as pretty much nameless and faceless voices of reason and justice," Pallmeyer said. "We are supposed to be exercising the law and carrying out the law and doing what we believe to be the right thing and that we believe follows precedent -- that's the role."

Pallmeyer called the threats against judges "kind of shattering."

"The world is a large one now," Pallmeyer said. "And it's so easy for somebody who wants to do us harm, to find out information about us that we would rather they not know." 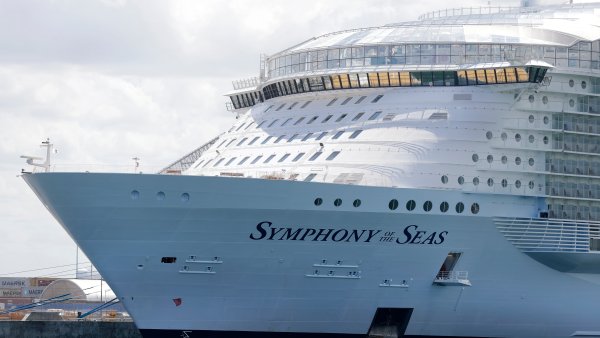