Evangeline Lilly Is Back in “The Hobbit”

If anyone’s going to conjure up a new character out of whole cloth to fit seamlessly into the world created by author J.R.R. Tolkien, it would be filmmaker Peter Jackson.

Jackson, the man behind the film adaptation of “The Lord of the Rings” trilogy and the three Hobbit prequels, would’ve earned a little trust from the fanbase. But he and his collaborators had to prove that the Woodland Elf Tauriel was worthy – not just to audiences, but also to Evangeline Lilly, the actress who plays her.

Tauriel – the feisty female captain of the Mirkwood Forest ‘s Elven guard, who at a mere 600 years old is a less advanced elf than previously seen in the franchise – was conceived by Jackson and his story and screenplay collaborators Fran Walsh (Jackson’s wife) and Philippa Boyens as a means of both opening up the universe and introducing a woman into the male-dominated cast of characters. 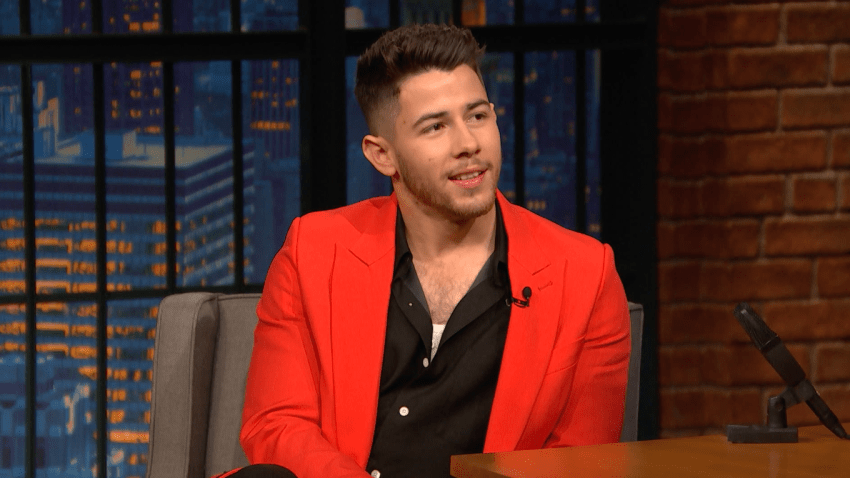 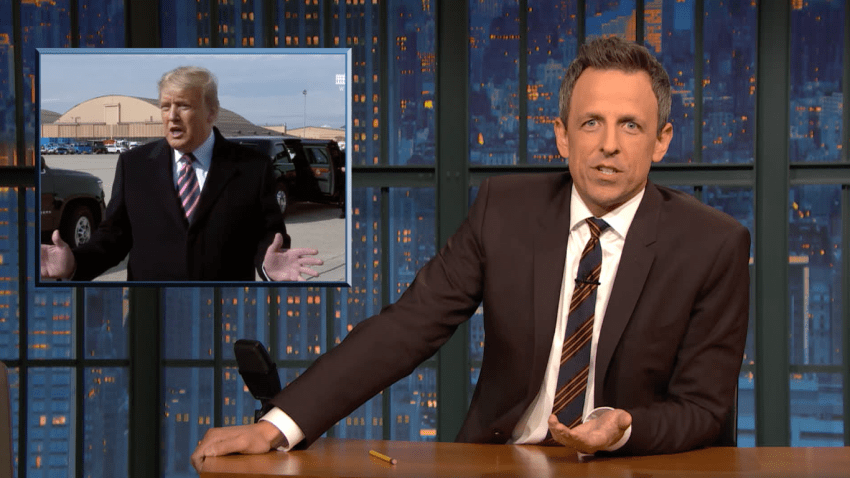 ‘Late Night’: A Closer Look at Dems Debating Dictators as Trump Acts Like One

The Wooldland Elves who appear in "The Hobbit" novel are nameless, undeveloped characters. So the filmmakers drew upon references from appendices appearing in Tolkien’s later works to flesh out roles like Lee Pace’s elf king Thranduil, incorporate Orlando Bloom’s “Rings” role as Legolas into to the story to help bridge the two trilogies, and finally craft Tauriel largely as an entry point for female fans.

“People always ask why we felt the need to create her,” says Jackson. “In 'The Hobbit' novel, [Bilbo Baggins and the dwarves] are captured by the elves and they escape in the barrels, and it's a memorable part of the book, but actually the elf king is not even named – it was only later on that Tolkien decided that he should be Thranduil. And then he also decided that Thranduil had a son when 'The Lord of the Rings' was written, and 19 years later, he created the character of the son of the king [which became Legolas for the ‘Hobbit’ films].”

“So you've got material there, but you don't have a scene in a film that's memorable,” says Jackson.

“We wanted three Elven characters who were all different, to create characters that have conflict with each other and have different agendas. Thranduil, Legolas, and Tauriel are all on different life paths, which make for more interesting ability for Fran and I to write the narratives through their eyes.”

To realize their vision of Tauriel – a more reckless and impulsive elf than previously seen, and one who finds herself at the center of unexpected romance – Jackson thought of Lilly, impressed by her work on the television series “LOST” as the enigmatic, independent Kate Austen. But Lilly proved an elusive quarry, having largely retreated from Hollywood after “LOST” concluded.

“What's so strange about retiring at 30? I think that's most people's dream!” laughs Lilly. “I had retired into what I thought would be a real life of quiet motherhood and writing and didn't really plan on taking any more acting gigs. It had been about at least five years since I had taken a meeting or engaged in a new project. I was just off the grid, so to speak.”

So far off, in fact, that after several thwarted attempts Jackson had to find his way to her through a production team member who happened to once work with her romantic partner. “He got a text message one day saying, 'Peter Jackson's trying to reach Evangeline. Do you think she might be able to pick up the phone, please?'”

The filmmakers discovered that Lilly was a bona fide Tolkien fan. “Because 'The Hobbit' was my favorite book as a little girl and the Silvan elves were my favorite characters in the book, it would be a dream come true to play one,” she recalls. “Then they said, 'Your character's not in the book.' And I took great pause, as a great fan of Tolkien – I kind of gulped and went, 'Wha-ha? What? Everyone's going to hate me.' But it didn't take long for them to completely convince me that it was the right thing to do, and that it was a good idea.”

“Feminine energy was lacking,” says Boyens. “Professor Tolkien wrote fantastic female characters. He just didn't write one for 'The Hobbit.' Evangeline understood that immediately, and she was brave and she said yes.”

“To his defense, Tolkien was writing in 1937, and the world is a different place today,” says Lilly. “In this day and age, to put nine hours of cinema entertainment in theaters for young girls to go and watch and not have one female character is subliminally telling them, 'You don't count. You're not important and you're not pivotal to story.' And I just think that they were very brave and very right in saying, 'We won't do that to the young female audience who come and watch our film.' Not just the young female audience, but even a woman of my own age. I think it's time that we stop making stories that are only about men, especially only about heroic men. And I love that they made Tauriel a hero.”

The filmmakers also wanted to explore Tauriel’s emotional life. “I remember that moment where I said, 'And this is a love story,'” recalls Boyens as she pitched the premise to Lilly. “'It's not a conventional love story…It’s with a dwarf.' And there was a silence.” But as Boyens revealed that a romantic spark would ignite between Tauriel and Kili, a member of Thorin Oakenshield’s dwarvish followers played by Aidan Turner, the actress was quickly swayed.

“I agreed to the job under one condition, they agreed to the condition, and that condition was in place for two years: the condition was I will not be involved in a love triangle,” chuckles Lilly, whose “LOST” character endlessly careened between Jack and Sawyer. “I'd had it up to here with love triangles. And sure enough, I come back for re-shoots in 2012 and they go 'We've made a few adjustments to the love story.'”

“That was a ‘whoops’ moment,” says Boyens after re-conceiving the character dynamics to add hints of deeper feeling toward Tauriel from Legolas. “What happened was when we saw it playing, that first exchange of looks between Kili and Legolas, was just kind of perfect…Legolas hates dwarves in ‘The Fellowship of the Rings.’ This is animosity. That had to come from somewhere."

Along with understanding the filmmakers’ ultimate vision for Tauriel, Lilly then got to indulge in her long-nurtured fantasy. “Seeing myself for the first time on screen as an elf – because I'm a real Tolkien geek, and I had dreamed about being an elf since I was a little girl, there was an incredible amount of satisfaction and dream realization,” she says. “The ears and the wig and the actual visual was very, very exciting…You don’t feel them once they’re on. You forget they’re there, which is the mark of how talented the prosthetic team is.”

The athletic actress also had to dedicate herself to a challenging training regimen, having allowed herself a relaxing stretch of time away from strict workouts after becoming a mother. “I was not in as good shape as I would liked to have been,” she admits.

“She's just one hundred percent committed to the role,” says Jackson, who became comfortable with Lilly as Tauriel. “I have spent more time in her company when she's wearing the wig and the ears…I never see the actors. They walk on set ready to go, they shoot, and they go home at the end of the day, and I'm just not used to any of that stuff. To see them as humans – it's rather disturbing.”