Simone Biles Returns, US Basketball Advances: What You May Have Missed in Tokyo

Simone Biles made a triumphant return to the Tokyo Olympics Tuesday after withdrawing from several earlier events.

Some big medals were also on the line in track and field and the U.S. men's basketball team prevailed in its toughest test yet.

Here are five things you may have missed Monday night and Tuesday morning:

Simone Biles made her return to Olympic gymnastics -- and the Olympic podium -- in Tuesday’s balance beam final.

Biles was the third gymnast on the beam and posted a score of 14.000, finishing with a bronze medal.

The American superstar returned to the gymnasium to compete in Tuesday’s balance beam final after missing the previous four events. Biles pulled out of the individual all-around, vault, uneven bars and floor exercise after experiencing the “twisties” on a vault in the team final last Tuesday.

Biles also won bronze on the balance beam at the 2016 Rio Games. She has seven Olympic medals in her storied career, including silver from the team competition in Tokyo. She tied Shannon Miller’s American record for most Olympic gymnastics medals with Tuesday’s result.

US Men's Basketball Beats Spain to Advance to Semifinals

The U.S. men's basketball team defeated Spain 95-81 to advance to the semifinals.

Kevin Durant paved the way with 29 points to lead the U.S. to the quarterfinal win.

Spain came out as the better team in the first half, led by Ricky Rubio, who ended with 38 points. But the U.S. was able to go into the break with the score tied at 43.

Durant scored 13 points in the third quarter, but an 11-2 run by Spain to end the quarter made it just a 69-63 lead for the Americans.

The U.S. had a strong fourth quarter, outscoring Spain 26-18 to hold onto the victory.

Sports climbing made its Olympic debut 3 a.m. CT on Tuesday.

There are three disciplines in Olympic sports climbing: Bouldering, Speed, and Lead. Each participant must compete in all three, and a winner is determined by multiplying a competitor's placement in the various disciplines. The lowest score wins gold. Because each competitor must compete in all three disciplines, each climber must have a combination of speed, flexibility, and endurance if they wish to reach the podium.

Behind the scenes through TikTok in the Olympic village

Team USA’s hopes of for gold in sport climbing's Olympic debut rest on the shoulders of Nathaniel Coleman and Kyra Condie. Coleman won three consecutive USA Climbing Bouldering OPen National Championships (2016-2018). Condie is making an Olympic debut that was once thought impossible. Early into her climbing career it was discovered that she had idiopathic scoliosis and would require surgery. After being told she would never climb again, Condie now has a chance to be an Olympic medalist.

The world's fastest woman added another gold medal on Tuesday.

Jamaica's Elaine Thompson-Herah posted a national record time of 21.53 in the women's 200m final. It is her second gold of the Tokyo Games after she won the 100m with an Olympic record 10.61 on Saturday.

There were also final competitions in men’s pole vault and women’s hammer throw, which included Southern Illinois University grads Gwen Berry and Deanna Price, though neither medaled in the hammer throw event.

American teenager Athing Mu dominated the women's 800m final on Tuesday, coming in first at 1:55.21. She is the first American woman to win the event since Madeline Manning earned gold in 1968.

American track star Noah Lyles also made his Tokyo Olympic Debut. Lyles, the owner of the fourth-fastest time ever in the event, was third in his heat after taking his foot off the gas ahead of the finish line. His 19.99 result was nearly half a second slower than his personal best of 19.50.

Erriyon Knighton, 17, dominated the first semifinal heat. He posted a 20.02 time even after looking over to his competitors four times over the final 100m.

Kenny Bednarek posted the best time of the three Americans who advanced with a 19.83 result. He finished second in his heat behind Canada's Andre de Grasse, who turned on the burners for a 19.73.

The American dominated the competition en route to a gold medal. She first beat Japan's Sara Dosho, who was the defending gold medal winner in the event, by a score of 10-0. The native of Katy, Texas, followed that with a win against China's Zhou Feng 10-0. Mensah-Stock took down Ukrainian wrestler Alla Cherkasova 10-4 in the semifinals to give her the chance at the gold. 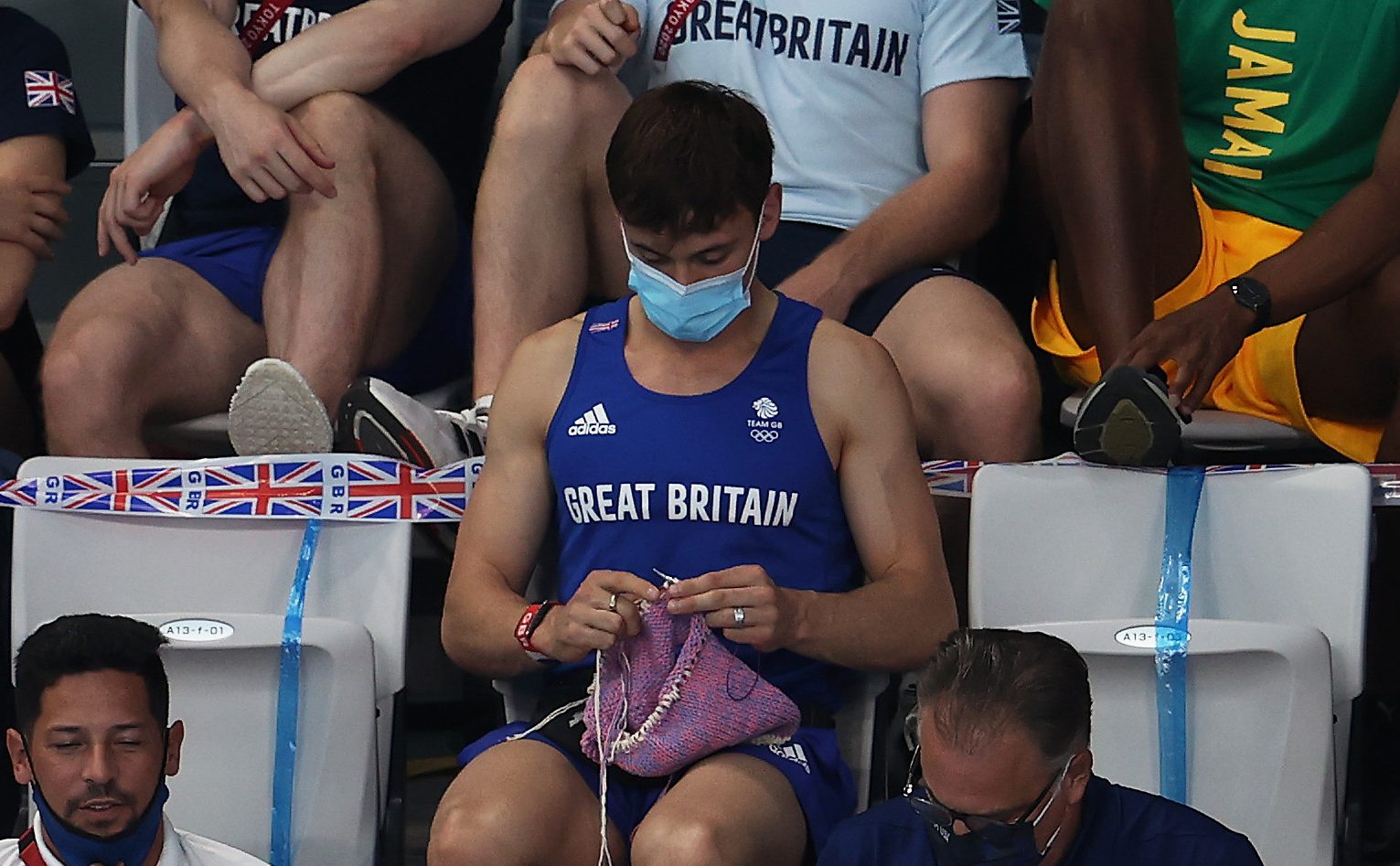 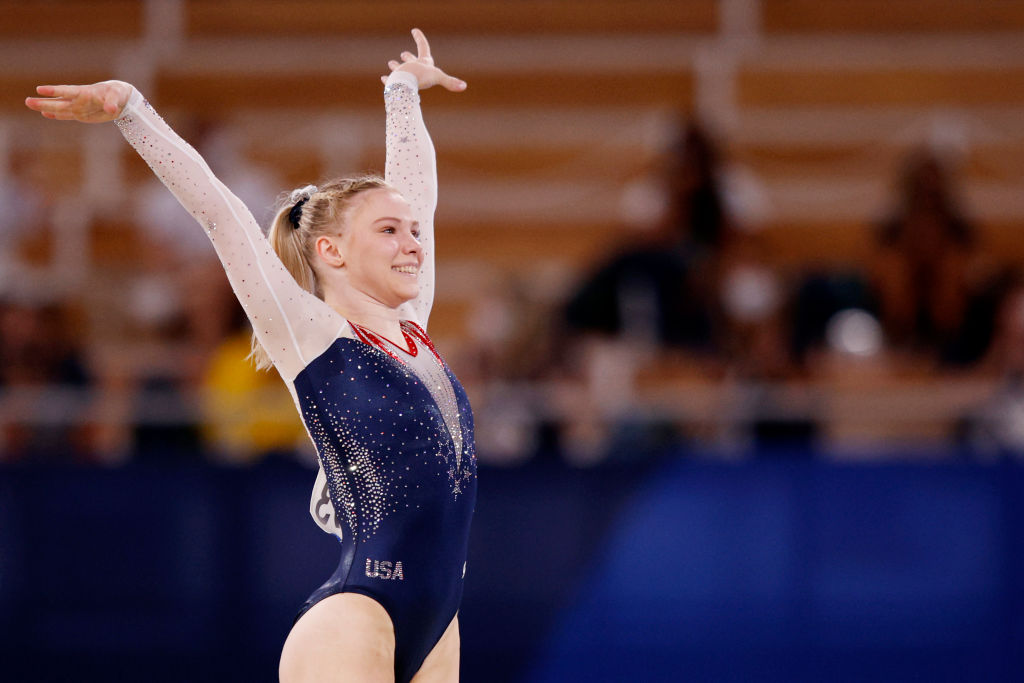 All About Jade Carey and Her Gold Medal Performance in Tokyo