How the Blackhawks Upset the Oilers in the Stanley Cup Qualifiers

There was a lot the Western Conference's No. 12 seeded Blackhawks did right to upset the West's No. 5 seeded home ice Oilers in the Stanley Cup Qualifiers.

There was a common theme for a lot of the goals the Hawks scored against the Oilers, they were hard-earned and a lot of them were deflected into the Oilers' net. Five of the Blackhawks' 16 goals in the series came off deflections.

Matthew Highmore had a tip-in late in Game 3 to set the table for the 4-3 comeback victory, then scored the same way to put the Hawks ahead 2-1 in the first period of Game 4. Blackhawks captain Jonathan Toews had a Connor Murphy shot deflect off his shin pad for the game-winning goal in Game 3 with 1:16 remaining in regulation.

Throughout the series, the forwards got the puck to the D-men in the offensive zone and got to the front of the net to create a screen or try for a tip-in. The formula constantly worked for the Hawks and they need to keep at it for as long as they're in the postseason. 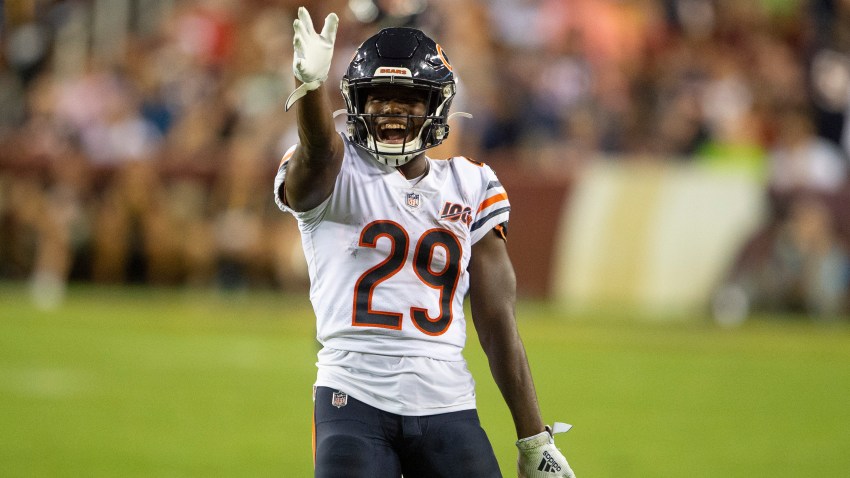 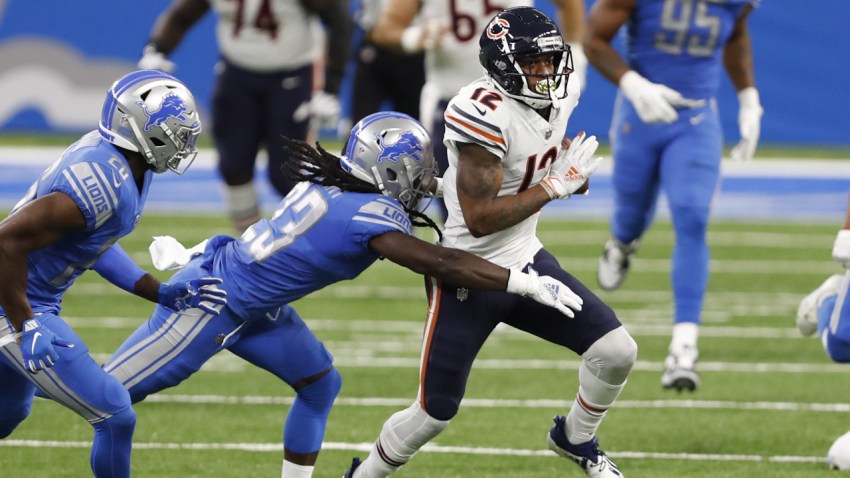 Keeping McDavid and Draisaitl in check

Leon Draisaitl and Connor McDavid had the first and second most points in the NHL before the pause, respectively.

Against the Blackhawks in the qualifying round, they had a combined 15 points (five goals, four assists for McDavid; and three goals, three assists for Draisaitl), which may not read like an accomplishment, but considering the uncanny offensive talent the two possess, the Hawks definitely succeeded in limiting their chances and keeping them from reaching their full level of production or potential in the series.

Related: More hard-earned goals and a killer PK advance Blackhawks to Round One

Coach Jeremy Colliton and his Hawks definitely got the best of McDavid and Draisaitl when they were the home team and had last change in Games 3 and 4. Colliton often put Toews' line against McDavid's - as well as the Blackhawks' fourth line with center David Kamp occasionally.

Toews and his line were able to play solid defense against McDavid and the other Edmonton combos they faced. The Blackhawks captain was also able to help the Hawks hang onto the puck, winning 55.34% of the faceoffs he took in the series. McDavid won 43.1% of his draws in the qualifying round.

The Hawks went 12-for-17 on the penalty kill, including 5-for-5 in Game 4, in the play-in series against the Oilers. Chicago only allowing Edmonton five power-play goals in the entire series is pretty impressive as the Oilers touted the best power-play in the league during the regular season.

Maintaining a strong PK would benefit the Hawks in Round One, but so would staying out of the box to avoid an unfavorable momentum swing.

Toews had a monster series, resembling his former 2010 Conn Smythe-winning self in how he was able to take over some of the games in the qualifying round against top players like McDavid and Draisaitl.

In addition to being able to limit McDavid and win a majority of his draws, Toews had seven points (four goals, three assists) in the series.

The three-time Stanley Cup champ had two two-goal games (Game 1 and Game 3) in the series and won a battle behind the net to get rookie Dominik Kubalik the puck in front for the series-clinching goal in Game 4.

After missing the first 12 days of the Hawks' Phase 3 training camp after recovering from COVID-19, Crawford progressed into looking like the two-time Stanley Cup champion goalie he is and appears to have plenty of quality hockey left in the tank.

After allowing 13 total goals in the first three games of the series, Crawford played his best contest on Friday, saving 43 of 45 Oilers shots for the win. It definitely looks like he's now in postseason form.

The Blackhawks younger players really stepped up in the qualifying round series. After Jonathan Toews, Kirby Dach was arguably the most consistently good Hawk.

Dach, 19, was only held off the scoresheet in Game 4 after logging a three-game point streak with four assists to start the series. He became the first Blackhawks rookie to score a point in his first three playoff games since Eddie Olczyk in 1985.

Kubalik, 24, set a new Blackhawks record for rookie points in a playoff game with his five-point performance in Game 1, scoring two power-play goals and picking up three assists. Steve Larmer held the previous record. Larmer had four points (one goal, three assists) in Game 2 of the 1983 Division Finals. Larmer went on to win the Calder Trophy in 1983.

Highmore, 24, put the Hawks ahead 2-1 at 7:56 of the first period of Game 4 after tipping in a Duncan Keith shot from in front of the net. It was the second straight game Highmore scored off a deflection. In Game 3, he tied the game 3-3 at 14:13 of the third period, deflecting a shot from defenseman Slater Koekkoek past Oilers goalie Mikko Koskinen and setting the table for Toews to complete the 4-3 comeback victory.