The 2021 NFL regular season is quickly approaching after three weeks of preseason games.

The Chicago Bears rookie QB Justin Fields impressed in the preseason, but head coach Matt Nagy has named Andy Dalton the starting QB in Week 1. But how long will the veteran QB go before the young former Buckeye takes over the job? Other preseason standouts include Alec Ogeltree, Dazz Newsome and Germain Ifedi. 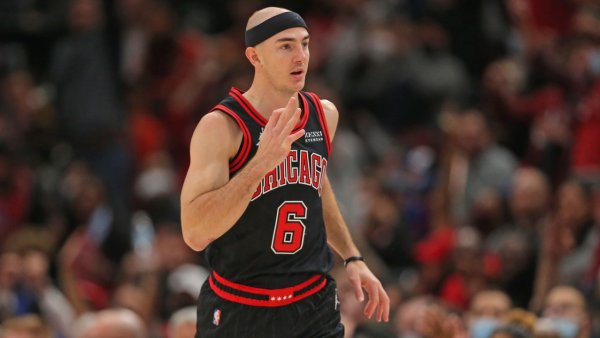 Chicago travels out west to L.A. in Week 1 to take on the Los Angeles Rams. It’ll be a tough test to start the season, but one that Chicago is familiar with, as they’ve played the last three seasons against the Rams. But both teams will have different QBs at the helm this go around.

Here’s the full betting preview for the Bears’ Week 1 game against the Rams:

This will be the fourth consecutive season that the Bears and Rams have faced each other. All have been low-scoring affairs, with the Bears' highest point total in those games being 15. Surprisingly, those 15 points were enough to give the Bears their only win against the Rams in their three prior matchups. With both teams carrying strong defenses yet again, the under is looking pretty good.

Chicago has yet to replicate its success from the 2018 season. The Mitch Trubisky era is officially over as the Bears elected not to bring back the No. 2 pick in the 2017 draft. Trubisky was a big reason why the Bears were able to grab the final playoff spot last season, but it wasn’t enough for Chicago to keep him around. GM Ryan Pace brought in Andy Dalton this offseason, then traded up to draft Fields as the team hopes to improve upon their exactly average 8-8 campaign in 2020.

The Rams were one of the best teams in the NFL last year, and in any other division, would probably have been better. Then, they went out and upgraded at the QB position by trading away Jared Goff for Matthew Stafford. Boasting one of the best defenses in the league with Stafford at the helm of the offense, the Rams will be a Super Bowl contender again this season.

For more, here are the full odds for the Bears vs. Rams game.

Where Can I Bet On Week 1 NFL Games?

PointsBet, our official sports betting partner, has all the odds for Week 1 NFL games right here. You can check back each week for the latest spreads, odds and all betting information for every game.

The oddsmakers have a ton of faith in the Bears to right the ship after last season. It’s evident in their playoff, divisional and Super Bowl odds.

Bears to make the playoffs +180

You can also place futures bets on various Bears players to win season-long awards. Here are some of those odds:

David Montgomery to win Offensive Player of the Year +8000

Khalil Mack to win Defensive Player of the Year +2000

Justin Fields to win Offensive Rookie of the Year +700

The full docket of NFL futures can be found at PointsBet here.