The Chicago Bears had a first-round pick in the NFL Draft for the first time since 2018. And the Bears used that to pick Justin Fields with the 11th overall pick after trading up.

This is the Bears' first draft pick in the first round of the NFL Draft since 2018, when Chicago selected Georgia linebacker Roquan Smith. The Bears' 2019 and 2020 NFL Draft picks went to the then Oakland Raiders in a trade for pass rusher Khalil Mack. 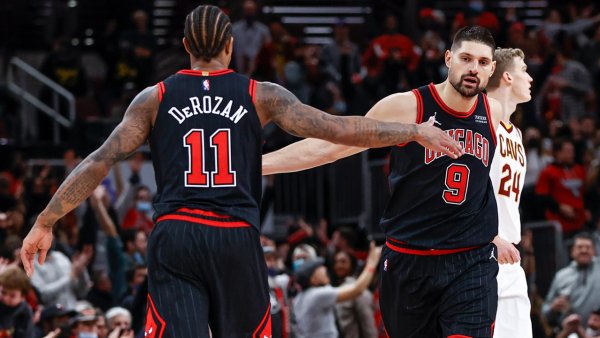 In exchange for the 11th overall picks, Chicago sent the New York Giants the 20th and 164th overall pick in 2021. The Bears also include a 2022 first- and fourth-round pick.

It comes after the Bears signed quarterback Andy Dalton in free agency just a month ago. The Bears were quick to name Dalton their starter.

Strengths: Fields is an outstanding athlete with an outstanding size and good feet. His mobility is a weapon, but he’s really a pocket passer who happens to be mobile. Can make every NFL throw. Unquestioned toughness was shown when he played through extreme pain against Clemson in the 2021 Sugar Bowl. Coaches love this guy — not just Ohio State coaches, but even opposing coaches who recruited him out of high school.

Weaknesses: Fields is a methodical passer who sometimes hesitates to pull the trigger. The clock will need to be faster at the NFL level. While he can make plays with his feet when structure breaks down, he’s not as dangerous of a thrower off-platform. Fumbles were also an issue for him at Ohio State so an emphasis on ball security will be important.