Alec Mills stopped himself before repeating the same team-first mantra he’d brought up in many a press conference. 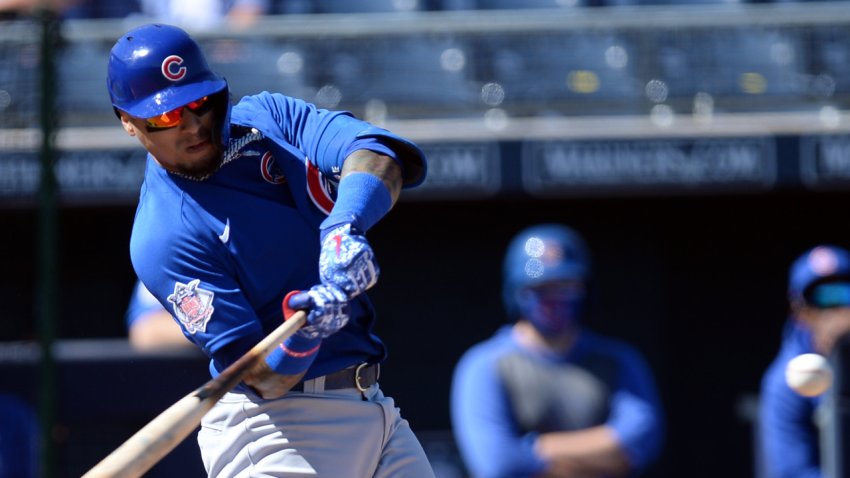 “I know I give you guys the same cookie-cutter answers,” Mills said Thursday, “but I'm really just trying to do what I can.”

He’d said something similar when he was battling for a back-end rotation spot last year, again after his no-hitter, and now at the beginning of Spring Training 2021. But that consistency is one of the things the Cubs appreciate about the right-hander.

Mills’ role in a starting rotation that carried a struggling Cubs offense to a 2020 division title didn’t guarantee anything this year. Not with Jake Arrieta, Zach Davies and Trevor Williams added to the pitching staff.

“The great thing about Alec is he's really honed to do whatever to help the team,” Cubs manager David Ross said. “Talked to him multiple times, and he'll pitch big innings for us, in maybe a bullpen role, maybe a starter role. Who knows?”

“In my mindset, I'm still coming in fighting for a job,” he said, “and I think nothing's given.”

After the pandemic shut down Spring Training last year, Mills left Arizona in a swing man role. But before camp resumed in July, José Quintana sliced his throwing hand on a broken glass while washing dishes. Mills opened the season as a member of the starting rotation.

He made 11 starts, the most of his career, highlighted by a no-hitter at Milwaukee in September.

“Every offseason and every time coming in, I want to be ready to pitch 200 innings at the major-league level so that this is not a surprise,” Mills said after the game. “… Obviously that’s not going to happen every year -- my role changes -- but I think that mindset helped me step in, fill in for Q and some other guys when they needed.”

It was a triumphant afternoon, a true underdog story. But even in the aftermath, Mills was talking about filling whatever role the Cubs needed him in. He said he didn’t take time to re-watch his no-hitter this winter.

“Maybe when I retire,” Mills said.

Evaluating Mills’ first “full” season in the rotation comes with the caveat of him only throwing about 62 innings due to the 60-game schedule. He recorded a 5-5 record and 4.48 ERA. But would the season have worn on him if it had gone longer? Would he have found a groove and finished with better numbers?

“I look at growth,” Ross said of evaluating pitchers like Mills and Adbert Alzolay, who have limited starting experience in the big leagues. “… It really comes down to the player. These guys show me that they're ready. They go out there and perform and get big outs.”

The difference this Spring Training is that Mills is entering a position battle with the confidence of having held a starting spot for a whole season, albeit a shortened one.

“I know I have the ability to do a lot of different things,” Mills said. “I know that's an asset to any team. So, I'm just here to hopefully make them make the tough decisions.”