Alan Dixon served as U.S. senator from 1981 to 1993. He won more than 30 elections in his career, beginning as a 22-year-old police magistrate in Belleville, then up the ladder as a state representative, state senator, state treasurer and secretary of state. Dixon was so popular he was nicknamed “Al the Pal.” But he’s probably best remembered for the one election he lost -- to Carol Moseley Braun in the 1992 Democratic primary for Senate.

Dixon had two problems that year. The first was his vote to confirm Clarence Thomas to the U.S. Supreme Court. That angered women so much that Moseley Braun jumped into the race, appealing for their votes. The second was a wealthy lawyer named Al Hofeld, who ran a vanity campaign and used his fortune to attack Dixon. Hofeld peeled off just enough votes to allow Moseley Braun to win the primary with 38 percent. She went on to become the first -- and still the only -- African-American woman in the U.S. Senate.
Dixon has written a book about his career, The Gentleman from Illinois, which he’ll sign Tuesday night from 5 p.m. to 7:30 p.m. at Boone’s Saloon, 301 W. Edwards St., Springfield. 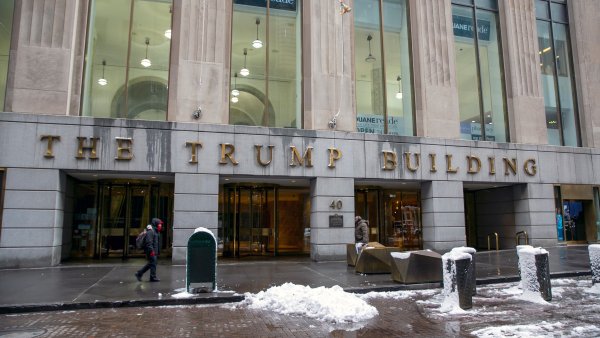 What Comes Next in New York's Investigation of Donald Trump

“I tell it, warts and all!” the 85-year-old Dixon said. “We’re talking rickety planes landing in snow storms in the middle of the night, chicanery, the Daley machine, it’s all there. But things were different then. Even though I was a Democrat, drinks with Presidents Reagan and Bush were always just a phone call away.”
Although Dixon served in a less partisan era, he was a character in an incident that foreshadowed today’s divisive politics. In 1970, when Dixon was running for treasurer, a College Republican named Karl Rove posed as a campaign volunteer, stole his letterhead and printed a letter promising “free beer, free food, girls and a good time for nothing” at the opening of Dixon’s campaign headquarters.
Alan Dixon wasn’t the most famous senator from Illinois -- for most of his tenure, he was overshadowed by his seatmate, Paul Simon -- but he has some stories to tell.