It's a case prosecutors said was filled with "vicious brutality... beyond imagination"

WARNING: Details in this story may be disturbing for some readers

Two suburban teens were charged with murder Thursday, accused of killing another teenager who was strangled and stabbed before being set on fire while still alive.

In a case prosecutors said was filled with "vicious brutality... beyond imagination," 18-year-old Francisco Alvarado, of West Chicago, and 16-year-old Tia Brewer, of Wheaton, were both charged with first-degree murder, armed robbery and concealment of a homicidal death in the killing of 18-year-old Luis Guerrero.

Brewer is in a relationship with Alvarado but used to date the man they allegedly killed, according to authorities. They added that Brewer said Guerrero had raped her, but didn’t say if that was their motivation. 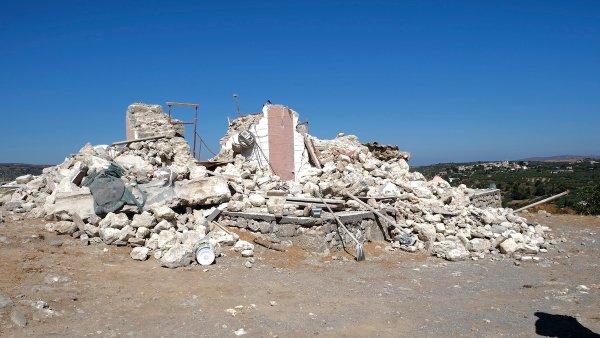 Guerrero's burned body was found smoldering around 11:30 a.m. Tuesday by members of the West Chicago Fire Department during a training exercise. The body was found in the 1300 block of Joliet Street near some abandoned houses.

Authorities allege that Alvarado and Brewer arranged to meet Guerrero, who was previously in a relationship with Brewer, Monday night near the West Chicago Public Library to buy a phone. When Guererro arrived, Alvarado allegedly used a belt to strangle the teen before both he and Brewer stabbed him more than a dozen times in the neck, prosecutors and police said.

The pair then put Guerrero in their Jeep Cherokee and drove to the 1300 block of Joliet Street where they dumped his body. Once there, they called a friend, 18-year-old Jesus Jurado Correa, who was also charged with concealment of a homicidal death, and asked him to bring gasoline, prosecutors allege.

According to authorities, the group poured gasoline on Guerrero and lit him on fire. Officials believe that at one point after that, Guerrero got up and began to run away before Alvarado and Brewer ran him over with their car, took his body back to the initial location and set him on fire once again.

Police located the teens in a Chicago motel room, where they were found with some of Guerrero’s belongings and food packed as though they were planning to flee. According to authorities a backpack with blood on it was found in the room, containing a bloody knife and screw driver inside.

"I can't begin to imagine the pain that Mr. Guerrero must have endured as his life was brutally taken from him," DuPage County State's Attorney Robert Berlin said in a statement.

Both Alvarado and Brewer were denied bail Thursday. Correa's bail was set at $100,000.

Members of the DuPage County Major Task Force and state’s attorney were assisting with the investigation.

Attorney information for the teens was not immediately available. Their next court appearance is set for Sept. 13.