A woman is dead, a man critically hurt and seven others are without a home after a Humboldt Park apartment building went up in flames early Wednesday morning.

It was just before 1 a.m. that firefighters were called to the 1000 block of North Hamlin on reports of still-and-box alarm fire in the apartments near a small storefront, police said.

Fire crews entered the building on the corner of North Hamlin and Augusta to find two people inside: a man in his 70s who was overcome with smoke and a woman in her 40s who was not breathing, police said. 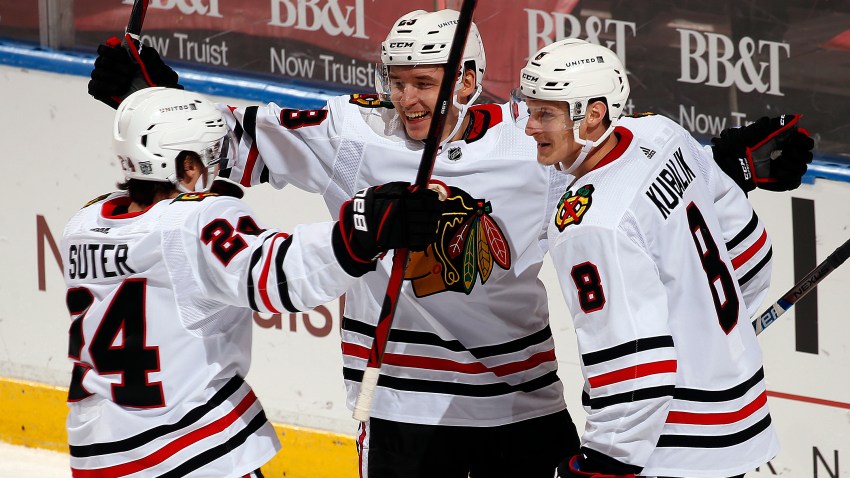 CPR was administered before both victims rushed to Norwegian American Hospital, where the woman was pronounced dead and the man remains listed in critical condition.

Firefighters soon found that not all smoke detectors in the building were working, and many were out of order. Some residents told NBC 5 they were awoken by not the sound of a smoke alarm but instead the screams of their neighbors.

In the light of day, the damage left on the building is severe. Neighbors not only heard the glass blow out, but a woman calling for help.

“When I went to call 911, the fire department was already coming,” said Jose Cedendo, who witnessed the blaze. “When I opened my window to stick my head out, I [saw] somebody trapped in the window."

Smoke detectors were found in the hallways, and in the rear apartment, according fire officials.

"Some were working, some were not,” fire officials said.

"The smoke was horrible,” said Alicia Gates, who lives nearby. “No matter if you opened the windows or closed the windows, rhe smell just kept coming in. It was so strong, it was as if we was in the fire."

Authorities say seven people who lived in the corner building are now homeless, and the Red Cross has stepped in to help them. A mini-mart destroyed on the first floor had recently re-opened under new ownership.

“I could take my kids there, my kids loved the owner, and the owner would always give them snacks and candy,” said neighborhood resident Manuel Cedeno.

The cause of the deadly blaze is still under investigation.