A civil lawsuit alleging ethics violations nearly a decade ago has become an issue in a Democratic congresswoman's bid to unseat first-term Republican U.S. Sen. Mark Kirk in what is expected to be one of the country's most competitive 2016 Senate races.

The complaint alleging workplace retaliation was filed by two employees of a southern Illinois veterans' home against Tammy Duckworth, now a Chicago area congresswoman who at the time led the Illinois Department of Veterans Affairs.

The suit was dismissed by a federal judge in 2008 as a "garden variety workplace case." It was refiled in state court and dismissed again, but then narrowed and brought back a third time. A judge has scheduled a hearing on the complaint for Tuesday, with a trial date tentatively set for next April, a month after the Senate primaries. 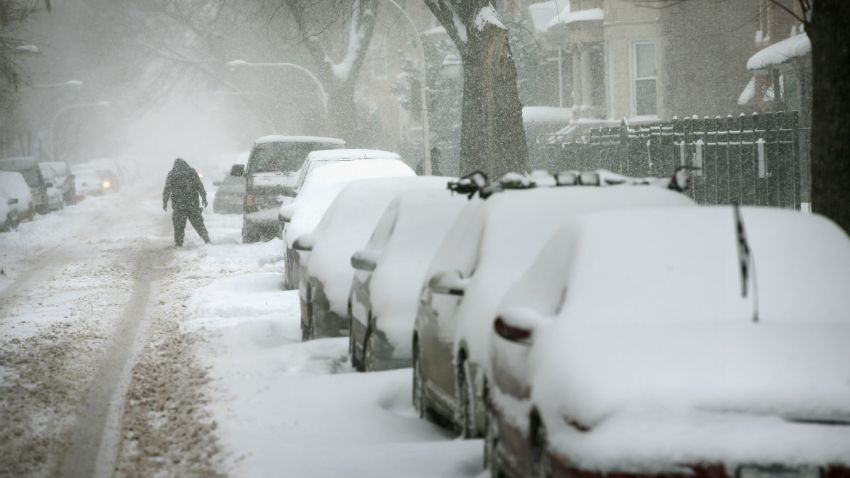 How Much Snow Could Your Area See in Upcoming Winter Storm? Here's a Breakdown

Illinois Republicans have highlighted the case, seeking to thwart Duckworth's bid against Kirk, a moderate in a Democratic leaning state who is seen as one of the most vulnerable Republican senators next year. Kirk, who suffered a stroke in 2012 and has been criticized lately for a string of public gaffes, can expect a tough re-election challenge in a presidential year, especially if Illinois-born Hillary Rodham Clinton is also on the ballot.

The Republicans have portrayed the lawsuit as a "whistleblower" case against Duckworth. The congresswoman denies treating the employees unfairly. Duckworth's defense is being handled by the state Attorney General's Office.

Christine Butler, a 21-year state employee, accuses Duckworth in the lawsuit of firing her for insubordination over complaints about her boss, the facility's acting director. Butler's termination was reversed within days of her meeting with Duckworth.

Denise Goins, a human resources secretary, alleges that her complaints about the same supervisor were also ignored and led to an unfavorable performance review that prevented her from receiving a raise. Goins says that Duckworth urged her in a meeting to "do your job and keep your mouth shut."

The two state workers are seeking compensatory damages of at least $50,000, as well as other financial penalties.

Duckworth, an Iraq War veteran who led the state agency from December 2006 until early 2009 before joining the federal Department of Veterans Affairs, successfully deflected the allegations when she defeated an incumbent Republican for the state's Eighth Congressional District seat in 2012.

But the state Republican Party continues to hammer her on the issue.

"Rep. Duckworth has continuously refused to explain her actions," said Kirk campaign manager Kevin Artl. "It is our hope that the legal system will deliver what she has not — the truth about her actions and justice to the whistleblowers."

The state Republican Party also points to an email it received under Illinois public records laws in which Duckworth acknowledged that she "screwed up" by not first placing the fiscal officer on leave with pay.

Leaders of Duckworth's campaign declined comment, citing the pending legal dispute. But Matt McGrath, an Illinois Democratic Party spokesman, said Kirk's supporters are exaggerating what he termed a workplace disagreement. He called the GOP focus on the suit "the politics of desperation."

"Every time Mark Kirk's campaign hits a bump in the road ... he and his Republican allies start talking about this case again," he said.

Kirk's bid to keep Barack Obama's former seat suffered its own hit last week when a top Republican fundraiser briefly suggested that he should abandon his re-election bid due to recent public gaffes.

The Illinois race is in the national spotlight as Democrats seek to make a net gain of at least four seats to take back the Senate majority won by Republicans in 2014. Should the lawsuit go to trial as scheduled, it would begin just a few weeks after Duckworth faces a March primary challenge from Chicago Urban League CEO Andrea Zopp, a former federal prosecutor.