These days, just about everyone is looking for a way to stay busy and take their minds off the stresses of navigating the new reality of the coronavirus outbreak. But not everyone's quarantine project has gotten a shout-out from Illinois Gov. J.B. Pritzker.

Kimberly Adami-Hasegawa did, thanks to her #SpritzersWithPritzker project, in which she's created a fun new cocktail each day to enjoy as she watches Pritzker's daily updates on the pandemic.

"My goal really was to use this as a little bit of a fun distraction from just being at home and thinking about the news, so it's given me something to do aside from just focusing on how horrible everything is right now," Adami-Hasegawa said. "At night instead of scrolling the news on my phone, I've been cracking open different cocktail books and kind of thinking about what we can do differently."

Adami-Hasegawa, of suburban Forest Park, said it all started last month when she heard on the radio that Kentucky residents were taking part in "Beers with [Gov. Andy] Beshear" and thought it was a "fun idea."

Wanting to come up with something similar for her own state, Adami-Hasegawa said she landed on "spritzers with Pritzker" for two reasons: it rhymes, and the cocktails are "low-alcohol drinks, so they're good for the afternoon" when Pritzker delivers his briefings.

She shared her first take on the idea on March 26, tweeting a photo of her glass - a Campari spritz - held up in front of the governor on the television screen.

Next was an Aperol spritz, then a white wine spritzer and a few non-alcoholic drinks as well. Each day, in addition to a photo of the drink (always in front of the television showing the governor's briefing), she tweets the recipe as well.

Adami-Hasegawa, who works as a greeting card designer, said she enjoyed making drinks at home even before the pandemic began, drawing from her and her husband's "pretty extensive home bar."

She said about half the cocktails she's made have been from a book - she sometimes works from one she owns about spritzes from Italy - and the other half she creates herself using just what she has on hand and in the refrigerator.

Chicago Mayor Lori Lightfoot posted a hilarious video on social media Monday, showcasing several “versions” of herself to motivate people to self isolate during the coronavirus outbreak.

"This week I'm going to experiment more," she said Monday. That includes her upcoming drink based off Forest Park, she said, wanting to give one of her cocktails a "hometown spin."

Adami-Hasegawa said excursions in Forest Park are one of the things she misses most as she practices careful social distancing.

While she's able to work from home, she said her husband is an essential worker at Trader Joe's - making their experience "a bit stressful" as he can't completely isolate to reduce their potential for exposure to the virus.

"I feel like we're both carriers at all times. I've really limited how much I leave the house," Adami-Hasegawa said. "It's been a little lonely. We're pretty social people - I miss going out to dinner, I miss running into friends."

"Forest Park is really such a small town. You bump into someone and you just end up getting drinks with them by chance," she continued. "There's no happenstance run-ins when you're home."

While there might not be many surprises at home, Adami-Hasegawa did have a big one last week when Pritzker mentioned her at the beginning of his Thursday briefing.

“A special cheers to the Forest Park resident who tweets every day that he (sic) has faithfully enjoyed a cocktail or a mocktail during this press conference every afternoon since March 26," Pritzker said in his opening remarks. "So know that your hashtag ‘SpritzersWithPritzker’ has brought a smile to the governor’s office staff, and lots of people seem to appreciate you tweeting the drink recipes too. So thank you."

"It was a huge shock," Adami-Hasegawa said of the mention. "A couple of his staffers had liked my tweets and responded, but I thought that was as far as it would go."

"I turned it on that day and I heard him mention a Forest Park resident. I literally screamed because I was so shocked. Then my phone started blowing up with texts from friends," she recalled. "It's been kind of an adventure from there." 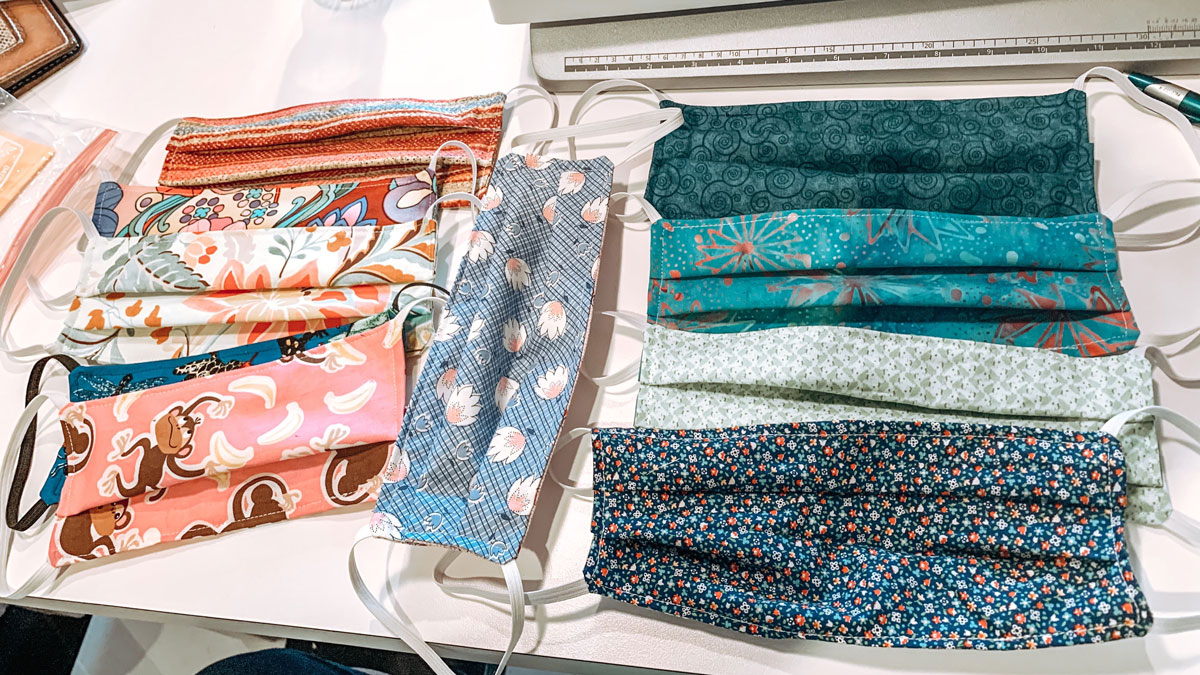 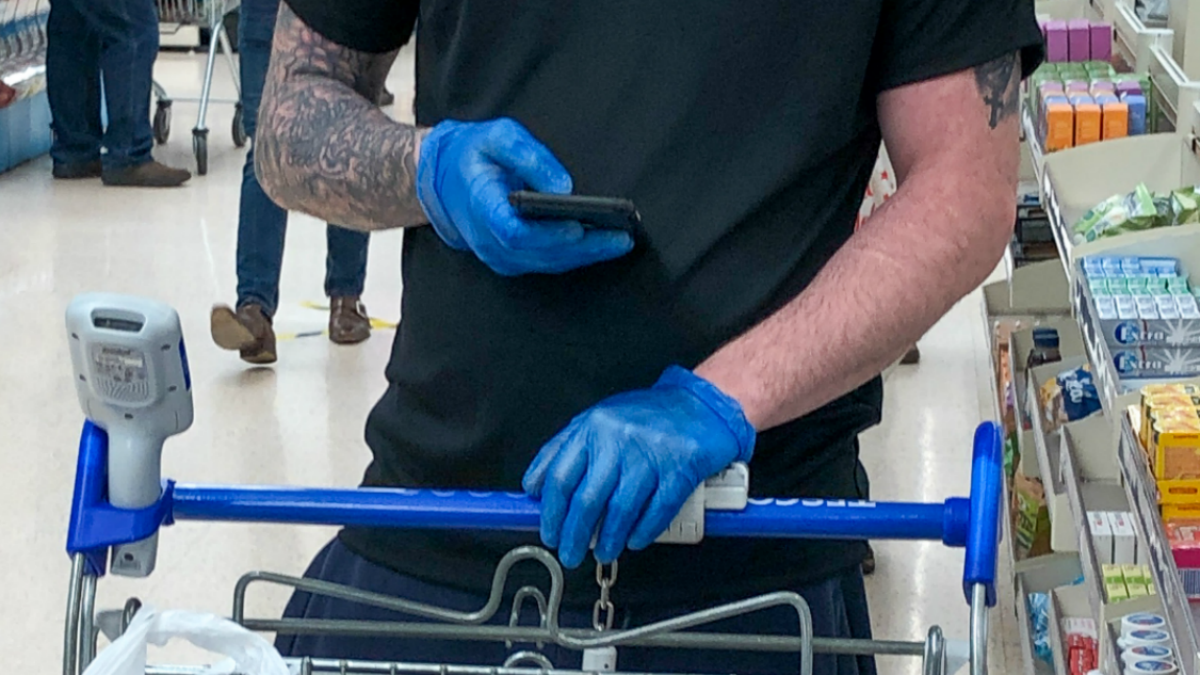 "When I started the hashtag, I thought a few friends would join in. But none of my friends joined in," Adami-Hasegawa said with a laugh. "It wasn't until the governor gave his little shout-out that some of them were like, 'Hey, why weren't we doing this with you?'"

Adami-Hasegawa said she does feel like the governor's mention added "a little bit of pressure" to continue with her drinks each day - noting that when it all began, she "hadn't really anticipated keeping things going into April."

But, she said she hopes to continue mixing up drinks for as long as the briefings go on.

"I can't promise a new cocktail every single day, but I hope so," she said.

With flu season well upon us, and concerns over the coronavirus growing, NBC 5’s Lauren Petty visited Northwestern Hospital and talked to Dr. Igor Koralnik. Koralnik shows us the right way to get your hands clean in 60 seconds.

"We were watching them every day at the office" before transitioning to working remotely, Adami-Hasegawa said, noting that once she eventually returns, "maybe it'll just be a can of club soda then, but I'm going to try to keep watching and listening and keep making drinks."

One of the things she's enjoyed most about the project, she said, has been getting to know her "fellow Illinoisans" who respond to her tweets, chatting and keeping things light in a stressful time.

"I think it's good to have a little routine even though everything's kind of disheveled right now," she added. "Once you're working from home everything kind of blends together, so it's been a nice little break for me."