The senator's campaign released a new TV advertisement Thursday that frames the senator as “bipartisan” and “independent" on a series of issues.

Sen. Mark Kirk's campaign released a new TV advertisement Thursday that frames the senator as “bipartisan” and “independent" on a series of issues.

According to the Kirk campaign, $285,000 will be spent on ad buys in the Chicago market through the end of June. 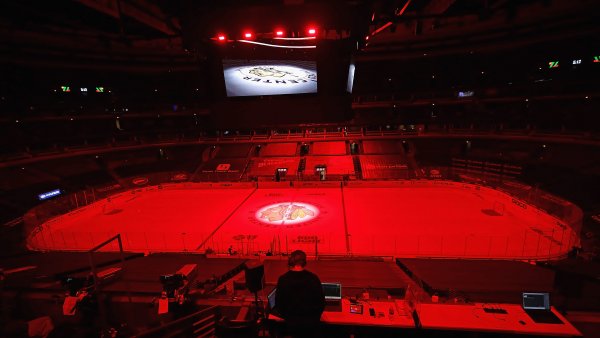 In a highly-publicized move, Kirk walked back his endorsement of Trump earlier this month, calling the candidate's comments about the heritage of a Hispanic judge presiding over lawsuit against his beleaguered Trump University “un-American.”

Kirk originally told NBC Chicago that he would support Trump if he became the GOP’s presidential nominee in March.

In May, Kirk also told USA Today that he would be willing to serve as a national security advisor to Trump, but called the divisive nominee “a river boat gamble.”

Kirk plans to skip the Republican National Convention in July.

The ad also points out that Kirk was the first Republican senator to meet with Obama’s SCOTUS nominee Merrick Garland. The two sat down in March. Kirk also urged Republican lawmakers to “man up and cast a vote” on Garland shortly after he was nominated.

A group of senators, led by Senate Majority Leader Mitch McConnell, continues to stifle the nomination process for Garland.

Kirk is locked in a highly-contested bid for reelection against Rep. Tammy Duckworth. Duckworth’s campaign responded to the ad Thursday, claiming Kirk lied about his military service record. Duckworth, a combat veteran, lost her legs piloting a helicopter in Iraq.

“Republican Senator Mark Kirk has lied for many years about his military record, falsely claiming to have served in combat and claiming an award he never earned, and now he’s not being straight with Illinois voters by portraying himself as a liberal Democrat in Chicago while apparently hoping no one else across the state notices,” Duckworth campaign spokesman Matt McGrath said in a statement. “You can always count on two things from Kirk: dishonesty and crude political calculation, and this ad has an abundance of both.”

During Kirk’s initial run for Senate in 2010, it was revealed that he didn’t serve in Operation Iraqi Freedom as part of the Navy Reserve, like his campaign biography said, but rather served at the same time as the conflict.

Additionally, The Washington Post reported that Kirk "inaccurately claimed" the Navy’s "Intelligence Officer of the Year" award, and had been doing so since 2002.

Kirk ultimately apologized for the misrepresentations and beat out former Illinois Treasurer Alexi Giannoulias for the Senate seat.

Kirk’s campaign responded to the claims, pointing to Duckworth’s upcoming civil trial related to a workplace retaliation lawsuit stemming from the congresswoman’s time as Director of the Illinois Department of Veterans Affairs.

“A hyperbolic and petty response by Duckworth meant to distract from the fact that she is going to trial in August and still refuses to say whether she will testify or not in her own trial,” Duckworth spokesman Kevin Artl said in a statement.

The trial, which is set to start August 15, might not go forward because Duckworth’s legal team is reportedly in closed-door talks to settle the case. The Kirk campaign claimed the potential settlement means that the congresswoman "does not want the truth to come out."

Nevertheless, a spokeswoman for Illinois Attorney General Lisa Madian, who is representing Duckworth in the case, said the settlement meeting was "initiated by the judge," according to the Chicago Tribune.