Chicago's only Republican state lawmaker has resigned after nearly 23 years in office.

State Rep. Michael McAuliffe announced his retirement Monday, effective immediately, from the 20th District, which he's represented since 1996. His resignation creates a vacancy amid a political shake-up on the city's Northwest Side and for the time being, leaves the city of Chicago represented solely by Democrats in both chambers of the state legislature.

"While I never set out to spend 13 terms in Springfield, I felt a higher calling for public service and responsibility to my community," McAuliffe said in a statement announcing his decision, one that he said "did not come easy."

"I’ve worked extremely hard to represent my constituents and bring their minds and hearts with me on every 200-mile drive to Springfield, but I’ve decided it’s time to yield to an even higher calling, my family," McAuliffe continued, adding that he realized he has "already missed too many" milestones of his children, ages 7 and 9. 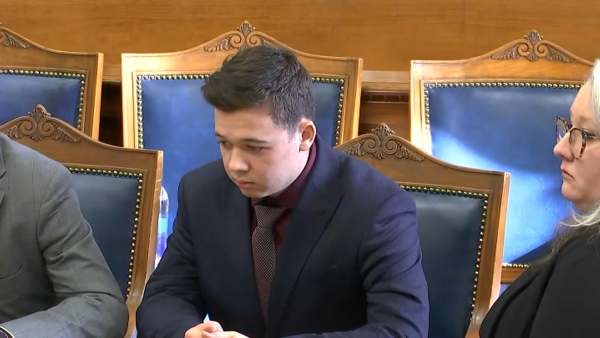 His retirement marks the end of an era for the 20th District, as his father Roger McAuliffe represented it from 1973 through his death in 1996. Michael McAuliffe succeeded his father shortly thereafter.

House Republican Leader Jim Durkin noted the significance of the transition in a statement praising McAuliffe, saying, "For the first time in 45 years, there won't be a McAuliffe representing the Northwest side communities of Chicago."

"Mike has seen Illinois in its best and worst of times - and he has been a part of making this state, and his district, a better place for Illinois residents," Durkin continued, adding, "Mike is a symbol of the Illinois House of Representatives and has been a respected leader of the House Republican caucus. He will be sorely missed by all under the dome in Springfield and throughout Illinois."

McAuliffe's retirement all but ensures that the 20th District - which also encompasses parts of Rosemont, Niles and more northwest suburban communities - will be a battleground in the next election cycle.

McAuliffe's 2016 general election against Democrat Merry Marwig was among the most-watched state legislative races in Illinois, with big money pouring into both candidates' campaign coffers, largely from their respective parties. Marwig told Politico Illinois that she won't be running again, but several names have already been floated as potential Democratic contenders in 2020.

McAuliffe serves as the 41st Ward Republican committeeman, giving him a weighted vote in the selection and appointment of his successor. News of his retirement came days after the Illinois Supreme Court announced that state Sen. John Mulroe - a Democrat whose district includes McAuliffe's - would be appointed to fill a vacant Cook County judgeship.

Mulroe is expected to step down from his legislative office by Friday, when his appointment takes effect, leaving another vacancy - and plenty of speculation on his replacement - on the city's Northwest Side.