Smollett was charged for a second time in the ongoing case on Feb. 11, this time on six counts of disorderly conduct

Former "Empire" actor Jussie Smollett on Monday entered a plea of not guilty to new charges brought by a special prosecutor, alleging he staged a racist and homophobic attack on himself last year.

Smollett appeared before a judge for the first time in Chicago Monday to be arraigned in the new case and was released on his own recognizance, signing an agreement to appear in court in the future, and without having to pay bail.

Smollett was charged for a second time in the ongoing case on Feb. 11, this time on six counts of disorderly conduct for "making four separate false reports to Chicago Police Department officers related to his false claims that he was the victim of a hate crime, knowing that he was not the victim of a crime," Special Prosecutor Dan Webb said in a statement at the time.

Jussie Smollett arrived at court in Chicago surrounded by members of the media, some of whom trip and fall in a chaotic scene as he walks into the building. Smollett is appearing for the first time on new charges related to his report of a racist, anti-gay attack on himself, which authorities allege was staged.

"This indictment raises serious questions about the integrity of the investigation that led to the renewed charges against Mr. Smollett, not the least of which is the use of the same CPD detectives who were part of the original investigation into the attack on Mr. Smollett to conduct the current investigation, despite Mr. Smollett's pending civil claims against the City of Chicago and CPD officers for malicious prosecution," Smollett's attorney Tina Glandian said in a statement after the actor was indicted once again.

"After more than five months of investigation, the Office of the Special Prosecutor has not found any evidence of wrongdoing whatsoever related to the dismissal of the charges against Mr. Smollett," Glandian continued. "Rather, the charges were appropriately dismissed the first time because they were not supported by the evidence. The attempt to re-prosecute Mr. Smollett one year later on the eve of the Cook County State's Attorney election is clearly all about politics not justice."

For the first time since new indictments were handed down by a special prosecutor against Jussie Smollett, Cook County State's Attorney Kim Foxx spoke publicly about the case. NBC 5's Charlie Wojciechoswki reports.

Webb, a prosecutor-turned-star lawyer who is highly respected in legal circles, was appointed special prosecutor by a judge in August to investigate Smollett's case in the wake of backlash.

At Monday's hearing, Glandian filed a motion to dismiss the indictment for a violation of the Double Jeopardy Clause—which prohibits anyone from being prosecuted twice for the same crime. Glandian also filed a motion seeking a supervisory order and a stay from the Illinois Supreme Court, challenging the authority to appoint a special prosecutor in the first place.

Smollett first reported he was the victim of a racist and anti-gay attack in Chicago in January 2019. Police later alleged Smollett staged the attack because he was dissatisfied with his salary.

Police at the time said Smollett paid two brothers $3,500 to carry out the staged attack. Evidence, including text messages and video surveillance, emerged of the brothers communicating with Smollett days before the alleged attack. One of the brothers, fitness trainer Abimbola Osundairo, appeared on Smollett’s show at the time “Empire.”

The attorney for two brothers accused of helping Jussie Smollett stage a racist and anti-gay attack on himself in Chicago addresses a new indictment against the “Empire” actor. The brothers are currently in the middle of a legal battle with Smollett and his attorneys.

The case raised questions over how State's Attorney Kim Foxx and her office handled the investigation, and why the charges were dropped.

Then-Supt. Eddie Johnson and then-Chicago Mayor Rahm Emanuel blasted the decision to drop charges. The city has since sued Smollett, demanding more than $130,000 to cover the cost of police overtime incurred during the investigation. The city is still working to recover the payment, according to the spokesperson for the city's Legal Department.

When Webb was first tapped to lead the investigation into the case, after a former judge petitioned for the appointment of a special prosecutor, he said he planned to investigate if any persons or offices involved in the case "engaged in any wrongdoing" and "determine if reasonable grounds" existed to prosecute the actor.

When Smollett was indicted by a grand jury on Feb. 11, Webb said his investigation concluded "further prosecution of Jussie Smollett is 'in the interest of justice.'"

Webb added that his office "has obtained sufficient factual evidence to determine that it disagrees with how the [Cook County State's Attorney's office] resolved the case," but noted a determination on whether anyone involved engaged in wrongdoing "has reached no conclusions."

A year later, multiple legal battles wage on. Smollett has countersued the brothers accused of helping him to stage the attack and the city for defamation. The Osundairo brothers have filed a separate federal lawsuit against Smollett’s lawyers, Glandian and Mark Geragos, for accusing them of attacking Smollett, even after the investigation was complete. 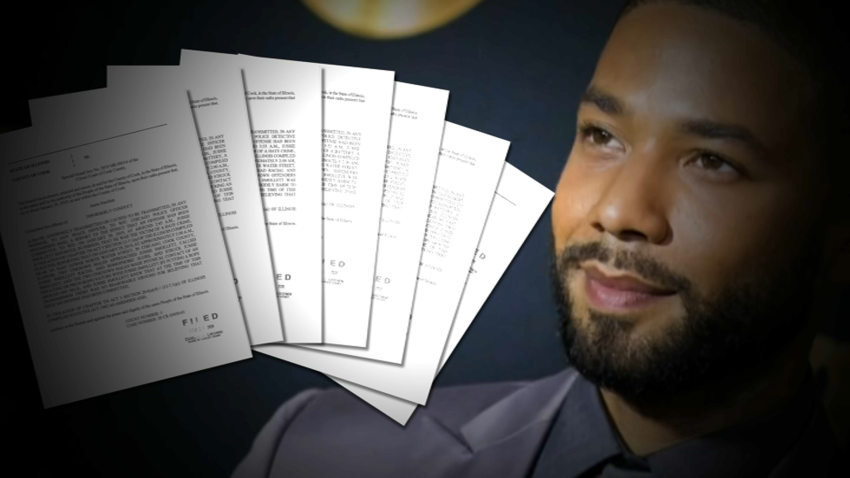 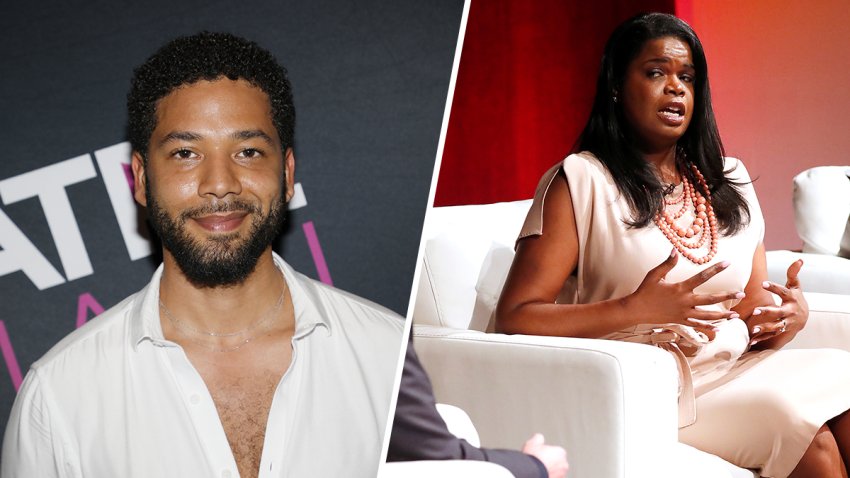