State officials have taken action against Six Flags Great America as a result of an NBC5 Investigation into first-aid care at the popular north-suburban theme park.

The Illinois Department of Public Health filed a "Notice of Violations of the Illinois EMS Act" against Six Flags in late July, citing the park for lapses in supervision over its EMS operations over a three-and-a-half-year period, from 2010 to July of 2013.

In the notice, IDPH said that Six Flags’ emergency care "… was not provided under the written or verbal direction of a statutory EMS Medical Director…" and that "…[Six Flags Great America] held its EMT-Basic employees out as Emergency Medical Technicians."

EMTs generally have more extensive training and authority than EMT-Basic employees, and are licensed to perform more critical emergency procedures.

The IDPH action resulted from an NBC5 Investigation from last May, in which a group of former employees at Six Flags Great America raised serious questions about the way first aid was being delivered at the Gurnee park.

The women told NBC5 Investigates that the people in charge of emergencies at Six Flags were neither doctors, nor paramedics, nor EMTs.

"I would say the quality of care we were forced to give is not good," Karen Wilkison, a former first aid worker at the park, told NBC5 Investigates in May.

At the time, Six Flags officials said in a written statement: "We conform to, or exceed, all local, state and federal standards for emergency care," and added that their medical care program is reviewed by an emergency room doctor off-site.

But in a statement, a spokesman for IDPH acknowledged that "NBC’s inquiries led the Department to conduct an investigation that identified a lack of compliance with the EMS Act, which resulted in corrective action being taken. To date, the Department does not have evidence that a patient received substandard care."

Navy Pier to Screen NBC's ‘Annie Live!' at Light Up the Lake Event 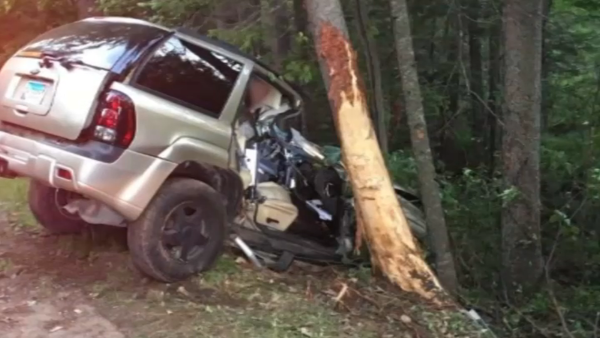 Will Wisconsin Share DUI Info With Illinois and Other States?

And in fact Six Flags did respond with a proposal for corrective action, two weeks after receiving the Notice of Violations. In a letter included with the response, Charles Salemi, Six Flags Great America’s president, does not contest the violations. He said in part: “While we believed that our EMT-Bs were in full compliance with all requirements by reporting to, and being supervised under the direction of, a licensed physician in Illinois, upon learning that we were not in compliance, we took immediate steps to work with Highland Park Hospital to address the issue.” Highland Park Hospital has some oversight over Six Flags’ EMS operations.

Six Flags also filed a written “Plan of Correction” (POC) which promises to increase the training, certification, and supervision of its first-aid employees. Six Flags stated that it planned to review its revised protocol with doctors at Highland Park Hospital, and submit documentation to those doctors showing how it will change things to comply with the Illinois EMS Act. Once approved by the Highland Park doctors, Six Flags planned to submit everything to the IDPH.

Now a spokesman for IDPH says that Six Flags did, indeed, submit a response and documentation “…that would add all EMT-B into the Highland Park EMS System. This would make the POC complete. The Department is currently reviewing the amendment and we anticipate … a decision on the acceptability of the plan by the end of the week.”

To date NBC5 Investigates has not yet gotten final confirmation that IDPH has made a final decision on Six Flags’ compliance.