Chicago is a leader in many industries. Beginning on May 1, it will also become a leader in Education, when the Education Nation on The Road Tour makes its first stop, right here in the Windy City.

Education Nation is a NBC News initiative that began in 2010 as a way to create a dialogue with policy makers, thought leaders, educators and the public in order to provide every American with the opportunity to pursue the best education in the world.

The event was such a huge success that its creators decided to take it on the road. 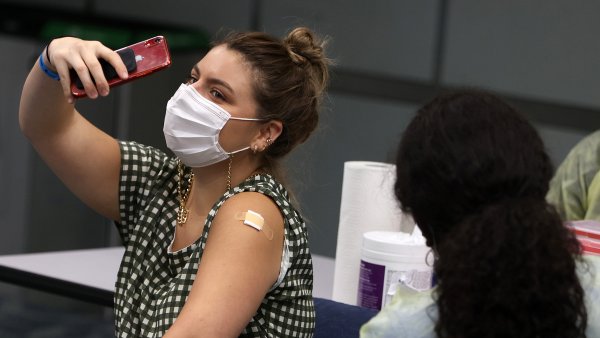 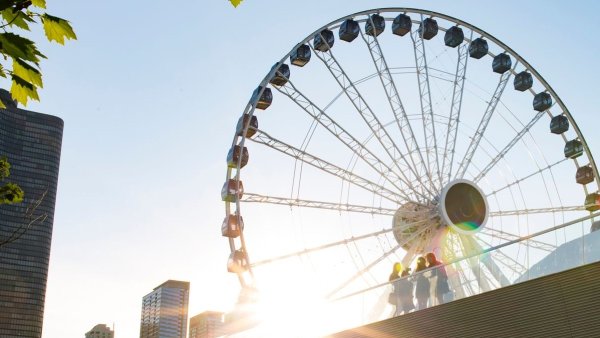 Take a look at the following press release for details on a week's worth of events, and stick with NBCChicago for livestreaming coverage, interesting stories and continued education coverage.

NEW YORK, NY—April 21, 2011— In an effort to continue the national conversation sparked last fall with the launch of “Education Nation” in New York City, NBC News is launching “Education Nation On-The-Road.” Making its first stop in Chicago on May 1st, the NBC News team will spend a week in the city, partnering with its owned and operated station, NBC 5 Chicago, and its sister networks, MSNBC, CNBC and Telemundo, to create a public dialogue around education issues faced by the Chicago area. During the week, NBC News will air education-focused programming and host a series of special events that bring Chicago business leaders, elected officials, educator, parents and students together to share information, exchange ideas and inspire change.

"Educating our children is the single most important thing we can do, and we are privileged to be working with NBC News on this effort,” said Larry Wert, President, Central & Western Region, NBC Local Media.  "This comprehensive line-up of events will provide an open forum for education issues that is unprecedented in the Chicago area. We will be covering it all on NBC 5 News, nbcchicago.com, and Chicago Nonstop throughout the week."

On Sunday, May 1, at 1:00p, MSNBC’s Tamron Hall and NBC 5 Chicago’s Allison Rosati will lead a live Teacher Town Hall forum from NBC 5 Chicago Studios that brings together local educators of all levels for a frank and open discussion about what works in the classroom and how to address the top challenges facing the region’s education system. Teachers will be invited to participate in-person or via webcast with the ability to provide comments and feedback through the “Education Nation” website (educationnation.com) and social media platforms. The Teacher Town Hall will be televised live on Chicago Nonstop (Digital Channel 5.2, Comcast 341, RCN 50 and WOW 130) and streamed live on EducationNation.com and nbchicago.com.

On the evening of Thursday, May 5, Chicago’s leading business and civic leaders will gather at the Field Museum for “Job One: Preparing America to Compete in the 21st Century”— a moderated panel discussion led by NBC News’ Andrea Mitchell and NBC 5 Chicago’s Lisa Parker.  As Chicago prepares to usher in new leadership for the first time in nearly a generation, panelists and guests will share ideas and recommendations for ensuring the region’s students and workforce have a competitive edge in our global economy. The  "Job One" event will be televised live on Chicago Nonstop (Digital Channel 5.2, Comcast 341, RCN 50 and WOW 130) and streamed live on EducationNation.com and nbchicago.com.

All week, from Monday, May 2 through Saturday, May 7, the “Education Nation Experience” installation on the plaza in front of NBC Studio 5 will be open to the public and school groups.  The state-of-the-art exhibit is designed to engage school groups and the broader community by using video and interactive tools to explore the skills, knowledge and training required to succeed in the 21st Century.  With help from Telemundo, the experience will feature bilingual content and Spanish materials will be available to visitors of the exhibit.

“Education Nation On-the-Road” will also make stops in Los Angeles (beginning May 13) and Philadelphia (beginning June 5). University of Phoenix is the title sponsor of “Education Nation On-The-Road." NBC News is also enlisting the support of several of its “Education Nation” partners, including The Bill and Melinda Gates Foundation, Scholastic, and America’s Promise Alliance in the development of these programs.

Telemundo will kick off the 8th edition of its national multiplatform educational campaign "El Poder de Saber" (The Power of Knowing) at the start of the “Education Nation On-the-Road" tour in Chicago. The US Hispanic network will present all “Education Nation” news coverage under the banner of this annual long-standing initiative focused on promoting the educational advancement of young Latinos. With a focus on secondary education, “El Poder de Saber” also provides research information, scholarships and interactive tools to help students, parents and teachers counter the increasing high school dropout rate among Latinos.

If you are a reporter interested in covering any of these events, please send a request to Meghan Pianta at NBC News Communications— meghan.pianta@nbcuni.com.

"Education Nation" seeks to create a thoughtful dialogue with policymakers, thought-leaders, educators and the public, in pursuit of the shared goal of providing every American with an opportunity to pursue the best education in the world. These informed discussions will cover the challenges, potential solutions and innovations spanning the education landscape. By providing quality information to the public, NBC News hopes to help Americans make decisions about how best to improve our education system both in the near and long terms, with the goal of making America, once again, the "Education Nation" of the world.