Erika Barber of suburban Arlington Heights said she watched in horror in early 2009 as her stepfather, William Ruppel, repeatedly jolted in the final six hours of his life.

“Dozens of times,” Barber said. “He lifted up out of bed. Made a noise.”

Ruppel was under home hospice care after being diagnosed with two forms of leukemia. Months earlier, he had received an implantable cardioverter defibrillator for a heart condition. The device, also known as an ICD, can deliver a shock to someone experiencing cardiac arrest. 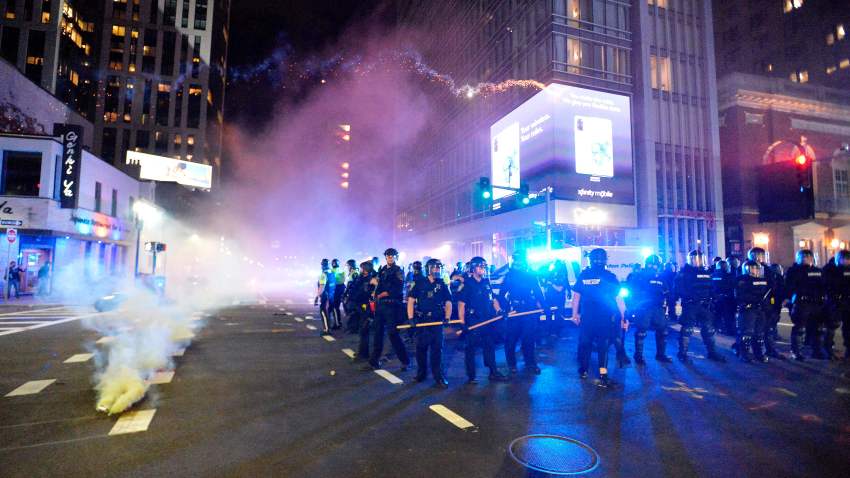 “I knew immediately that the defibrillator had not been turned off when he was discharged to hospice,” Barber said. “ I could not believe that that was a step that got missed.”

Ruppel had elected not to have resuscitation. Barber said she and the hospice nurse contacted medical staff, who told them to use a magnet to deactivate Ruppel’s defibrillator.

However, Barber said she was not in the state of mind to process what that meant.

“I had no concept of that and the hospice staff didn’t know, either,” Barber recalled.

She said a representative of the ICD manufacturer eventually arrived and deactivated the device with a computer. Barber said her stepfather died within minutes.

NBC 5 Investigates has learned similar jolting incidents have happened to hospice patients with ICDs, according to independent medical and hospice experts.

Dr. Bradley Knight, a cardiac electrophysiologist at Northwestern’s Bluhm Cardiovascular Institute, said some hospice patients still have a very fast rhythm at their terminal states and that’s what an ICD is designed to treat. As a result, hospice patients often choose to deactivate the shocking functions of their ICDs, which can also serve as pacemakers.

“Most patients, when they’re transferred to hospice, have healthcare providers who are taking care of them that should be aware that they have an implantable defibrillator and that conversation should be made far earlier than when it reaches that stage,” Knight said.

The National Hospice and Palliative Care Organization issued a position statement in 2008 for hospices to establish procedures and protocols that would provide available safeguards for patients with ICDs.

“It is important that hospice workers know what to do,” said Dr. Michael Mencias of MJHS Hospice and Palliative Care. “Hospice workers are trained, or should be trained, about how to go about that discussion with patients and families about what an active ICD means, what the experience feels like, what the implications are of deactivating it.”

Barber is pushing for lawmakers to take defibrillator education a step further. She said “Do Not Resuscitate” and “Physician Orders for Life-Sustaining Treatment (POLST)” forms should include a checkbox for patients to indicate they have a defibrillator and whether they want life-sustaining treatment performed.

“The more people that are familiar with your wishes and your treatment plans, the better,” Barber said.

A spokesperson for the Illinois Department of Health said current POLST forms include a line for patients to add information regarding implanted devices. Still, the state considers the topic to be a conversation starter between doctors, hospices and patients’ families.

Mencias said an estimated 1 ½ million Americans have implanted defibrillators and 150,000 ICDs are implanted every year.